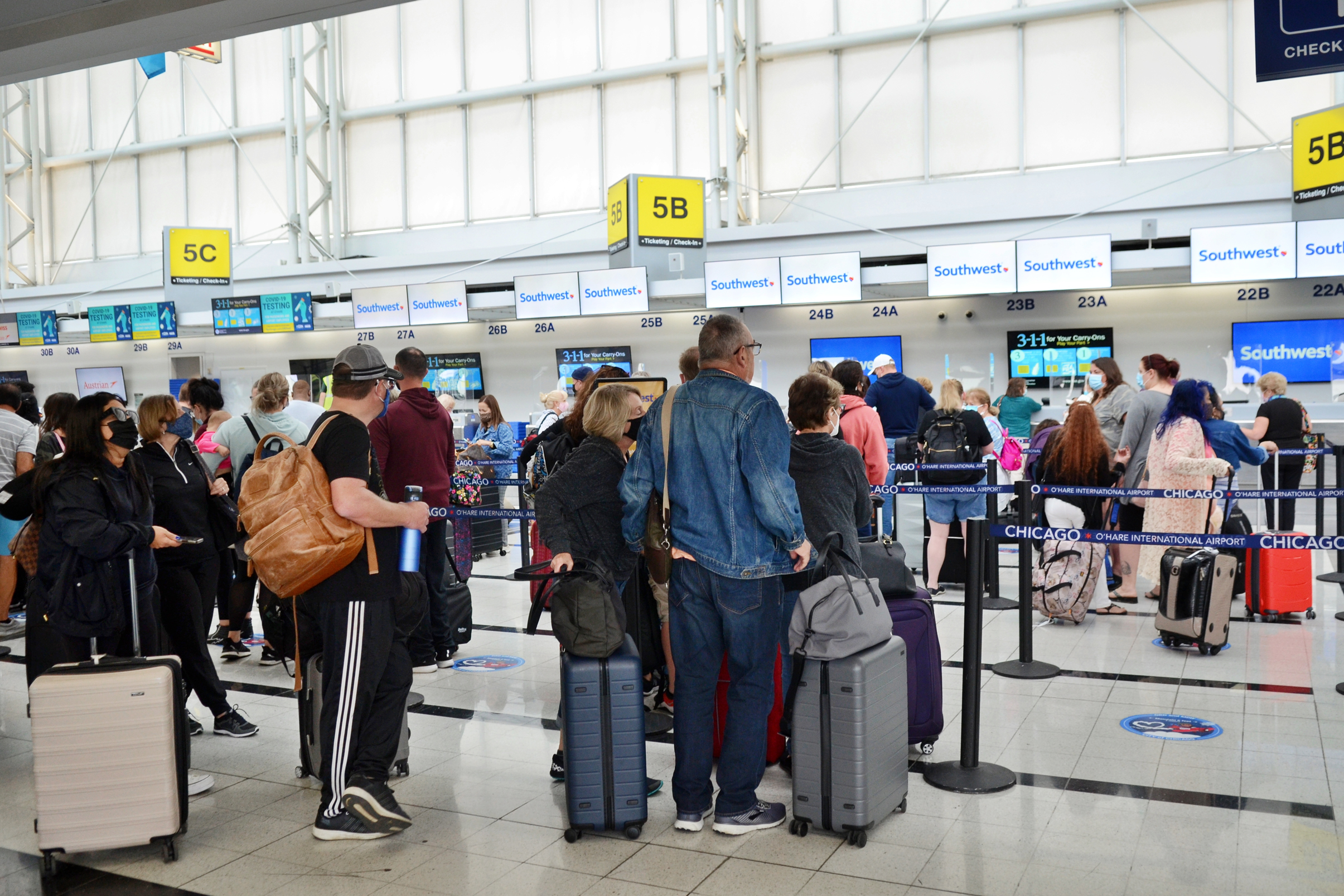 A record 4.4 million people voluntarily left their jobs in September, according to data from the Bureau of Labor Statistics. As the nationwide labor shortage continues to pick up steam, retail workers, hospitality and service workers and truck drivers are in especially short supply. There is even a Santa Claus shortage, despite the fact that hiring Santas for appearances now costs upwards of $300 an hour.

The ramifications aren’t limited to America’s workforce, or the companies struggling to hire employees. Virtually every part of the economy is being affected by the labor shortage, and the fallout could cause troubles with your holiday plans — and your budget.

Some workers have left their jobs over coronavirus concerns, others have quit because of fears of contracting the virus or transmitting it to loved ones. Others are joining a growing movement known as the “Great Resignation,” seeking better working conditions, higher pay, a career change or just an extended break.

Whatever workers’ reasons for quitting their jobs, it’s now more difficult than ever for businesses to hire and retain employees. And that could spell headaches for consumers just in time for the holiday season.

Short-staffed businesses may have trouble fulfilling orders or providing sales assistance in stores, and many are being forced to limit hours or cut back on services. As prospective employees gain more leverage, businesses that offer raises and bonuses to attract workers are likely to pass those extra costs on to customers in the form of higher prices.

From travel delays to toy shortages to out-of-stock staples at the supermarket, here’s what consumers should prepare for this holiday season.

The travel industry has been among the hardest hit by the worker shortage. Airlines laid off tens of thousands of workers in 2020, and although they are hiring now that customers are flying again, the industry has yet to recover all the jobs it lost. According to data from the U.S. Department of Transportation, the number of people employed by airlines in September 2021 was 718,811. During the same month in 2019, that number was 743,100.

It’s not just your flight that may be cancelled or late. Staffing concerns are also impacting airport services: the Sacramento Bee reported last week, for instance, that a food worker shortage has prompted the closure of five food and beverage concessions at Sacramento International Airport and forced others to reduce hours.

With demand for holiday travel rising – especially now that the United States has lifted a ban on international visitors – travelers should prepare for delays, cancellations and other headaches.

A shortage of truck drivers and retail workers means that many companies are struggling to move merchandise from congested ports into warehouses and onto shelves. The worker shortage has exacerbated delays caused by a snarled global supply chain, and the result is that lots of popular holiday gifts like video game consoles, Pokemon cards and Squishmallows are already sold out or difficult to find.

Meanwhile, Americans are ready to spend more than ever before. Deloitte is projecting that consumers will spend between 7% and 9% more this holiday season than they did last year.

The bottom line: if there’s a special gift you have your eye on, the best way to avoid delays is to shop early. About half of consumers that have started their shopping have already encountered supply chain issues like out of stock or delayed items, according to Morning Consult. Many major retailers – including Amazon, Target, Walmart and Wayfair – are offering early discounts, but if you’re able to wait, the best deals may come after the holidays.

The labor shortage also extends to grocery stores, some of which have reduced hours as they struggle to fill open positions. Schnucks, a grocery chain in the midwest, announced earlier this fall that it would close most of its stores an hour earlier “in response to the challenging labor market as well as evolving customer shopping patterns.” Grocery chain Harris Teeter also cut store hours in September.

Several major food companies have announced they’re raising prices, partly due to the rising cost of labor and difficulties finding workers. Among the many popular foods seeing price hikes are Oreos, Doritos, Ben & Jerry’s, Skippy peanut butter and more. Unilever, the parent company of ice cream-maker Ben & Jerry’s, told a distributor in September that it would de-prioritize certain flavors in favor of more popular ones because of constraints caused by labor shortages.

Adding to the supermarket labor challenges is the ongoing supply chain crisis, which is also to blame for some stock issues and shortages on grocery store shelves. It’s a good idea to shop early, since holiday staples like turkeys and cranberries could be more difficult to find this year.

If you do find what you’re looking for in the store, it’s likely to be a little more expensive than usual thanks to inflation, which hit a 30-year high of 6.2% on a yearly basis in October, with food prices (at restaurants and at home) up 5.3% over the past 12 months.

No Santa at the mall

There’s one more critical position that’s been hard to fill this fall: Santa Claus. Demand for Santas is booming now that Americans are becoming more comfortable with in-person gatherings. Santas are an especially hot commodity – especially since many former Santas have retired or opted out of work because of coronavirus fears — and today’s working Santa Clauses can command $175 to $300 an hour, the Wall Street Journal reported.

There may be a silver lining for those willing to meet Santa via Zoom: “Yes, we have lost some Santa Claus portrayal artists to COVID-19 and other illnesses, and other causes such as retirement,” Ed Taylor, founder of the Worldwide Santa Claus Network said in a statement on Monday. But he added: “We also have many new, first-year Santas and many Santas opting to provide virtual visits … virtual Santa visits have changed everything.”

Holiday Shortages! Toys, Turkeys, Christmas Trees and (Gulp) Wine Could All Be Hard to Come by

Inflation Just Hit a 30-Year High, and Prices for These Goods Are Rising the Fastest