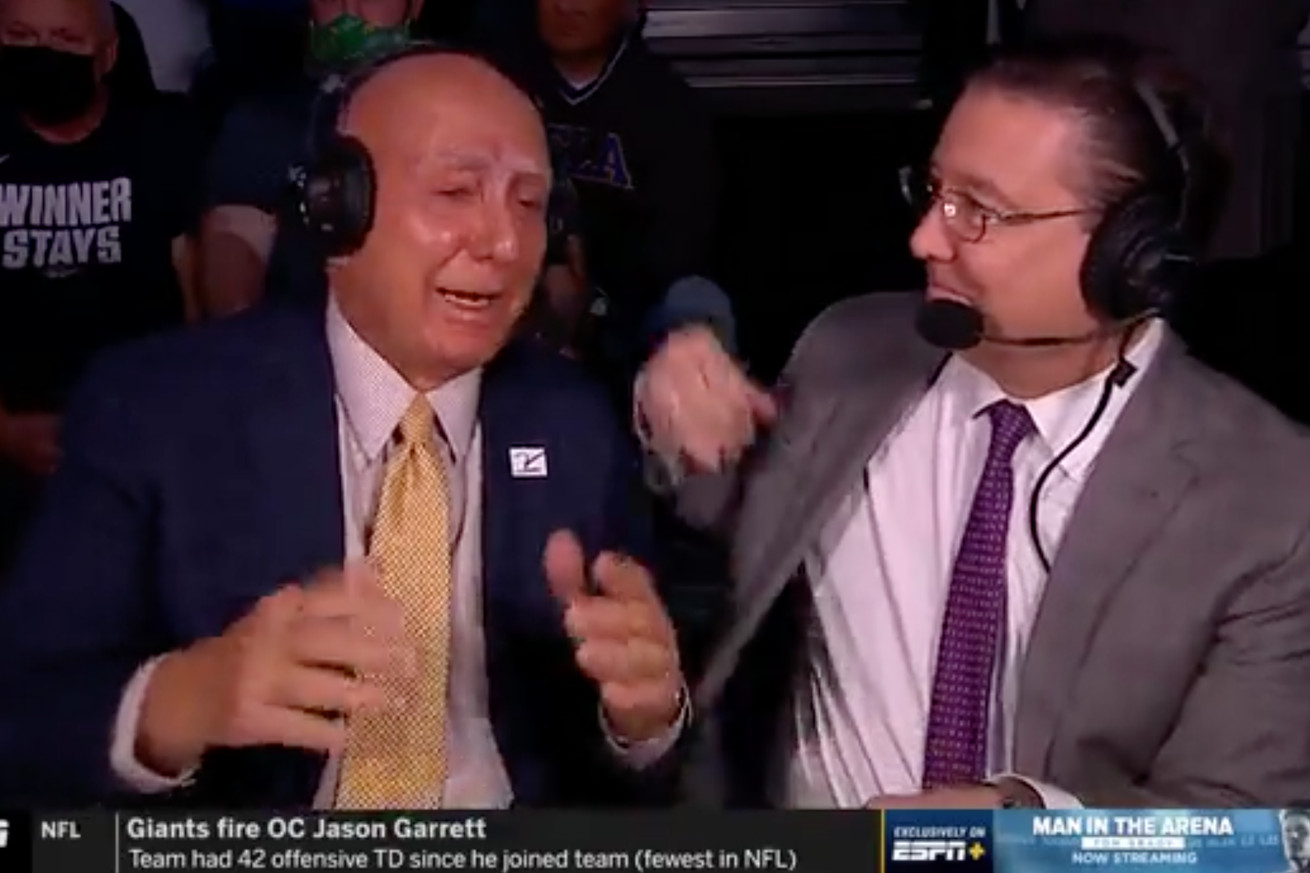 It’s so good to have Dickie V back.

Dick Vitale broke down in tears as he made his season debut on ESPN after being diagnosed with cancer last month. Vitale was on the call for No. 1 Gonzaga vs. No. 2 UCLA in Las Vegas on Tuesday night, and his introduction was a heartfelt moment for the legendary broadcaster.

Vitale has been synonymous with college basketball during his four decades as the face of ESPN’s coverage. Now 82 years old, Vitale was diagnosed with lymphoma in Oct., and is currently going through chemotherapy. Tears ran down Vitale’s face as he thanked his family and fans for their support since his diagnosis.

You can watch Vitale’s return to TV here:

An emotional Dick Vitale returns to the booth. pic.twitter.com/zSK4OLNZWy

Vitale has spent most of his adult life out front in the fight against cancer well before he was ever diagnosed. He’s reportedly helped raise $44 million for pediatric cancer treatment and research.

Dickie V picked a great game for his return. UCLA vs. Gonzaga is a Final Four rematch of an instant classic that ended on Jalen Suggs’ halfcourt buzzer-beater. Suggs has moved on to the NBA with a few of his talented teammates, but both the Bulldogs and Bruins have maintained as the top teams going into this season.