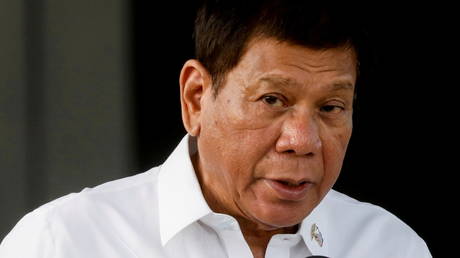 Philippines President Rodrigo Duterte will run for senator in the general election of May 9. The decision was announced hours before the candidates’ registration deadline and follows months of media speculation.

Earlier, Duterte, who is not eligible for reelection to the presidency of the Philippines, said that he would take part in the election but left people to guess which position he was running for.

He made it clear, though, that he would not challenge his own daughter, Sara Duterte-Carpio, who is running for the vice presidency, with the son of the late former leader Ferdinand Bongbong eyeing the top position. In the past, Duterte made several contradictory statements, including the one about retirement, adding more twists to the constantly changing pre-election landscape.

The election campaign has brought a number of major surprises. Duterte-Caprio was expected to run for president but, despite her lead in the polls, decided to go for the vice presidency, while Senator Christopher “Bong” Gohas made the opposite decision by withdrawing from the vice-presidential race and registering to run for president. In the Philippines, presidents and vice presidents are elected separately.

Another front-runner for the country’s top position is Manny Pacquiao, a former boxing world champion and a senator.