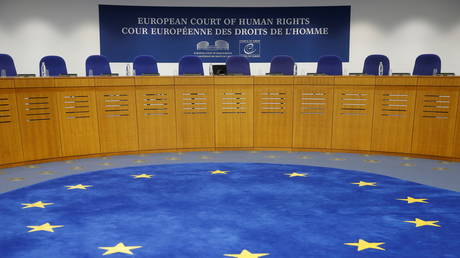 The European Court of Human Rights (ECHR) has ruled that the Turkish government violated the rights of 427 judges who were detained following the country’s failed 2016 coup attempt, accusing officials of unlawfully holding them.

In the judgment issued on Tuesday, the European court declared that 427 Turkish nationals “were placed in pre-trial detention without relevant and sufficient reasons,” with the length of time they were under arrest being deemed “excessive.”

Addressing concerns about the manner in which their cases were handled, the ECHR said officials “did not comply with certain procedural safeguards” and provided “no effective domestic remedies” for any “alleged breaches of their rights.”

The ECHR stated that the Turkish government’s actions violated Article 5 of the European Convention on Human Rights, which guarantees the right to liberty and security for all citizens. As recompense for the harm caused, the European court said Turkey should pay each of the 427 nationals €5,000 ($5,630) in damages and costs.

The ruling comes weeks after Turkey detained dozens over alleged connections to cleric Fethullah Gulen, who the country accuses of being behind the attempted coup. The recently arrested suspects were accused of being senior operatives of what the government calls the Fethullah Terrorist Organization (FETO).

In the immediate aftermath of the 2016 coup attempt, Ankara arrested 80,000 people and fired around 150,000 individuals from civil service, military, judicial and other roles, as part of a crackdown designed to help the government regain control.

Turkey has previously defended its crackdown on judges and prosecutors, having removed thousands of officials from their positions since the failed coup over their alleged ties to Gulen and support of the attempted takeover. At the time, President Recep Tayyip Erdogan said the removals were required to cleanse the country of the “virus” of the cleric’s influence.