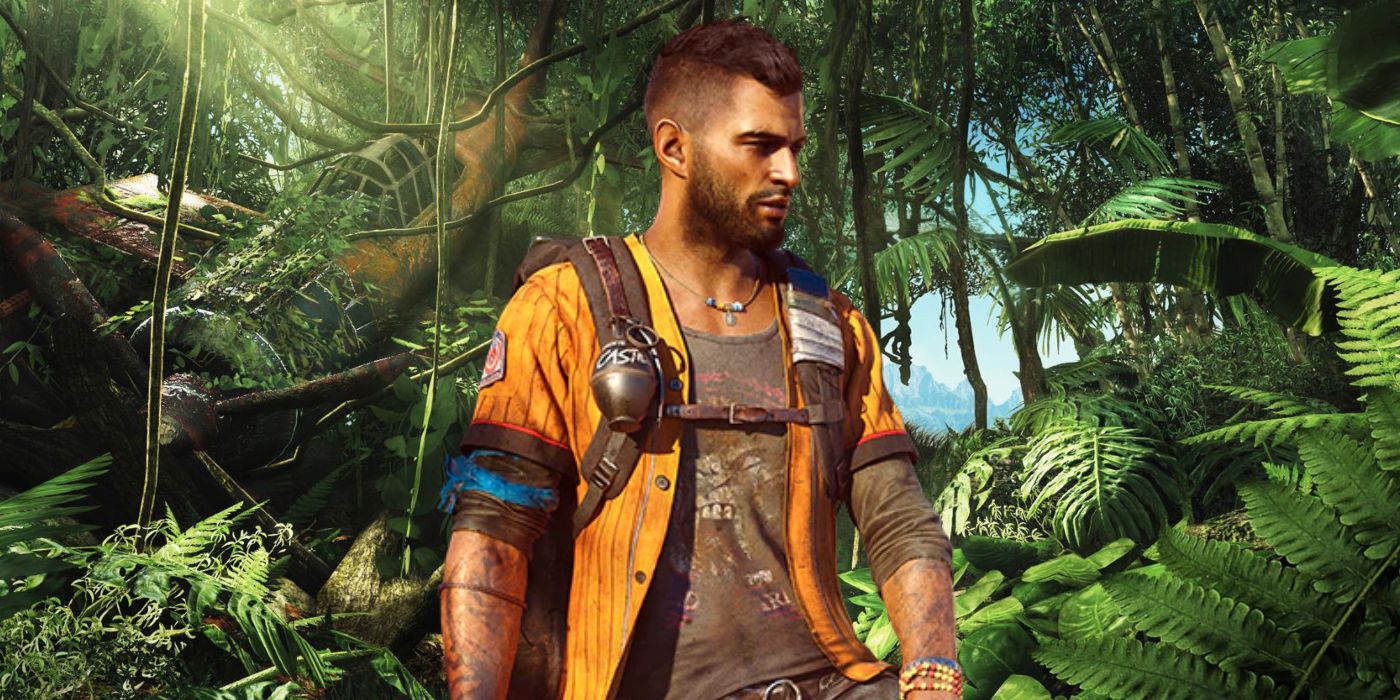 While Far Cry 6 has issues of its own, a narrative choice made for its ending could fix Far Cry 3’s biggest mistake. Far Cry 3’s campaign follows protagonist Jason Brody attempting to save his friends on the Rook Islands. Players soon meet a twisted, charismatic villain named Vaas Montenegro, whose “definition of insanity” monologue has continuously appeared throughout the franchise. However, Vaas seemingly dies approximately halfway through the game and is replaced by a far less compelling antagonist.

Far Cry 6’s continuity has been a matter of some conjecture. Before the game’s release, some players speculated Diego Castillo, son of villainous dictator Anton Castillo, was a young version of Vaas. This theory proved untrue, as Diego meets a tragic fate during the game’s final confrontation. Thankfully, it seems Vaas does return: Though players never see his face, his voice is unmistakably that of the “Smuggler” in Far Cry 6’s ending.

Far Cry 6 is also not a prequel to Far Cry 3 in any fashion, as newspapers and current events place the game in 2020. Similarly, Far Cry 3 features newspapers and radio shows that place it during 2012. Vaas’ apparent survival suggests several things about the continuity of the franchise; while it’s possible Far Cry 6 could be an alternate universe or retcon, it’s also possible Vaas never died at all. Vaas’ death occurs while Jason is under the influence of Far Cry 3’s hallucinogenic drugs and strange magics that are never fully explained, meaning the character could have been alive this whole time.

Though Vaas is ultimately Far Cry 3’s secondary antagonist, his actions are a direct catalyst to the story. What begins as a tropical getaway for several Californian partygoers spirals into a nightmare, as they are kidnapped and held for ransom by the Rook Islands’ local pirates. The first pirate to directly interact with Jason, Vaas’ mental state is revealed through swift, irrational dialogue. His unpredictability and the frequent showdowns between him and Jason craft an exhilarating rivalry, but it’s brought to a somewhat disappointing conclusion. After being stabbed by Vaas, players explore a strange hallucination through a drug-addled haze, fighting multiple copies of Vaas before eventually stabbing what seems to be the real version of him in the chest. As Jason loses consciousness, Vaas’ eyes stare directly at the camera one last time.

After his supposed death, Vaas never reappears in Far Cry 3’s campaign, despite his connections to Cintra (another antagonist and Vaas’ sister) and Jason. Instead, Hoyt Volker replaces Vaas. Also referred to as The Tyrant, Hoyt is a South African crime lord who oversees a human trafficking operation in the Rook Islands with a crew of privateers. He fails to live up to Vaas’ charisma, however, so what was supposed to be Far Cry 3’s big bad turns into its biggest disappointment. Far Cry fans who recently joined the franchise almost certainly know of Vaas, but Hoyt’s legacy died with him.

Though Vaas’s appearance in Far Cry 6’s campaign was surprising, the character’s return wasn’t wholly unexpected. Before the game’s launch, Ubisoft announced players would finally have the opportunity to play as some of the franchise’s beloved villains in a trio of Far Cry 6 DLC episodes. The first, titled Insanity, is undoubtedly referring to Vaas’ insanity monologue and is scheduled for a November release.

The greatest strength of Far Cry has always been its villains, whose twisted philosophies and actions torment the games’ protagonists. With the villain-oriented DLCs, Ubisoft is finally utilizing its strongest element to give players a side of the series they haven’t seen before, all the while diversifying gameplay. Adventures centered around depraved individuals previously praised for their intrigue provide a unique storytelling opportunity, whereas many players’ complaints about Far Cry 6 say it has a stale story with predictable dialogue and outcomes. Perhaps’ Vaas’ return in the game’s main ending could signal a pursuit of this angle in content beyond just DLC.

Ubisoft has given players many choices during Far Cry’s endings of the past, often deciding the fate of the villain and the game’s central conflict. Far Cry 3 let Jason save his friends or kill them, fully embracing the chaos of his actions in the jungle. However, Far Cry 6 lacked this choice and cemented a traditional, undisputable ending. If Far Cry 6 is the beginning of a new continuity for the series, this is the opportunity for a true canon to be determined – and Vaas’ return is evidentially a part of that. Further Far Cry 6 development is planned into 2022, so future DLC could see Vaas get a greater role. That, or Ubisoft might just deliver a playable Vaas in a full, brand-new Far Cry game.