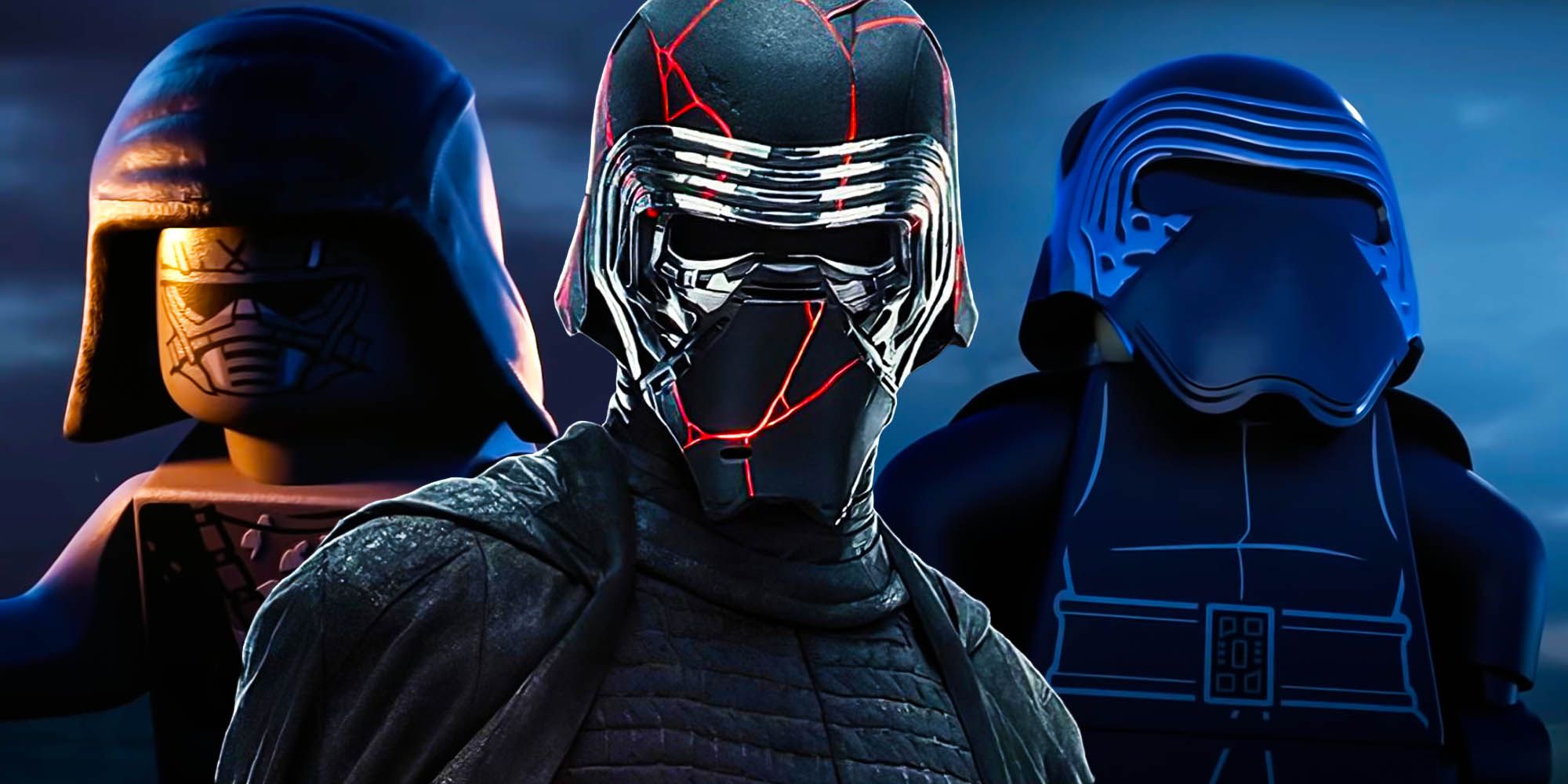 LEGO Star Wars: Terrifying Tales, the latest comedic holiday-themed Star Wars television special, is the latest official property to poke fun at Kylo Ren’s mask. Kylo Ren, formerly Ben Solo, is one of the main antagonists of the Star Wars sequel trilogy, despite often being the subject of mockery both in-universe and in the real world. Like Darth Vader, Kylo Ren is a powerful dark side user who wears a menacing armored mask. Though Vader wore his mask as part of a cybernetic survival suit, Kylo wears his for a variety of other reasons — namely, vanity.

Darth Vader, the grandfather of Ben Solo, was a Sith Lord who required his suit following grievous injuries sustained in a battle against Obi-Wan Kenobi. As Kylo Ren, Ben Solo worshipped Vader, but there were numerous differences between the two. Kylo was never a Sith. He was a Knight of Ren using the dark side with a different philosophical outlook from the Sith. While Vader resigned himself to his new Sith identity, Kylo craved his, killing and sacrificing everything any everyone necessary to ascend to his position as Master of the Knights of Ren.

The humorous take on Kylo Ren’s origin in the non-canon Terrifying Tales took some inspiration from the canonical four-issue Star Wars: The Rise of Kylo Ren comic series, with Ben becoming intrigued by the Knights of Ren during his Jedi days. In the LEGO parody, Ben joins the marauding gang, but receives his armor, robes, and mask immediately, since the Knights needed to maintain an intimidating appearance. Though it wasn’t meant to be taken seriously, this iteration of Kylo Ren wears his mask for similar reasons in the Star Wars canon universe.

There were several reasons why Kylo wore a mask in the Star Wars sequels, but the main one is that all Knights of Ren wore armored suits, complete with battle helms. After renouncing his ties to the Jedi, Kylo usurped Ren as the Knights’ new leader and devoted himself to their philosophy and customs, including the use of an armored mask. Aside from indicating his affiliation with the Knights and protecting his head, Kylo’s mask served another, more sentimental, purpose.

Kylo Ren worshipped his grandfather, Darth Vader, seeking to become a similarly fearsome dark side user, thanks in part to telepathic goading by Darth Sidious. When wearing his armored mask, which deepened his voice, Kylo felt more like Vader. Kylo’s dark side master, Snoke, brutally criticized Kylo in the comics and films for his attempts to mimic his grandfather.

Snoke, along with Poe Dameron, also complained about the mask’s distortion of Kylo’s voice, making it the subject of frequent criticism in-universe. Aside from Kylo Ren’s desires to follow in Vader’s footsteps the traditional helmets worn by the Knights of Ren were meant to strike fear into their victims. This makes the satirical reason for Kylo Ren wearing his mask fitting in LEGO Star Wars: Terrifying Tales, as both he and the Knights of Ren were concerned with appearances.