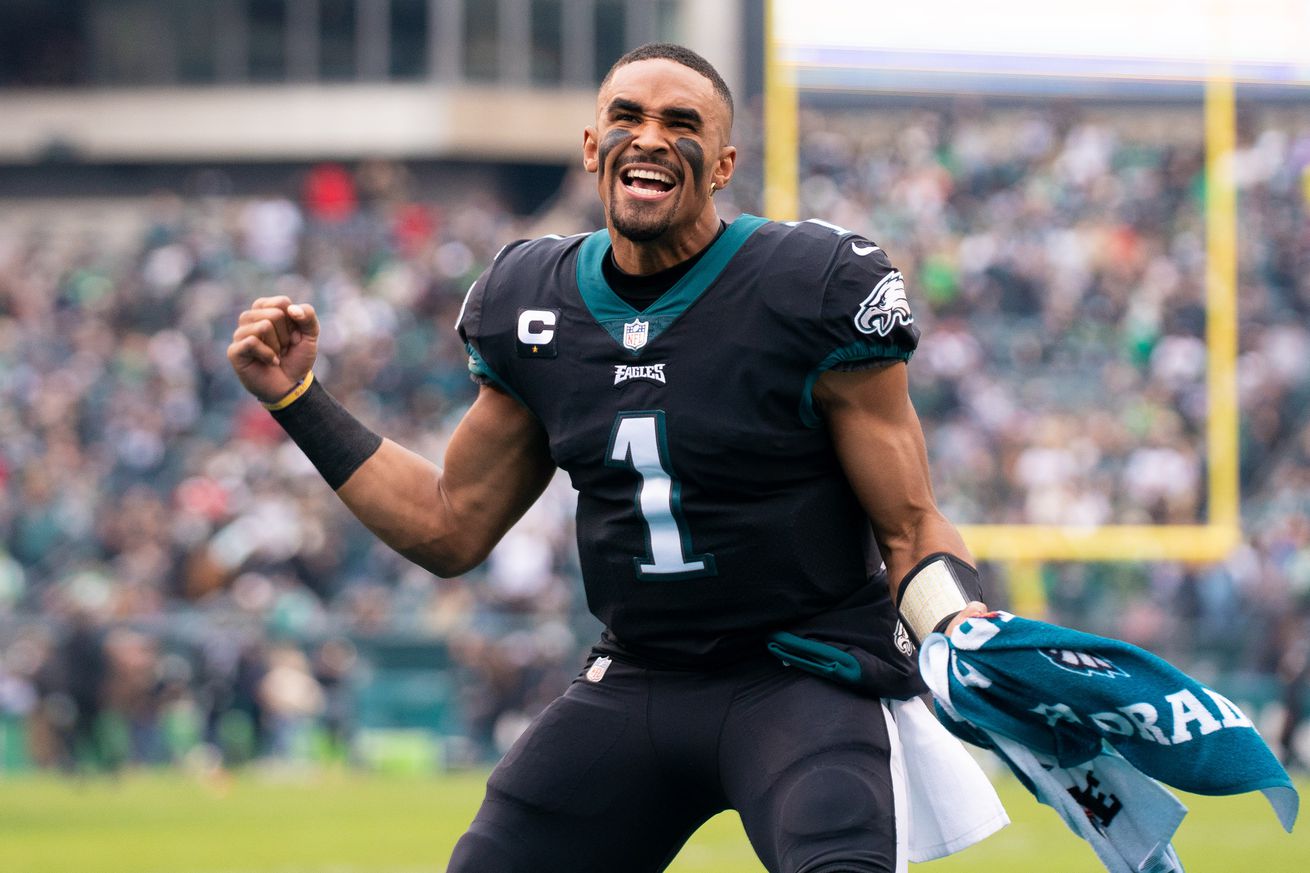 Jalen Hurts is a force to be reckoned with. This is only his second year in the league, and he’s starting to show it’s possible he could be the Philadelphia Eagles’ long-term answer at quarterback moving forward.

Hurts has always shown promise. He began his college career at Alabama before eventually transferring to Oklahoma and emerging as a star. The Eagles selected him in the second round of the 2020 NFL Draft to backup Carson Wentz, but he became the team’s starter after Wentz was traded during the offseason. Hurts’ debut year as a starter has been full of highs and lows, but when the Eagles use him to his strengths, he’s showing he can be an incredibly dangerous playmaker.

Hurts was excellent in the Eagles’ 40-29 win over the New Orleans Saints on Sunday. He finished the game 13-of-24 for 147 yards passing, while adding 69 yards and three touchdowns rushing. His final TD run iced the game late in the fourth quarter on an amazing run we’ll be watching again and again.

Most for a QB in the NFL

Hurts now has eight rushing touchdowns, which leads all NFL quarterbacks. He’s the first Eagles QB to ever rush for three touchdowns in a game — something Mike Vick and Donovan McNabb didn’t even do. Hurts now has the most explosive plays of any QB this season. He also has the highest QBR in the league over the last five weeks:

Jalen Hurts has 2 years and $3.6 million remaining on his rookie contract.

Hurts’ teammates are taking notice of his improved play.

“Oh, I always watch Jalen,” said teammate Avonte Maddox. “I was looking at the Jumbotron and when I saw him make that move, I was like ‘Oh, snap.’ I was looking for the trainer so I could grab some tape to help that kid’s ankles.”

After an incredible game, Hurts recognizes what is needed for them to keep the momentum going.

“I think identity is not the ability to run the ball,” he shares in his post-game interview. “It’s a mentality, it’s an approach.”

He’s on his way to forming his individual identity with the Eagles and is starting to look like a franchise keeper.