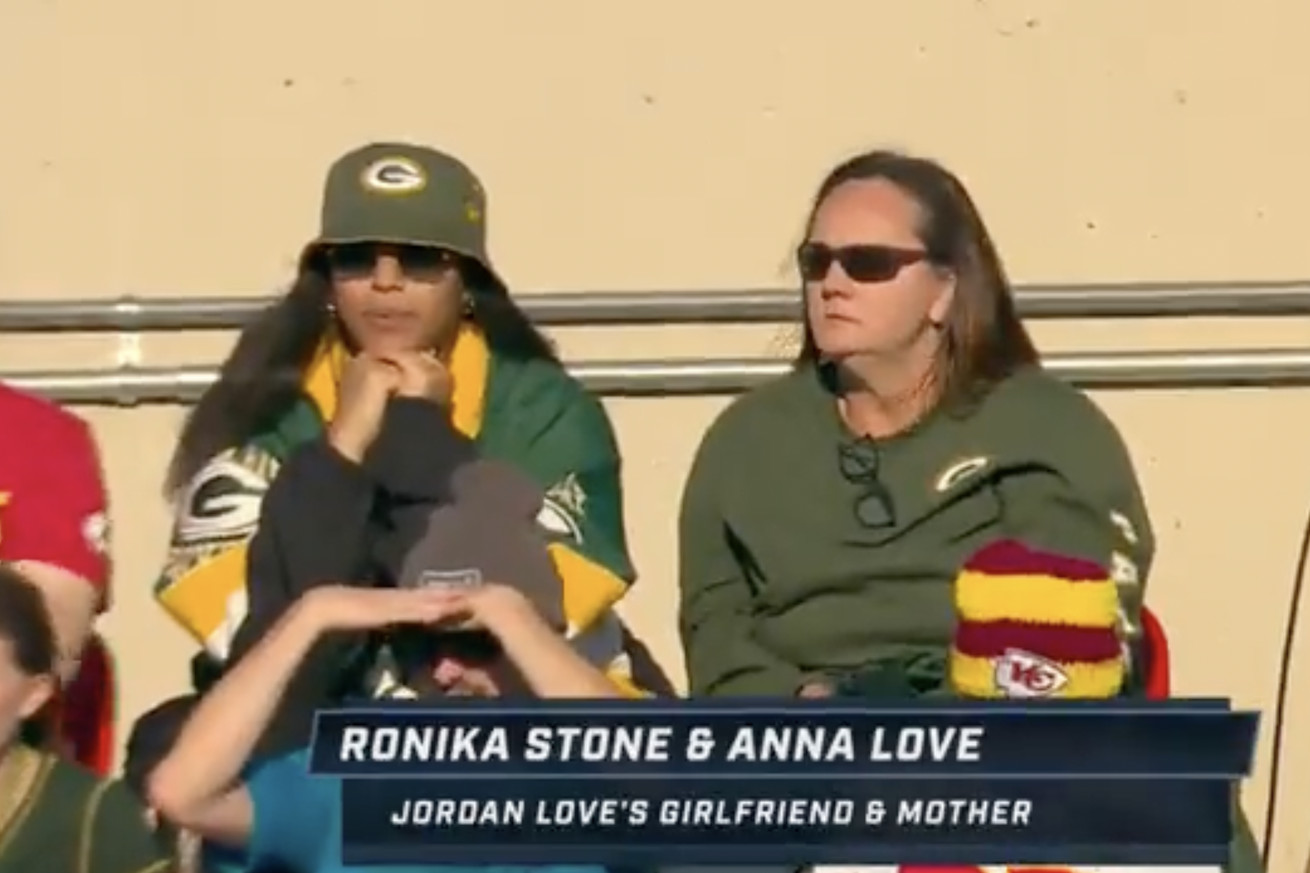 Jordan Love’s mom went viral during his first start, and now we love her.

Jordan Love was unexpectedly thrust into the Green Bay Packers starting lineup this week after Aaron Rodgers got COVID and showed his unvaccinated ass to the whole world. Love was of course the No. 26 overall pick in the 2020 NFL Draft out of Utah State, and Rodgers reportedly didn’t love his team taking another quarterback in the first round. While Rodgers won MVP last season, Love spent his entire rookie year on the bench.

Suddenly, Love was caught in the middle of the biggest story in the league. He had the unfortunate task of going on the road to take on a disappointing but super talented Kansas City Chiefs team in his very first start.

Jordan Love’s mother and girlfriend were in the stands to support him as he made his first start. When FOX cameras showed them, the station had to pan to the very last row of the stadium.

Home teams have to provide a certain number of seats for their opponent, and those far away seats are among the tickets provided. According to former Raiders CEO Amy Trask, the Packers also got some better seats, but those were apparently given out to other people.

As the sight of Love’s girlfriend and mother in the last row of the stadium went viral on social media, a sweet side story emerged. Anna Love has apparently been to all of her son’s games since his redshirt freshman year at Utah State — even the ones he wasn’t playing in.

Love talked about his mom’s support after the game.

“Trust me, it’s crazy. My mom, she’s very awesome,” Love said Friday. “She’s been doing that since college when I was redshirting as a freshman, knowing I’m not even suiting up to see the field, she was there. I tell her, ‘You know I’m not playing, you don’t have to go out of your way to come to these games.’ She’s like, ‘No, I’m going to be there. I want to see you.’ So, that’s been awesome. She’s been at every game. It’s nice to know she’s there. I try to look for her in the stands. It’s an awesome feeling. She’s great. She’s amazing. Just shows how much she loves me and cares about me to be there.”

Love’s father passed away when he was 14 years old, but his mother has always been there for him.

The Packers lost, 13-7, and Love had a mostly lousy day in what ended up being a very winnable game because Green Bay’s defense stepped up. Love finished the game 19-of-34 for 190 yards, one touchdown and one interception. He struggled badly when he was blitzed. Patrick Mahomes was limited to 166 yards passing on the other side, but the Packers still lost.

Regardless of where Jordan Love’s Packers career goes from here, he knows he’ll always have support from his awesome mom.