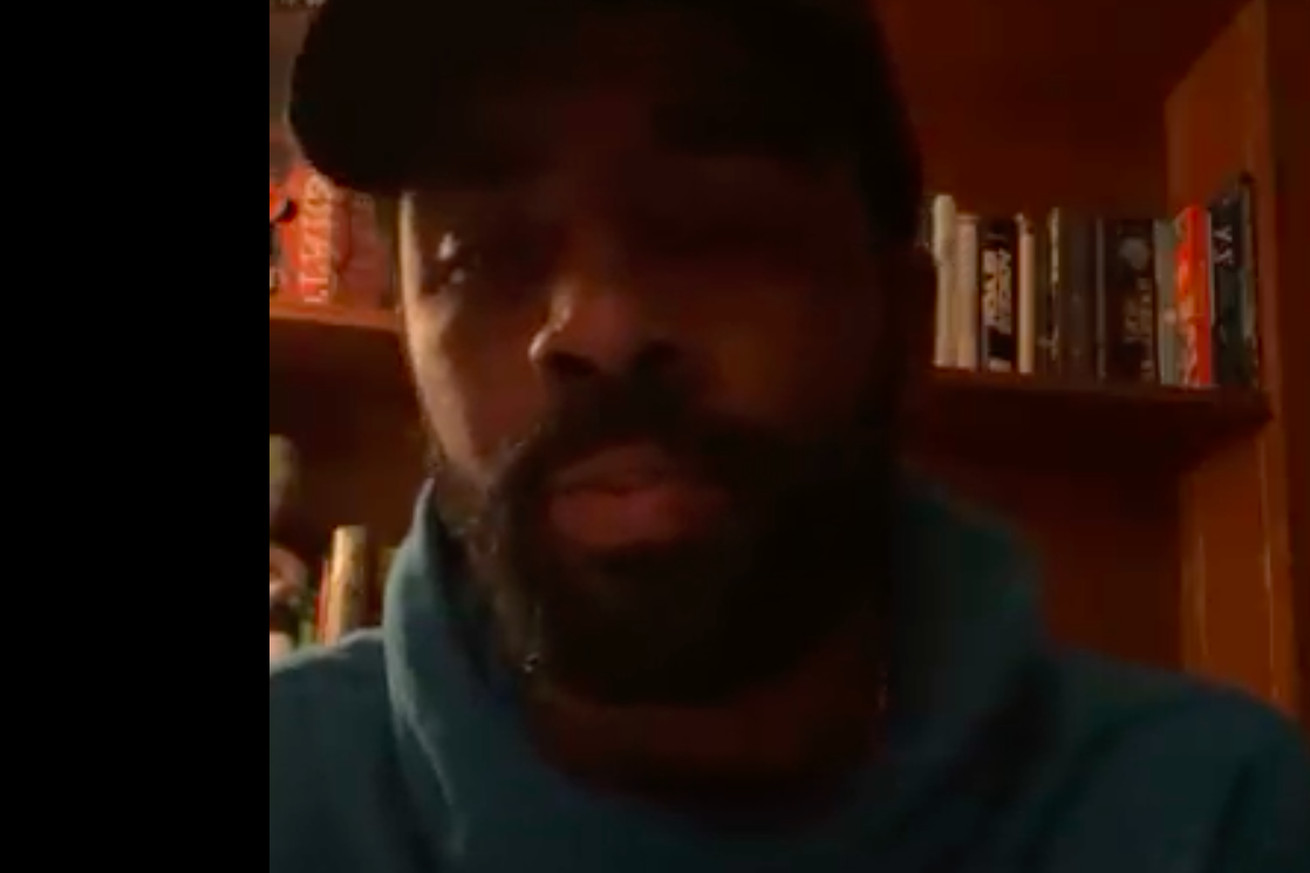 Irving’s justification is worst than we thought.

It’s been a week since the Brooklyn Nets were facing the possibility that they would be without Kyrie Irving for at least half the season with the point guard banned from home due to not being vaccinated. Then on Tuesday the team announced that Irving would not play for the team at all in 2021-22 unless he receives the shot, wanting to keep continuity over having a part-time superstar on the team.

It should be noted that with Bill DeBlasio’s term as mayor ending on December 31 a new mayor could remove the mandate, potentially allowing Irving to play at home again.

During this period Irving had been silent. The only information we got was conjecture, ranging from his stance on vaccines in general, to conspiracy theories, but on Wednesday night Irving posted his feelings on Instagram Live, and frankly, I wasn’t prepared for how dumb it would be.

Through this rambling double-speak we can piece together his feelings. So let’s break it down.

Kyrie says he was promised an exemption, which didn’t happen. Now, this is a fair gripe that warrants looking into. If Irving was promised he wouldn’t need to be vaccinated, then whoever made that promise should be held accountable.
Irving says he just wanted to use his talent to “inspire, influence people in the right way.” It should be noted that Kyrie’s flat earth theories influenced a lot of children and caused massive damage inside schools, according to teachers, and he later apologized — understanding that he did harm.
But despite saying himself that he wants to influence people, he then questions why he’s being used as an example, then saying he’s “just a person.” Obviously, he can’t have this both ways. You either get to say you’re an ordinary person who should be left alone, or be an influencer of others — not both.

The biggest point requires a lot of digging into, so let’s dive in.

“It’s not about being anti-vax or about being on one side or the other. It’s about being true to what feels good for me. I’m still uncertain about a lot of things. And that’s OK. If I’m going to be demonized about having more questions and taking my time to make a decision with my life, then that’s just what it is.”

If you are facing a situation where you need to make a choice between what “feels good to you” and potentially compromising the lives of others, then you’re not anti-vax — you’re pro-selfish.

By definition to demonize something is to characterize it as “wicked or threatening,” willingly being unvaccinated when you can get the vaccine is threatening to society. It simply is.

While sure, it’s okay to be uncertain about things, the idea he would need to take more time is laughable. We’re now a year into hundreds of millions of people being vaccinated globally, with negative side effects being extremely minimal, unless you believe faked side effect reporting by people with a motivation to influence the public. “More time” simply doesn’t fly.

But hey, look, who am I to criticize? Irving is making his choice to do what “feels good” over caring about anyone else. Here are some other neat ideas of things that might “feel good” he could also try out.

Releasing animals from the zoo to see what happens.
Throwing a handful of rocks off the Empire State Building.
Spinning around in circles holding two machetes in a crowd.
Driving without a seatbelt.
Yelling “fire” in a movie theater.

I mean, these all might feel good and if you don’t care about anyone else, then why not … right?