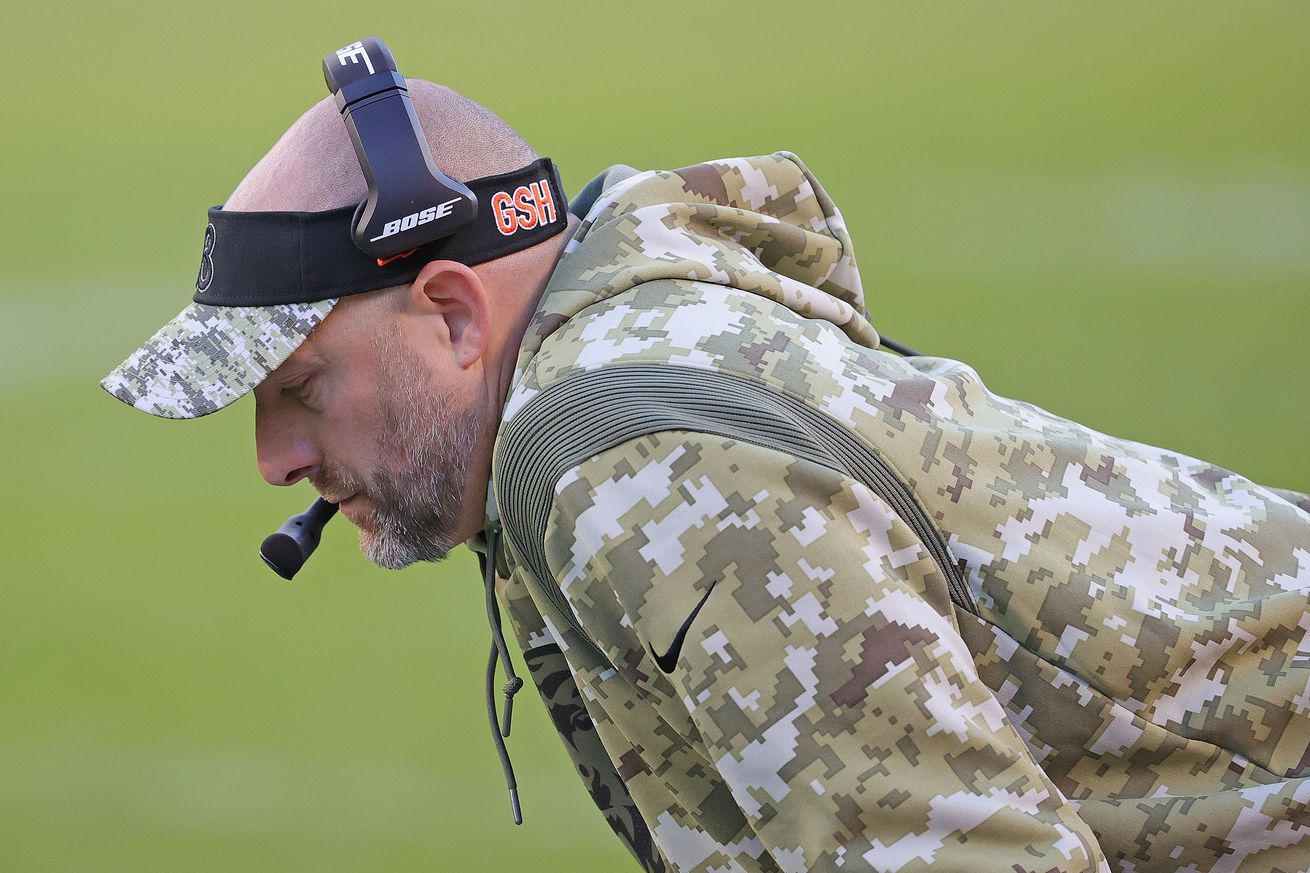 The Bears are preparing to fire Matt Nagy after they play the Lions on Thanksgiving.

Matt Nagy is going to be fired as Chicago Bears head coach after the team plays the Detroit Lions on Thanksgiving, according to reporter Mark Konkol from Patch. No major outlet has confirmed the report yet.

The Bears have never fired a coach mid-season in franchise history, but there’s been mounting pressure on the team to cut ties with Nagy amid another disappointing year. Chicago is coming off a 16-13 defeat against the Baltimore Ravens led by backup quarterback Tyler Huntley, who filled in for Lamar Jackson while he was out with a non-Covid illness. It was the fifth straight loss for Chicago and dropped the team to 3-7 overall.

Chicago fans have been chanting “fire Nagy” at every occasion. It happened during a recent Chicago Bulls game, and also at Nagy’s son’s high school football game over the weekend.

Nagy led the Bears to a 12-4 season in first year, but the team lost its first playoff game on the infamous “double doink” missed field goal. Nagy is 19-23 since his first season. He did lead the Bears to the playoffs last year at 8-8, but they were defeated by the New Orleans Saints in their first game.

Konkol does not typically cover the Bears, but has been a reporter in the city for decades and once won a Pulitzer while working for the Chicago Sun-Times. He made the rounds on local radio saying the story fell into his lap.

Mark Konkol is on The Score right now and has doubled down on his report.

“This kind of fell into my lap. (This) is a very good source.”

Join the discussion at our Bears community Windy City Gridiron for more on this story.