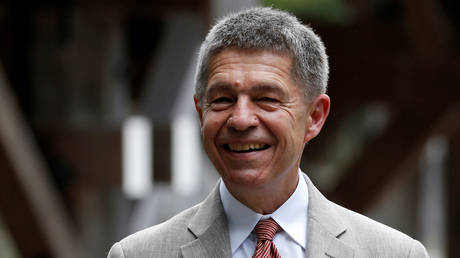 Professor Joachim Sauer, the husband of outgoing German chancellor Angela Merkel, has blasted unvaccinated citizens, saying they are ignoring science and being “lazy.”

“It is astonishing that a third of the population does not follow scientific evidence. Partly this is down to certain laziness and complacency of Germans,” Sauer said in rare public comments to Italian newspaper La Repubblica and picked up by Die Welt.

The chancellor’s husband also slammed those, doctors and scientists included, who have an “ideological reaction to what they consider a vaccination dictatorship.”

Sauer, who is a quantum chemistry professor, also expressed hope that the pandemic would prompt an interest in science among new generations.

“It would be nice if many would be interested in science and decide to study it, there is a need,” he said.

Germany, along with a number of other European countries including Austria and Slovakia, is now facing a record surge in Covid numbers. Health Minister Jens Spahn warned on Monday that by winter’s end almost everyone in Germany would be “vaccinated, recovered or dead.”

Earlier on Tuesday, the US Centers for Disease Control and Prevention (CDC) recommended that Americans avoid travelling to Germany and Denmark because of the deteriorating epidemiological situation.