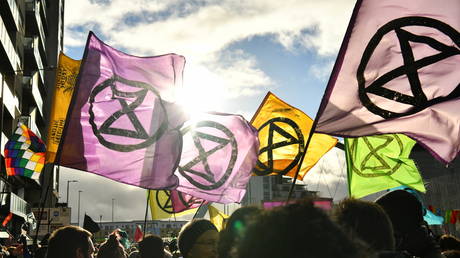 David Suzuki, one of the world’s leading environmentalists, has warned that activists may resort to radical actions unless governments hear their pleas and take more resolute action to tackle climate change.

This is what we’re come to. The next stage after this, there are going to be pipelines blown up if our leaders don’t pay attention to what’s going on.

Asked by the National Post on Monday if he would support bombing pipelines, Suzuki replied: “Of course not.”

“The violence is coming from the authorities, from the government,” he said. At the same time, Suzuki said he believes that some activists may be driven to choose violence as an option because they “feel government isn’t [doing] anything.”

Alberta Premier Jason Kenney tweeted that the “incitement to violence by David Suzuki is dangerous, and should be condemned universally.” He urged the peaceful resolution of differences without “threats of terrorism.”

This incitement to violence by David Suzuki is dangerous, and should be condemned universally.

In Canada we resolve our differences peacefully and democratically, not with threats of terrorism or acts of violence.https://t.co/6qFXmgvOam

Erin O’Toole, the leader of the Conservative Party of Canada, also condemned Suzuki’s statement. “It implies that energy workers and infrastructure should be targets for acts of terrorism,” he wrote on Twitter.

Suzuki has been described as one of the world’s best-known environmentalists. Since 1979, he has hosted and narrated ‘The Nature of Things,’ a popular Canadian TV series about science and the environment.