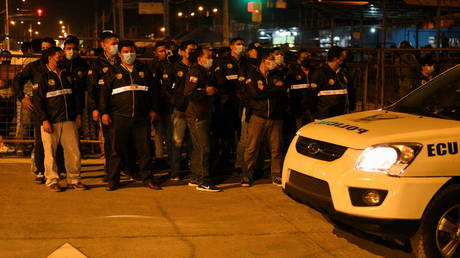 Ecuadorian President Guillermo Lasso has granted pardons to several categories of inmates in an attempt to restore security and to fight overcrowding in prisons shaken by recent bloody riots.

A statement issued by the General Secretary of Communication of the Presidency on Tuesday said the move was taken “in line with the commitment to protect the rights of inmates, to undertake effective measures for the recovery of peace and security in the prison system, and to alleviate prison overcrowding.”

The statement said the presidential pardons were granted to inmates “under certain conditions.”

Several categories of prisoners will have the right to a pardon, including those seriously or terminally ill and those involved in traffic violations that did not cause injury or death. The statement did not say how many people would be released in total.

The decision was made as part of the government’s plan to tackle drug trafficking-related gang violence in prisons.

The latest riot took place in mid-November and resulted in the death of 68 people at the Litoral Penitentiary in Guayaquil’s suburbs. A riot in September, which was called one of the worst in Latin American history, left 115 prisoners dead.