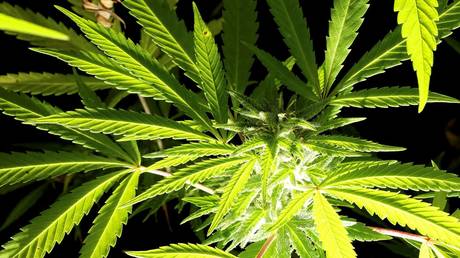 Government coalition talks in Germany are still far from over, but police officers are already worried their outcome could lead to potential cannabis legalization in the country – something police unions vehemently oppose.

Police unions in Germany have expressed their opposition to the legalization of possession and consumption of weed, in no uncertain terms. No such measures are planned for the near future, but law enforcement are apparently concerned with it being potentially included in the new ruling coalition agenda.

“There has to be an end to trivializing the joint,” the federal chairman of the largest German police union (GdP), Oliver Malchow, told Germany’s NOZ newspaper on Tuesday. It makes no sense to “open the door to another dangerous and often trivialized drug” when the already “legal but dangerous” alcohol is bad enough, he believes.

Malchow argued that cannabis consumption could lead to some “significant” health problems and social conflict in Germany, particularly among younger people. The police union chief is also skeptical about the measure helping to eliminate the black market drug trade.

The second largest police union in the country – the DPolG – seems to be equally opposed to the idea as well. “It would be the start of a dim future instead of the rise of modern Germany if this [measure] is included in the coalition agreement,” DPolG chief Rainer Wendt told NOZ. He especially fears a potential rise in road traffic accidents if pot-smokers ever get behind a wheel.

The union chief admitted that such incidents happen even with cannabis being a banned drug, and some “innocent” people have been injured.

Hundreds of plants labeled ‘cannabis’ appear in French shops, likely due to ‘lack of knowledge’ of the law – gendarmerie

Police union concerns were apparently sparked by the fact that all three parties now best poised to form a government have proposals related to weed legalization in their programs.“If cannabis were to be taxed similarly to cigarettes, up to €1 billion ($ 1.2 billion) could be raised annually,” the business-friendly liberal Free Democratic Party wrote in its election program.

The Greens suggest allowing “legal and controlled distribution of cannabis in licensed specialty shops” to “dry up the black market” as part of their “humane drug and addiction policy.”

Cannabis legalization was also one of the very few issues the two parties, which otherwise do not exactly see eye to eye, agreed upon, as was shown in some TV debates in late September.

The Social Democrats, who narrowly won the September elections, dethroning Chancellor Angela Merkel’s conservative ‘Union’ bloc, have a more reserved approach to the issue. However, they also plan to at least allow the regulated distribution of cannabis to adults as part of some field projects to assess the effects of weed legalization.

‘Only a dope would vote for Sadiq Khan’: London mayor gets pilloried for reportedly mulling cannabis decriminalisation

Notably, Germany’s third police union, BDK – which is specifically associated with criminal investigation departments – has itself advocated for cannabis legalization. Back in 2018, its then-head Andre Schulz said that a ban on weed proved to be “neither intelligent nor expedient,” adding that his union was in favor of the “complete decriminalization of cannabis consumers.” He added, though, that weed should remain off-limits to drivers.

Germany legalized the use of marijuana as prescription medication in March 2017. At that time, the government said it was not ready to allow it for non-medical purposes.