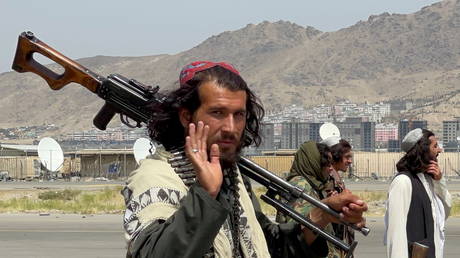 The Taliban plans to discuss American recognition of its interim government, the unfreezing of assets and Afghanistan’s reconstruction in upcoming talks with the US in Qatari capital Doha, the group’s spokesman has revealed.

In an interview with Sputnik news agency on Wednesday, Suhail Shaheen said the militant group is open to having positive relations with the US going forward.

Washington, he suggested, could also play a role in rebuilding war-torn Afghanistan as well as making direct investments in the country, plus unfreezing the central bank’s reserves and recognizing the Taliban government. Shaheen added that “those are the issues that are going to be discussed” at Doha.

Sanctions imposed on the Taliban by the US and others are only exacerbating the humanitarian situation “and have a negative effect on the people,” Shaheen said.

“We must switch from talking to practical steps,” the Taliban spokesman insisted.

Shaheen’s comments followed Tuesday’s announcement by Washington that US Special Representative for Afghanistan Tom West will head to Doha – where the Taliban has a mission – next week for talks with the group’s leadership. The negotiations in the Qatari capital are expected to go on for two weeks.

However, the agenda for the meeting laid out by State Department spokesperson Ned Price was in many ways different from the one announced by the Taliban spokesman.

The US plans to address “our vital national interests when it comes to Afghanistan,” including countering terrorism, safe passage for US citizens, humanitarian assistance and the economic situation in the country, Price said.

West was part of the American delegation in meetings with Taliban officials in Doha in October – the first negotiations between Washington and the radical group since the chaotic withdrawal of the US and its allies from Afghanistan in late August.

Just a few weeks before those talks, the Taliban had swept through Afghanistan and captured the capital Kabul, facing little resistance from the Afghan military – whom US forces have been training to resist the militants during America’s two-decade-long intervention in the country.

The withdrawal of foreign aid, which followed the Taliban takeover, and new international sanctions against the group have delivered a massive blow to the country’s already struggling economy. As winter approaches, Afghanistan stands on the brink of humanitarian disaster, with soaring food prices and drought putting millions of lives in peril.