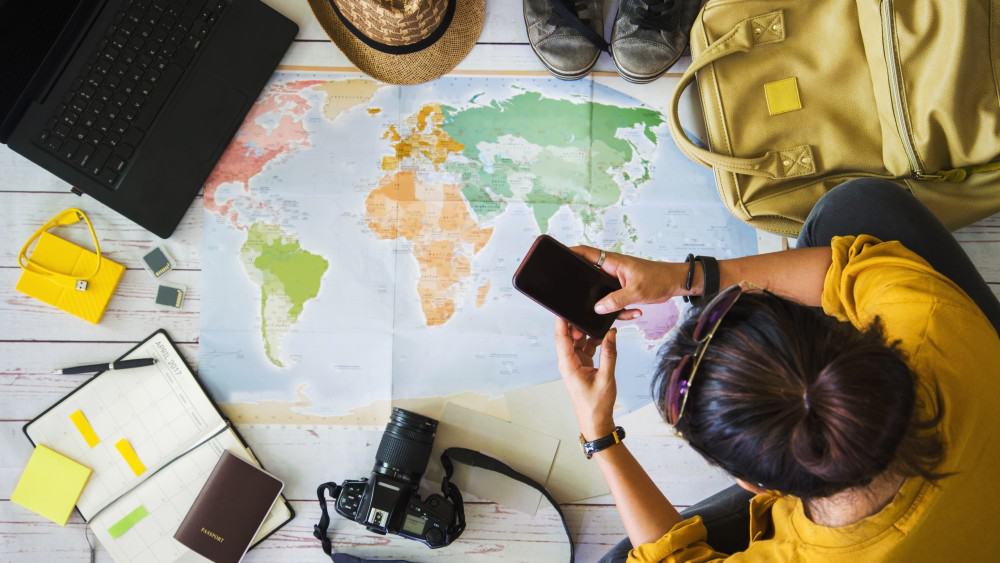 The requirement to take an expensive PCR test when returning from abroad will soon be scrapped for most travellers. This, coupled with the fact that the British summer is now fully behind us, means many of us will be keen for foreign escape in search of some sun.

So, which European countries can you visit cheaply in 24 hours? Let’s take a look.

What are the cheapest European places to explore in just 24 hours?

Belgrade, Prague and Porto are three of the cheapest cities to visit for a short getaway, according to new research by Corona Test Centre. Let’s look at these destinations in more detail.

In Belgrade, a night in a typical three-star hotel would set you back just £18.

Meanwhile, the cost of a meal in Serbia’s capital would cost you a little over a fiver, and a beer is just £1.46. According to Corona Test Centre, these prices are more than three times cheaper than in London!

As well as cheap prices, Belgrade has 85 free attractions for the budget-conscious traveller, including a visit to the city’s Kalemegdan Park and Fortress.

In second place, Prague is another hot destination for those seeking a cheap and short winter break. A three-star hotel in Prague costs just £22 per night and a beer costs just £1.91.

Food in Prague perhaps isn’t quite as cheap as you might imagine, with a typical meal out costing more than £8. That said, the city boasts over 300 free attractions, meaning you’ll be able to save lots of money on entertainment in the ‘Golden City.’

Third on Corona Test Centre’s list for cheap places to explore in 24 hours this autumn is the Portuguese city of Porto. Here, a three-star hotel costs just £36 a night, and a meal just £5.98. There are 176 free attractions in Porto too. Plus, with an average autumn temperature of 21 degrees Celsius, it’s a popular destination for sun-seekers.

Interestingly, Porto also offers some of the most affordable sightseeing with a hop-on-hop-off bus costing just £15.36. This was the 9th cheapest of all 34 cities analysed in the research.

The other cities making up the top 10 European destinations for a cheap break were the Hungarian capital Budapest and Gdansk in Poland, as well as familiar favourites Seville, Lisbon, Barcelona, Rome and Warsaw.

According to Corona Test Centre, Budapest offers ‘something for everyone’ and is a great getaway that won’t break the bank. Its research suggests that Budapest offers the seventh cheapest 3-star hotel price, at £29 per night.

Meanwhile, Seville is considered the top cheap destination to ‘get some warmth’ with average autumn temperatures of 26 degrees Celsius. Seville is also cheap to get around, with typical transport costing just £1.20 per journey.

Lisbon is considered the sixth most affordable autumn getaway in Europe. The Portuguese capital claims the title of having the highest number of cheap restaurants on the list, and should therefore be high on the list for those seeking a cheap break.

Barcelona was another popular destination to feature on the list, despite having the highest three-star hotel price in the top ten at £46 per night. That’s because the Catalonian city has the highest number of free attractions on the list (435), and boosts impressively cheap beer (£1.64).

See the Corona Test Centre website for the full breakdown of the stats, including the lowdown on the other cities that featured in its top ten.

How can I cut the cost of my travels?

Whether you decide to travel to Europe or go further afield, it’s always a good idea to explore ways to cut the cost of your holiday.

To start with, you should ensure you get yourself the cheapest travel money you can, and avoid common pitfalls, such as automatically heading for the Post Office to exchange cash.

You should also ensure you’re using the right plastic overseas by bagging yourself a top travel credit card.

Having the right travel insurance is a must too, so make sure you do sufficient research before choosing a policy.

For more tips, see a list of our latest travel articles.

What is happening with PCR tests?

By the end of October, those who have been double-vaccinated for Covid-19 will no longer need to take a day 2 PCR test when arriving in England or Wales. Instead, a cheaper lateral flow test will be required.

No specific date for this change has been announced by the government. However, ministers have recently confirmed that the rule change will take place before schools’ October half-term holidays.

The post These are the cheapest European cities to explore in 24 hours this autumn appeared first on The Motley Fool UK.