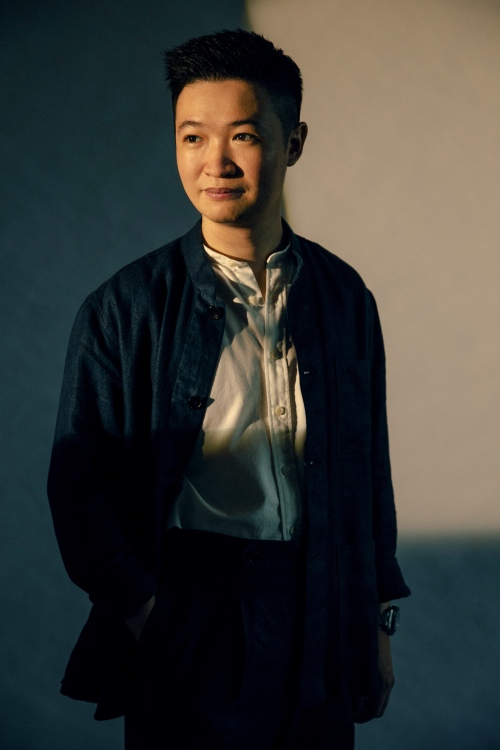 Rayner Loi keeps a note on his iPhone with details of the fruit and vegetables that go bad every week at his home in Singapore. That way, when he goes to the supermarket, he has a better idea of how many apples or bananas he actually eats in a week, and can adjust his shopping accordingly.

He believes individual action like this is important to tackle the problem of food waste. But he’s also got his sights set higher. In 2017 he founded Lumitics, a company that tracks food waste on a commercial scale—with the aim of helping hotels and airlines, which serve thousands of meals a day, figure out how much avoidable waste they’re generating.

Lumitics uses garbage cans equipped with weight sensors, cameras, and AI technology that can recognize and track the type and amount of food that gets thrown out—including whether it’s spoiled, uneaten or kitchen scraps.

Loi, who is CEO of Lumitics, says most chefs can’t easily keep tabs on all the food that never gets eaten. “Because of that lack of visibility, they find it very hard to craft strategies and put in place measures to reduce [food waste],” he says.

Lumitics’ customers use the waste data to adjust the amount of food put out at a breakfast buffet, or cut back on buying certain ingredients. Loi, 27, points to company data that shows he has helped the hotels he works with reduce food waste significantly, keeping more than 300,000 meals out of landfills in 2019.

That’s not only green, it’s good for the bottom line. Hotel restaurants often operate on relatively thin profit margins, “so any savings for them actually is really immense for their business,” he says.

Loi and his small team are already working with major clients like the Four Seasons hotel in Singapore and airlines including Etihad Airways.

Loi got the idea for Lumitics when, while working as a volunteer in wealthy Singapore, he saw kids go hungry. He sees food waste as one of the most overlooked environmental problems facing the world. According to a July 2021 World Wildlife Fund report, the more than 1.2 billion tons of food lost on the world’s farms, and 900 million tons wasted in stores, restaurants and homes, accounts for a whopping 10% of global greenhouse-gas emissions.

Loi is now expanding his ambitions beyond Singapore: Lumitics is working to begin operations next year in hotels in the Middle East and in other cities across Asia. “What we want to achieve is really tangible in terms of the number of meals saved and the amount of carbon emissions avoided,” he says.