President Joe Biden has released a statement regarding Tyre Nichols.

“We want our children to have a good future.” 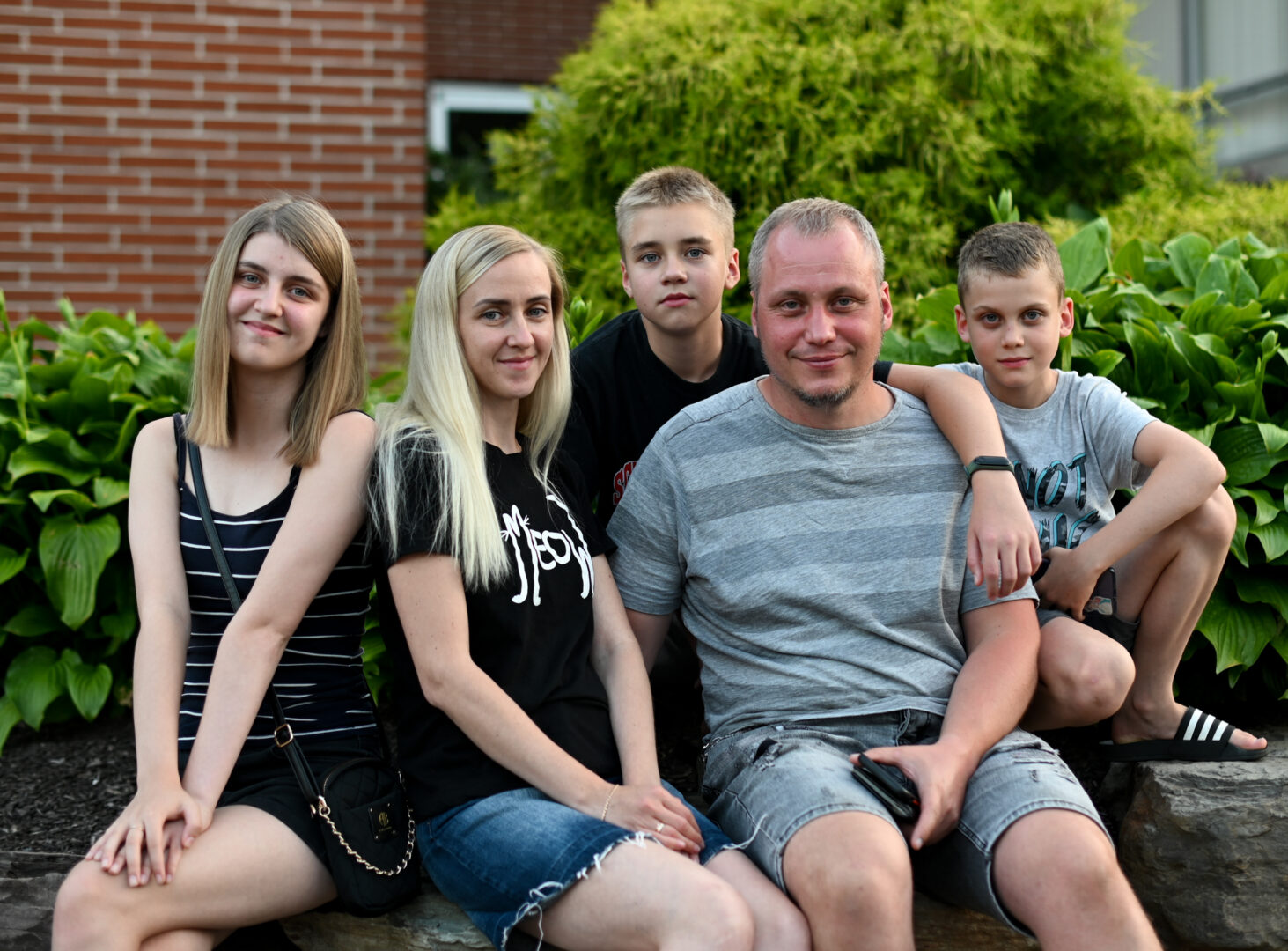 The Chekh family poses for a picture after an English class for Ukrainian refugees at Bethany Slavic Church in Ephrata on Tuesday, July 19, 2022.

By the end of March, the Chekh family realized they had to get out of eastern Ukraine, or risk getting trapped.

Russian forces had been bombing cities not far from their home in Khartsyzsk. Russian-backed separatist militia members had been driving around town, looking for able-bodied men to fight against Ukraine. Mikhail hid when he heard knocking on the door. He didn’t want to fight against his Ukrainian brothers.

So on March 20, the family threw everything they could in their car and followed a friend to the Russian border so they could reach Mikhail’s sister’s house in southern Russia.

But they wanted to find Mikhail’s other sister in Poland, and to do that, they had to go through Russia and get to Latvia – about 2,550 miles away.

By March 23, Mikhail had been driving for almost 20 hours and had only slept for two.

They had made it to the Latvian border. But they had to get through passport control.

The Russian border guard asked for the family’s documents. Mikhail wasn’t sure which of his three passports to use: his Ukrainian domestic passport, Ukrainian international passport or the one from the “Donetsk People’s Republic” — eastern Ukraine’s self-declared separatist state.

The border guard told him to use his international Ukrainian passport.

Some guards tried a sales pitch: “They asked us why we wouldn’t want to stay in Russia. They said here is also good and peaceful,” Mikhail said.

But Mikhail said they were trying to get to Europe to see family. After 40 tense minutes, guards let them cross into Latvia.

They were finally out. Now, they had to find a new place to live.

Mikhail Chekh, 42, was born and grew up in Khartsyzsk, and so did his three children: Eva, 17, Damir, 14, and Rustam, 10. Liliya, his wife, 39, is from Avdiivka, another city in the East where a lot of the heaviest fighting is happening. Liliya’s parents had to be evacuated to Kiev after part of their house was bombed.

The family had fled Khartsyzk before – in 2014, after Russia invaded eastern Ukraine. Rustam was three then, and has basically lived in war since then.

“To this day, the boy is afraid of fireworks. They sound scary to him, like the war is coming,” Mikhail said.

Amid the turmoil, the Chekhs built a relatively normal life in Khartsyzk. Mikhail owned a construction supplies store and a smaller electronics store that his wife helped him run.

Then Russia invaded Ukraine Feb. 24, and the family’s life was turned upside down.

A factory and a store burn after being bombarded in Irpin, on the outskirts of Kyiv, Ukraine, Sunday, March 6, 2022. (AP Photo/Emilio Morenatti)

Mikhail closed his store and hid in his house. The local Russian-backed government had enacted a mandatory conscription law for all men between 18 and 55 years of age. From the moment the draft started, Mikhail said men started hiding in basements and churches because they feared militia members would drag them from their houses, put them in a car and send them out to war.

He said that some of his friends who were not able to hide in time were killed in combat.

As the fighting intensified, Russian bomber planes would fly low over their house.

“You could see them through the windows,” Liliya said. “We didn’t know what to expect from them.”

The children would run scared to their parent’s bedroom. Then, the family started hiding in their basement.

But Mikhail knew someone with connections to the local Russian-backed government. That person agreed to lead the Chekhs, and Mikhail’s brother’s family, out.

They drove fast through fields, forests and ravines behind a group of people who led them to the Ukrainian-Russian border.

“At the moment we  weren’t thinking how scary it all was. In our heads we kept repeating to ourselves, ‘We just need to go.’

But getting out of Ukraine was only the first step. Once they got to his sister’s house in southern Russia, they realized they might not be safe after all. So after a brief stay, Mikhail and his brother continued North to the Russian-Latvian border. They drove through Latvia and Lithuania to reach Poland and met up in Torun with Mikhail’s sister, who also had fled Ukraine. Eventually, one of Mikhail’s cousins offered his family shelter in Oranienburg, Germany.

After driving over 3,000 miles and crossing five borders, the family thought they could stay in Germany. They applied for government assistance, and even bought German language books, thinking they might live there permanently.

Then, Mikhail’s second cousin Konstantin Reznik, who lives in Lancaster County, suggested they apply for the Uniting for Ukraine Program, which the Biden administration had just launched in late April. The program allows Ukrainian citizens to stay in the U.S. for two years with a sponsor’s financial support. It also allows people to apply for work authorization and benefits, like food stamps and housing assistance.

Reznik offered to sponsor the Chekh family. In May, they found out they qualified.

Reznik, who is a missions pastor at Bethany Slavic Church in Ephrata, and his brothers are sponsoring five families.

Reznik’s own family was among refugees who came to the United States through the  Lautenberg program, created in 1989 for religious minorities fleeing the former Soviet Union.

Now, Reznik said watching Mikhail, a father of three, navigate a new country and culture reminds him of his father, who was also in his early 40s when he resettled in Lancaster County.

“I’m looking at this and thinking, ‘My gosh, this was my dad when we came.’ I’m basically watching him repeat my dad’s story,” said Reznik, who was 14 – the same age as Mikhail’s middle son – when his family arrived in the U.S. “I’m helping him to make my dad’s story be a little better than what my dad’s story was.”

They moved into the house in mid-July, repainting its interiors white to make it look brighter and more spacious. All their furniture, kitchen equipment, towels and toiletries were donated.

That includes learning the language

Mikhail and his children go to English class two times a week at Bethany Slavic Church with other Ukrainians who fled their homes. His children are planning to start school in late August.

The Uniting for Ukraine Program lasts two years, but the Chekhs hope to find a way to stay in the U.S. permanently. Mikhail says he does not want to live under Russian occupation in a country “that was stolen.” He and Liliya don’t want their children to live in fear.

They aren’t sure yet how to create that future.

But, for now, they say, being safe is enough.

President Joe Biden has released a statement regarding Tyre Nichols.

Comments by the Vice President Harris in a discussion at the Summit made to accelerate the replacing of lead pipes.