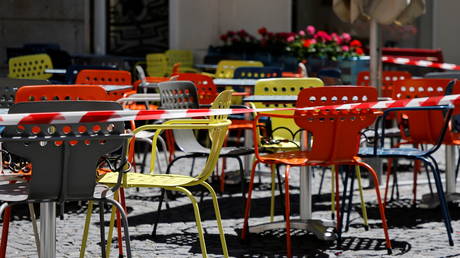 During a Thursday presser, the chancellor told reporters the new lockdown would come as part of a pandemic response plan implemented in September, which uses intensive care bed capacity as its major metric. The measures take effect once 30% of ICU beds become occupied with Covid patients; they are currently at around 20% and quickly rising, Reuters reported.

“According to the incremental plan, we actually have just days until we have to introduce the lockdown for unvaccinated people,” Schallenberg said, adding that the restrictions mean “one cannot leave one’s home unless one is going to work, shopping (for essentials), stretching one’s legs – namely exactly what we all had to suffer through in 2020.”

I don’t see why two-thirds should lose their freedom because one-third is dithering. For me, it is clear that there should be no lockdown for the vaccinated out of solidarity for the unvaccinated.

Austria to BAN unvaccinated from long list of public spaces

Around 65% of Austria’s population is fully vaccinated against the coronavirus, in line with averages across the European Union, though on the lower end for Western Europe and deemed “shamefully low” by Schallenberg. The remaining 35% have yet to receive a full round of shots, meaning the lockdown will affect around 3.1 million people in total.

The new restrictions, if imposed on the chancellor’s timeline, would come just a week or so after the federal government announced sweeping entry bans for the unvaccinated, effectively barring them from public life, including at bars, restaurants, cafes, theaters, hotels and – significant in the Alpine nation – ski lodges. While the bans took effect Monday, the government allowed a four-week transition period during which the unvaccinated may present a negative test for the virus to gain entry. With ICU capacity slowly dropping, however, the stricter lockdown could make those measures moot.

Later on Thursday, the country’s worst-hit region, Upper Austria province, said it would look to the national government for legal permission to proceed with its own lockdown in the coming days regardless of what federal officials decide to do for the entire country. Governor Thomas Stelzer outlined plans to force the unvaccinated to stay at home starting next Monday should he get the green light.