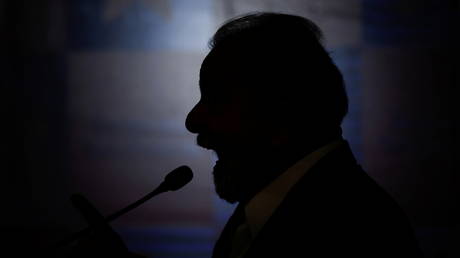 Brazil’s former President Luiz Inacio Lula da Silva has said he is willing to stand as a candidate in elections against incumbent leader Jair Bolsonaro, labelling his potential opponent “a poor copy of Trump.”

Speaking in Brussels at a media conference in the European Parliament on Monday, Lula announced that the Workers Party needs to put forward a presidential candidate to take over from right-wing Bolsonaro in 2022 and said he was willing to run in the elections again.

“I’m willing, I’m motivated, I’m in good health,” Lula stated, adding that said he would only make his decision early next year, some months before the election scheduled for October 2022. The popular leftist said his candidacy would depend on whether the party wanted him.

“We need to have someone who stands, we need to win the elections. And at the same time, we have to rebuild Brazil,” he said, speaking on behalf of his Workers Party.

Lula, 76, also took aim at the incumbent president. “He’s a poor copy of Trump. But Bolsonaro doesn’t think, he doesn’t have any ideas,” the former president said, claiming the incumbent leader was hellbent on ensuring the beneficial legacies of Lula’s administration were “torn down.”

A recent poll put him 27 points ahead of Bolsonaro, despite his candidacy not officially being announced.

In 2010, Lula made way for his protégé, Dilma Rousseff. Rousseff was ousted from power in what was described by her supporters as a parliamentary coup. Lula served nearly two years in prison after being convicted on money laundering and corruption, despite a nine-and-a-half-year sentence. He was also barred from running in the 2018 election.

A number of judges have subsequently ruled that the case against Lula was unlawful and the Supreme Court annulled his earlier convictions, meaning he can face off against Bolsonaro in 2022.