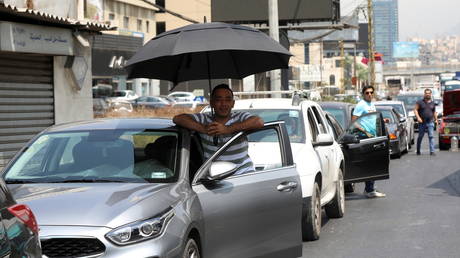 Ministers from Cairo and Beirut have said they’re close to finalizing a deal that will see Egyptian gas flow through Jordan and Syria to Lebanon as Beirut seeks to contain an energy crisis that has persisted for months.

On Tuesday, energy ministers from Lebanon and Egypt met in Cairo for talks and agreed on a roadmap for the host to supply Beirut with gas.

“Egypt offered… helping in the energy sector through the possibility of offering extra quantities of gas,” Lebanese Energy Minister Walid Fayad said at a joint press conference, suggesting more gas could be provided than originally anticipated if necessary. He did not elaborate further regarding quantities.

Egyptian Petroleum Minister Tarek El Molla said a plan had been agreed for the supply of gas to Lebanon. “God willing, we can finish the measures related to the deal within the few coming weeks,” he stated, adding that there would be further discussions, but failed to divulge when supply may begin.

The agreement, which was penned in September, will see Egyptian gas pass through Jordan and Syria in a pipeline to Lebanon as part of a US-backed strategy to overcome Lebanon’s power shortages.

Lebanon has been paralyzed by power shortages this year, which worsened as the state failed to secure energy to fuel power stations around the country. The issues have their roots in the financial crisis that has been exacerbated by political deadlock and the Beirut Port explosion last year. The Lebanese pound has sunk by some 90% since 2019.

US sanctions on the Syrian government and President Bashar Assad may scupper the energy deal, although Lebanon has requested Washington grant an exemption in this case.