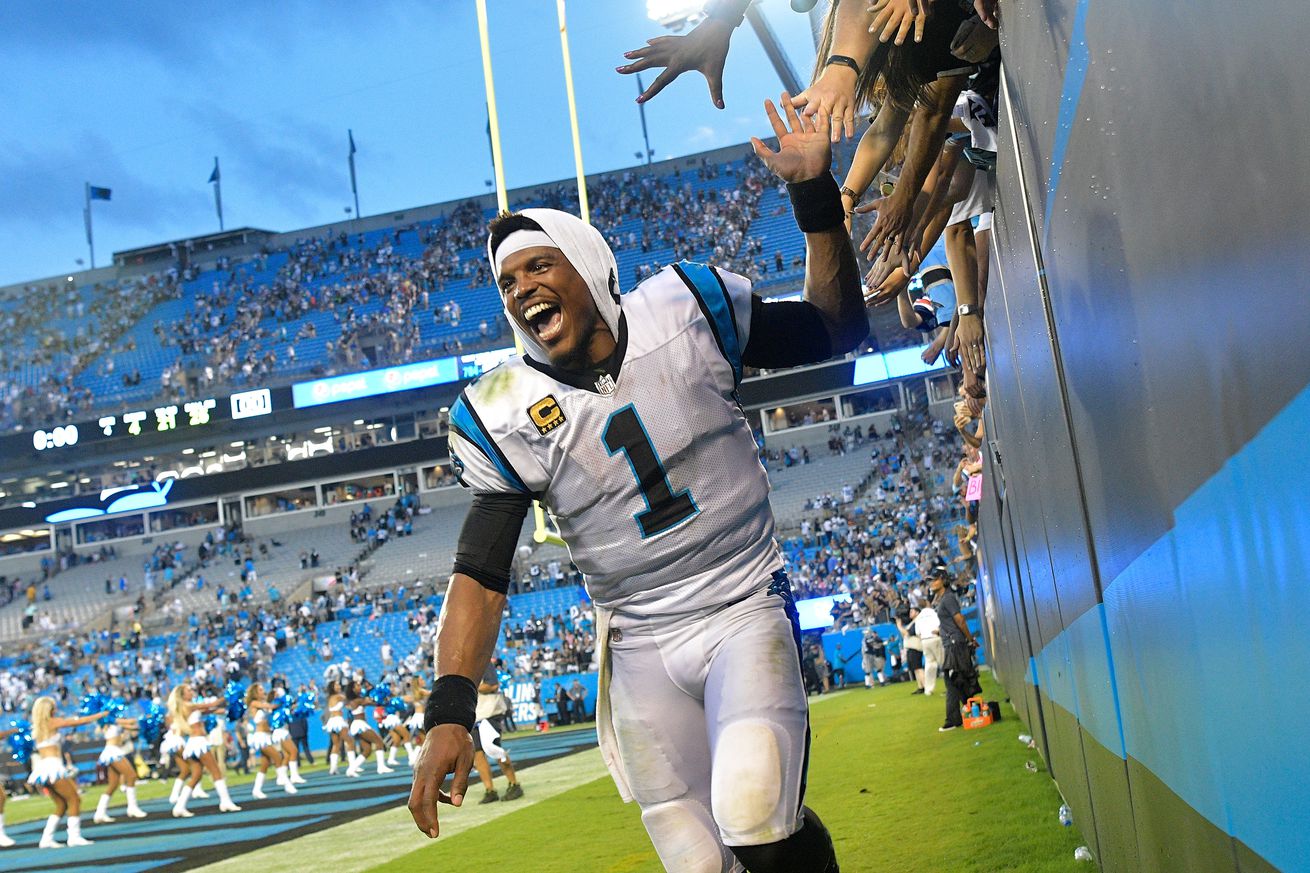 No. 1 is back in Carolina, and it means so much more than football.

The Carolina Panthers haven’t been the same since Cam Newton left. I know at first glance that feels like the most obvious statement in the world. Obviously teams are drastically different when a franchise quarterback goes away, but it’s not about Newton’s play, not really. Despite the injuries, mismanagement, and declining performance that precipitated his exit, Newton was still revered, loved, in a way fans hadn’t felt for a long time.

Now, Newton is back. On Thursday the Panthers announced they had agreed to terms to bring back No. 1 to presumably be their starting quarterback. It’s a reunion that feels right, regardless of what tore these sides apart. Newton’s early success in New England gave way to mediocrity, and the Panthers, try as they did to find a new passer, realized that the grass wasn’t greener on the other side.

The football merits of bringing back Newton are up for debate. The feeling of the move isn’t: Carolina has a soul again.

In the 18 months since Newton left, the Panthers had become one of the most boring, milquetoast teams in the NFL, inspiring apathy instead of emotion. The desire to install an analytic, data-based approach to football inside the organization with Matt Rhule left Carolina feeling like a terrible math class you had to sit through for three hours each week. Time will tell if the new approach for the Panthers will work, but the early returns aren’t good. Newton never represented hard numbers. He wasn’t the perfect scientific quarterback. Watching him play was like listening to jazz fusion, sometimes confusing, often challenging, with enough moments that blew you away that it made you feel something. Now that’s back.

What you need to understand about the Panthers is that this is a team whose fans wear their hearts on their sleeves. They embrace players even if they’re not great, but because they make them feel. Jake Delhomme was lionized for the better part of a decade, not because he was an elite NFL quarterback, but because his relaxed demeanor and Bayou charm made him a beloved figure on the team, and in the community.

Cam Newton has inspired these emotions too. The malaprops he used in press conferences, the endless array of hats, each more ludicrous than the last — it inspired mocking from other teams, and love in Carolina. To fans, No. 1 was their quarterback, and his presence made the team worth watching every single week.

That’s what’s been missing in 2021. Even with a middling record, there’s been very little motivation to want to watch the Carolina Panthers. There’s nothing especially exciting about their brand of football, particularly on offense, where Sam Darnold’s hot start gave way to an icy cold decline — but even before that, it’s not like Carolina was “can’t miss” programming.

Whatever happens next is secondary. Yes, Panthers fans should temper their expectations. Newton returns to Charlotte a very different player than he left. He’s gone through more lows, experienced life in another organization, and was on the verge of being out of the NFL. Sometimes though, the football matters less. The play is less important. That’s what’s happening now.

Cam Newton is back, and the Panthers have a soul again. Whatever the next step is, it won’t be towards apathy anymore.