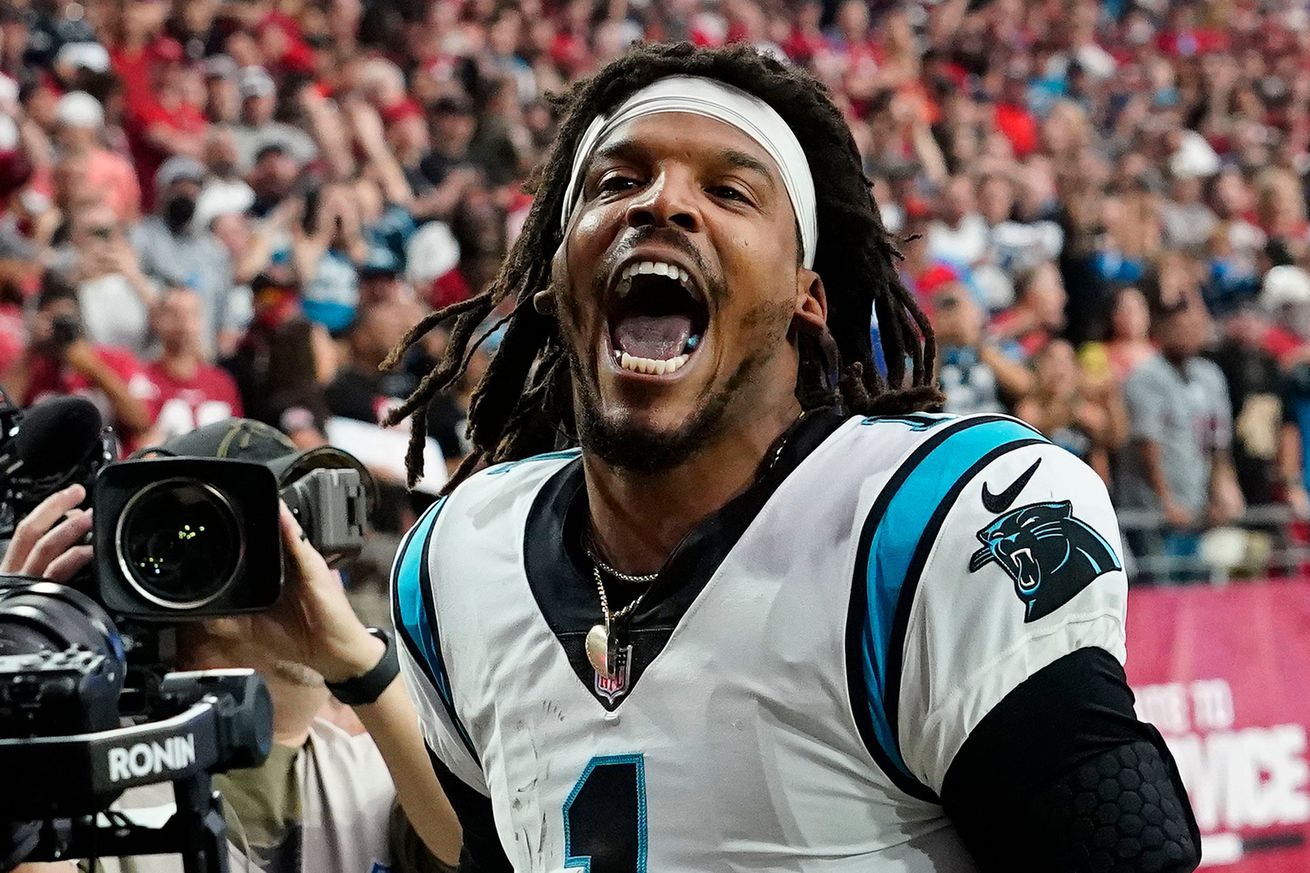 Nobody expected Newton’s return to be THIS dramatic.

Cam Newton’s return to Carolina wasn’t just important, it was iconic. Whatever preconceived notions you had about No. 1’s return were quickly torn asunder as the team’s legendary quarterback didn’t just revitalize the Panthers, he revolutionized them.

In a matter of a single afternoon the Panthers went from a boring, dead-in-the-water organization that inspires no excitement, to a team that not only dominated the best of the NFC, but one that felt like it had something special brewing as a result. That is the Cam Newton effect.

To understand why this move means so much, we need to examine what got the Panthers in the doghouse in the first place.

For the better part of a decade the entire Carolina offense revolved around Newton, and the team was constructed with his skills in mind. This meant overloading the team with talent at skill positions, but woefully neglecting the offensive line to balance out this greediness at other positions. For the most part, this worked. When healthy, Newton was able to mask protection deficiencies with his athleticism, escapability, and let’s face it, a size that made it tough to bring him down. This was not a well constructed approach, but it worked until Newton was injured.

Deciding it was time to move on, the Panthers hired Matt Rhule, boasting they were moving to a more analytical approach to the organization, and jettisoned the greatest QB the franchise had ever had. This was first met with confidence, because the belief was that Rhule and Co. were geniuses who could turn it around, but over time it became apparent they had absolutely misjudged their QB situation. From Teddy Bridgewater to Sam Darnold, something inside their numbers and analysis said this would work — but in both cases they suffered from the same issue: Neither were vocal leaders, and neither could manage with the lack of protection established for Newton.

Bringing back Newton was a tacit admission of failure by the Panthers front office, but it at least showed the team was able to swallow its pride. For weeks fans were saying the team needed to bring back Newton, and while it’s fairly common for fans to think they know better than the decision makers, in this case they were 100 percent correct.

Taking limited snaps on two days of practice, Newton scored two touchdowns in Carolina’s 34-10 dismantling of the Arizona Cardinals — but his presence meant so much more. Cam’s presence, his unrelenting leadership, his demand for excellence, all transformed the Panthers into an entirely different team. On both sides of the ball Carolina looked revitalized, motivated, and there was no mistaking who got the credit for the change.

Christian McCaffrey says Cam Newton brings energy like no one he’s ever known.

The greatest athletes, the legendary ones, don’t just perform on the field, court or ice — they inspire everyone around them to be better. That’s precisely what happened when Newton returned. Hate him all you want, but there has never been any dispute that the dudes who play with Cam Newton absolutely love everything he brings to the table. Anyone who watched the Panthers play on Sunday know this was not the same team playing for the prior nine weeks. They’d won games, sure — but there was no energy, no joy, no confidence. It was like Carolina were surprised they actually won games, not believing they deserved to.

In two days Cam Newton not only completely transformed the Panthers into a team that looks like it could make a late push for a wild card spot in the NFC, but his effect on the football team was being felt by the Charlotte Hornets, finding themselves as deep underdogs to the seemingly unbeatable Golden State Warriors.

LaMelo said he knew the #Hornets were winning.

“Coming in today I felt like we were going to win. I seen the Panthers, they were playing the Cardinals. And I seen they were like 8-1 or something. I’m like, ‘Dang this kind of lines up.’ I feel like we might win too. And we won.

A week ago I wrote about the Panthers being an utter disaster that would take years to repair. Those issues haven’t magically been fixed just because the team signed Cam Newton, they’ve just been kicked down the road. The distraction is not just welcome, it’s intoxicating, and in two days Carolina went from being utterly forgettable, and became unmissable. That’s what Newton means.