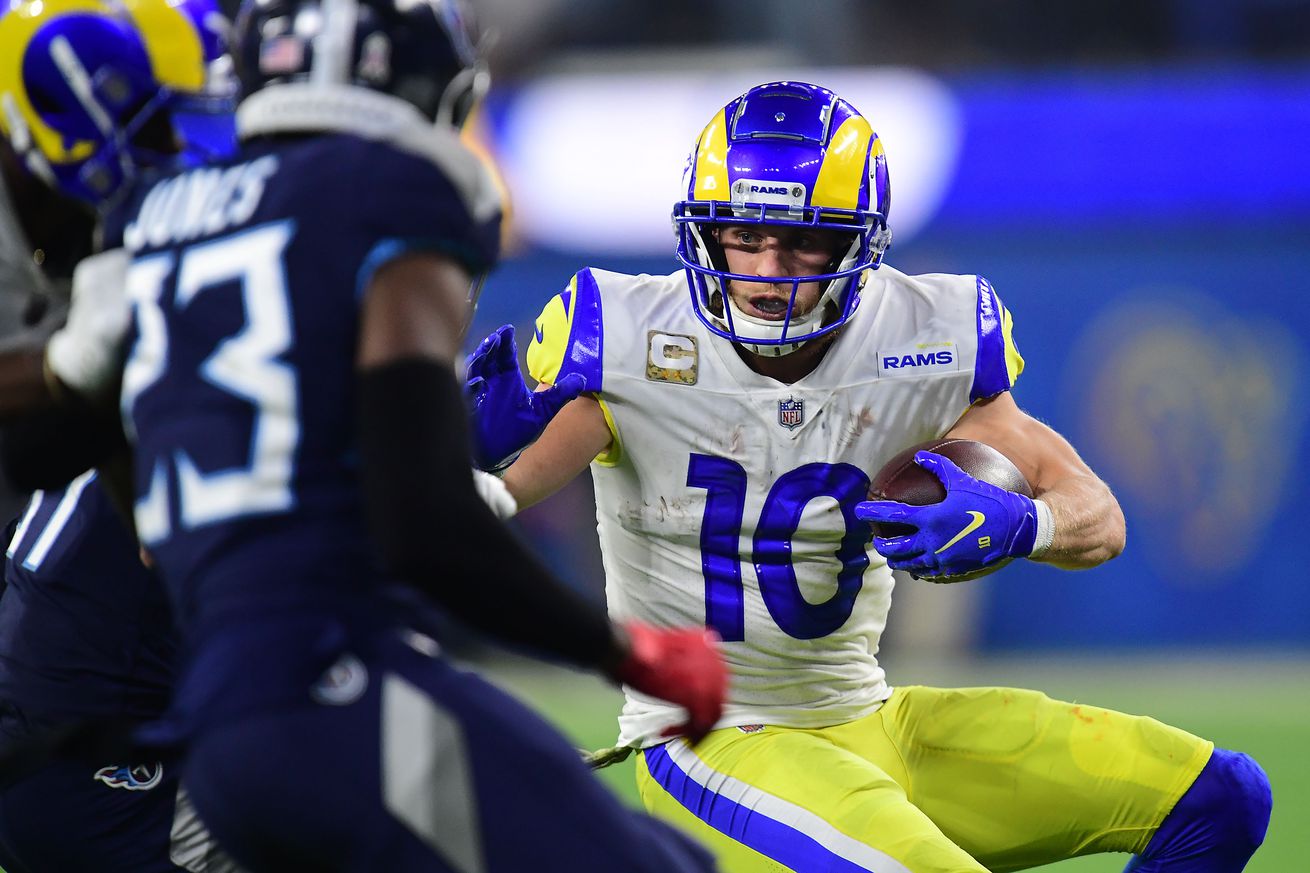 It’s the end of an era for the Kupps.

I don’t pretend to know the unwritten rules of playing in an all-dad fantasy league when one of the team-runners has a son in the NFL, but for Cooper Kupp’s dad it’s become a problem.

Talked to Cooper Kupp’s dad and he had some bad news: The guys in his fantasy league are no longer going to allow him to draft his son as a courtesy. Craig Kupp will have to compete for him next season.

For years Craig Kupp has been granted the ability to draft his son without problem. It’s not like he was a mammoth threat to run away with the league by having Cooper on his roster, and there were plenty of other WR2s out there for the picking — so nobody picked Cooper Kupp, allowing a father to draft his son.

That all ends now.

To be fair, Craig was given a gift in 2021. Cooper Kupp has become Los Angeles’ top receiver with the Rams’ switch at QB to Matthew Stafford. Kupp leads the NFL in receiving yards, and as projected he’s on pace to finish just 22 yards shy of the single-season receiving record held by Calvin Johnson. That’s tremendous considering he’s essentially a free player.

I’m dying to know more about the Kupp drafting rules. Did Craig have to burn an early pick on his son, or is this a case where he was always taken in the final round, as an honorific move if nothing else? I’m fascinated by this because if he was a late pick then I can only imagine how angry every else is. Cooper has given pops 235.4 points this season, and there are no signs of slowing down.

The whole thing is bittersweet. On the one hand a tradition ends, on the other, it’s because your son is so damn good now that nobody can give him away as a freebie anymore.