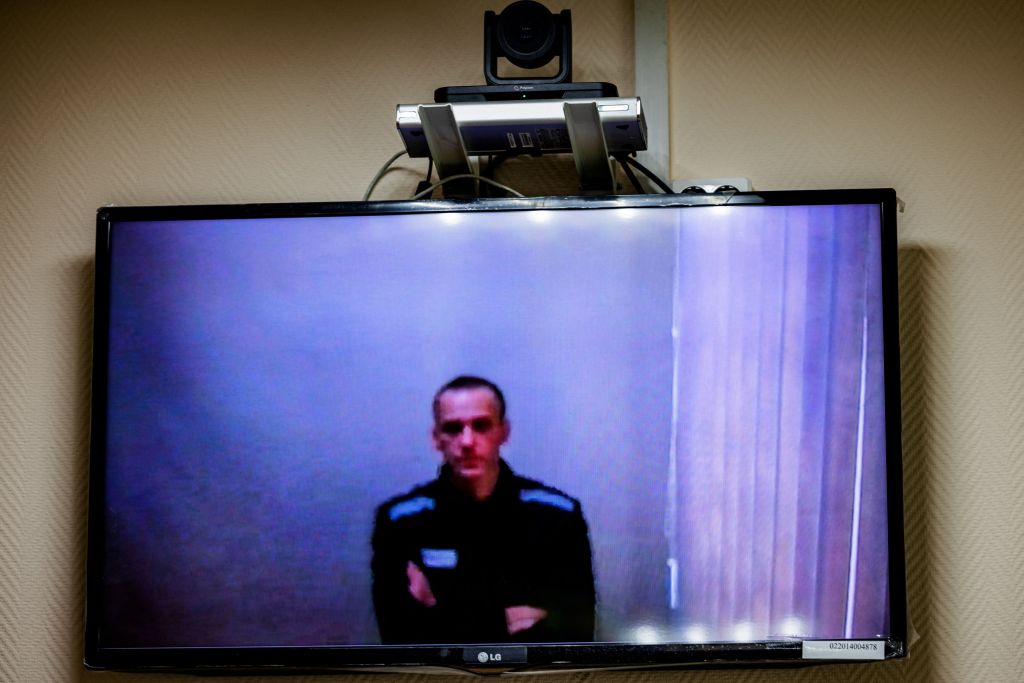 The Nobel Committee is set to announce the winner of the Nobel Peace Prize on Friday in Oslo, Norway.

Regarded as one of the world’s most prestigious accolades, the Nobel Peace Prize is one of six awards established by Alfred Nobel in 1895 to acknowledge work of “the greatest benefit to humankind.” Last year’s winner of the the award and $1 million cash prize was the World Food Programme, the world’s largest humanitarian organization, for its efforts to combat global hunger, particularly in areas of conflict.
[time-brightcove not-tgx=”true”]

In a turbulent year marked by the ongoing COVID-19 pandemic, political turmoil and warnings of environmental crisis, there are 329 candidates for the Peace Prize — the third highest number ever. Every year, the Nobel committee asks academics, scientists, former winners and politicians from a range of countries to submit nominees.

The list will be kept secret for another 50 years, but a survey by Reuters of Norwegian lawmakers found that climate activist Greta Thunberg and political dissidents Svetlana Tikhanovskaya and Alexei Navalny are in the running.

The Committee is famously unpredictable in its choice of laureate, and rarely follows popular trends. Nonetheless, here’s a list of oddsmakers’ favorites to win the prestigious accolade:

Almost two years after the first known outbreak of COVID-19 was recorded in Wuhan, China, the pandemic continues to shape our daily lives and dominate political discourse. While resurgent waves and deadlier variants have challenged governments around the world, the World Health Organization has remained a leading figure in co-ordinating the international response.

The WHO was tipped as a potential laureate in 2020, only to lose out to another UN agency, the World Food Programme. Since then, the organization has overseen a controversial investigation into the origins of the COVID-19 pandemic in China and navigated the multinational temporary suspension of the AstraZeneca vaccine due to blood clot fears. The WHO also overcame a temporary suspension of funding from the U.S. by President Donald Trump which was reinstated by President Joe Biden in January.

The scheme has not been without controversy, however, as COVAX failed to hit its initial target of 100 million vaccines delivered in March 2021—a continuing shortage of vaccines for the scheme has been blamed on “vaccine nationalism” in developed countries.

Dimitar Dilkoff—AFP/Getty ImagesJailed Kremlin critic Alexei Navalny appears on screen via a video link from prison during a court hearing, at a court in the town of Petushki some 120 kilometres outside Moscow, on May 26, 2021.

One of Vladimir Putin’s most influential opponents, activist and opposition leader Alexei Navalny was nominated by academics for his work fighting state corruption in Russia. While a well-known figure for the past decade as a would-be challenger to Putin, Navalny this year became a prisoner of conscience.

In Aug. 2020, Navalny was hospitalized after being poisoned with the nerve agent Novichok, allegedly by members of the Russian secret service, the FSB. After recovering in a German hospital, he voluntarily returned to Russia in Jan. 2021 only to be immediately detained on charges of violating parole for prior convictions widely believed to be politically motivated. He was sent to a penal colony where he says he is subjected to “psychological violence,” including being forced to watch state TV eight hours a day. The events provoked mass protests in Russia.

Despite the bleak circumstances, Navalny has remained a vocal critic of Putin from prison, penning articles for the Guardian and being interviewed by the New York Times. He called on Western governments to take a tougher stance on corrupt foreign powers, but criticized U.S. and European sanctions for harming Russian citizens.

In Aug. 2021 he was issued with fresh charges which could mean he will remain in prison until after the next presidential elections in 2024. He has been recognized by Amnesty International as a “Prisoner of Conscience” and was named one of TIME’s 100 Most Influential People of 2021.

Swedish teenage climate activist Greta Thunberg, TIME’s 2019 Person of the Year, has been a favorite to win the Nobel Peace Prize every year since 2019. Prize watchers say this could be her year; former laureates Malala Yousafzai and Congolese doctor Dennis Mukwege were likewise tipped for victory several years before they actually won.

Since the wave of international school climate protests started by Thunberg in 2018, she has continued to call on global powers to commit to tackling the climate crisis. At the Youth4Climate summit last month, Thunberg condemned political leaders’ “empty promises” and “lack of action” to limit global temperature rises to 35F (1.5C). In May 2021, she turned her attention to the food production industry and its link to virus outbreaks such as COVID-19, arguing that a shift to plant-based diets would reduce emissions and the risk of future pandemics.

The latest Intergovernmental Report on Climate Change published in August issued a stark warning that catastrophic environmental changes caused by humanity are now inevitable and irreversible. In this context, awarding Thunberg the Peace Prize would send a strong message to attendees of the upcoming United Nations Climate Change Conference (COP26) in November that climate change is the biggest threat facing humanity today.

Belarusian human rights activists and politician Svetland Tikhanovskaya is more of an outlier in oddsmakers’ books—but so are most Nobel Peace Prize laureates. When President Alexander Lukashenko, dubbed Europe’s last dictator,ordered the arrest of opposition candidate Sergei Tikhanovskaya, Svetlana’s husband, in May 2020, she decided to run as his replacement in the August Presidential elections. She went from a full-time mother to leading a mass movement.

But Lukashenko claimed his own victory despite allegations of electoral fraud. Amid mass protests which saw many activists injured or imprisoned, Tikhanovskaya escaped the country to Lithuania with her two young children. From there, she now heads up the Coordination Council, a government in exile fighting to end Lukashenko’s 26-year rule, and campaigns for the release of her husband. She was named in this year’s TIME’s 100 Next list.

Chip Somodevilla—Getty ImagesPresident Joe Biden delivers remarks about the need for Congress to raise the debt limit in the State Dining Room at the White House on Oct. 4, 2021 in Washington, DC.

When U.S. President Joe Biden was inaugurated in Jan. 2021, he inherited a global pandemic and a divided country from his predecessor. In his first few days in office, he signed dozens of executive orders, including to rejoin the Paris Climate Agreement which President Donald Trump had withdrawn from in 2020, to halt the construction of the U.S.-Mexico border wall, and to reinstate funding to the WHO.

It is not uncommon for Presidents to win the Nobel Peace Prize. In 2009, President Barack Obama was honored in his first year of office. In his 2020 memoir, A Promised Land, Obama recalls his baffled reaction to winning the prize so early in his presidency—”For what?” he asked.

The biggest mark against Biden, however, is the calamitous withdrawal of the final U.S. troops from Afghanistan in August. Military bases were abandoned overnight and the majority of U.S.-allied Afghan interpreters working who applied for visas were left behind, by which point the Taliban had stormed to power. Biden strongly defended his decision not to delay or slow down the withdrawal, despite international concern.

Also in the running: Jacinda Ardern, Reporters Without Borders and more

Among other potential winners that gambling websites give longer odds to are Jacinda Ardern, for her handling of the COVID-19 pandemic in New Zealand (which is now under scrutiny amid a surge of the Delta variant leading the country to abandon its zero-covid target); press-freedom watchdogs Reporters Without Borders and U.S.-based Committee to Protect Journalists; global movement Black Lives Matter for protesting systemic racism; and global organization UNHRC, the U.N.’s agency for the protection of human rights.