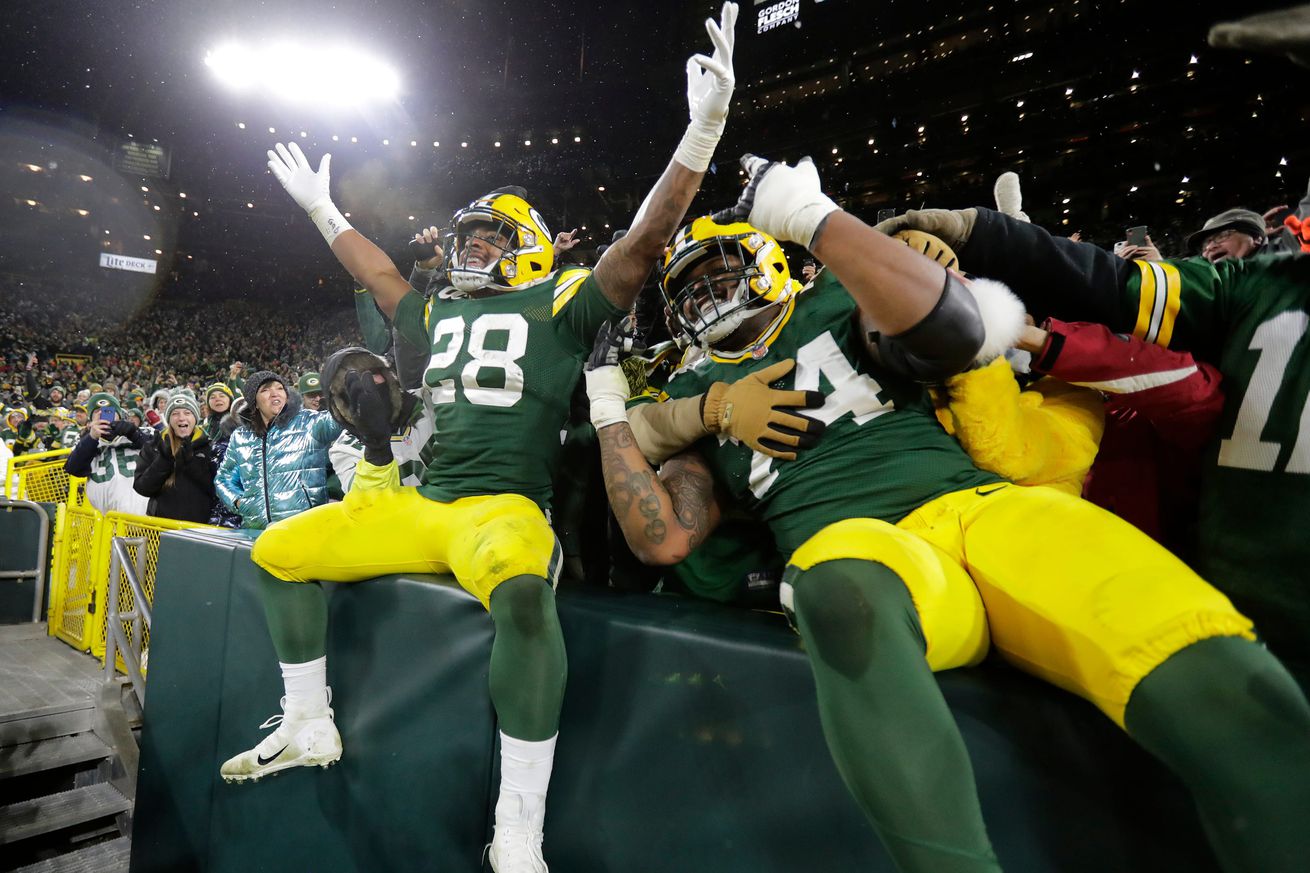 This is what the NFC and AFC playoff picture looks like after 10 weeks.

We’ve officially hit playoff speculation season in the NFL. With seven games to go it truly feels like a mad sprint to the finish, but one where everyone’s blindfolded and their ankles are tied together. The unpredictability of 2021 is a sight to behold, and it has created one of the wildest playoff scenarios in recent memory.

The NFL expanded the field to seven teams in each conference this season, leading to 22 teams still having a very reasonable shot of making the postseason. Let’s not waste anymore time and dive in. We’re looking at the playoff picture as it exists today, with also a projection based on the final seven weeks.

Only loss I see coming is to the motivated and surging Patriots. This scenario would give the Titans the top seed and home field advantage in the AFC.

The Bills have been incredibly inconsistent in recent weeks, making their two games against New England, as well as the Buccaneers, and even the Panthers all potential traps. Ultimately I see two of these games being losses, take your pick where, cementing the second seed.

I don’t like putting much faith in this final slate because of how difficult Baltimore has become to predict. For my money they’ll lose to the Packers and Rams, but it also wouldn’t surprise me if this teams drops five games and finds themselves fighting for a wild card.

Everything hinges on the Chiefs’ defense stepping up and stopping people. This doesn’t happen against the Cowboys, and at least one other team. Still, considering how bad the start of the season was — the No. 4 seed would be amazing.

As it stands the Steelers are in the playoffs. It feels an awful lot like a collapse is coming and in my projection the Steelers falter because of their remaining schedule.

Currently the No. 6 seed, in my projection the Patriots jump up a spot. New England is surging right now, and with a favorable back-end schedule they have a real shot to make a run here.

The Chargers at once point looked like favorites to dominate the AFC, but recently they’ve been faltering along with the rest of the conference. I projected a mixed bag down the stretch that narrowly gets them under the wire.

Who can make it in from the bubble?

As it stands there are five teams that have a realistic shot of making a run:

All within striking distance. Of these teams my pick to jump up and take the place currently held by the Steelers is the Cincinnati Bengals who have a mixed end to their season, and I see finishing 10-7.

Only potential loss I see is to the Rams, but I think they’ll win there — then drop a random game somewhere else. Otherwise this is a fairly safe close to the season and the Packers should easily secure the No. 2 seed — and we’re getting to why that happens in a little bit.

Despite the embarrassing loss to Carolina in Week 10, the Cardinals have a really beneficial schedule down the stretch that sees only the Rams and Cowboys are legitimate tests. I think they cruise to a 13-4 record and the No. 3 seed.

I cannot find a reasonable loss in the remaining Dallas schedule. This is an incredibly beneficial final seven games to the season, which I think really could allow the Cowboys to end with the No. 1 overall seed, and home field advantage.

The Rams’ debacle on Monday Night Football showed a vulnerability this team had that a lot of people didn’t expect. I don’t know if they have enough gas to make it to the end — but Los Angeles has a good enough record to coast in.

The Bucs are in disarray right now, making this a real toss-up, but I think this team can pull it together. I do have a couple of losses baked in here, just because I don’t see them winning out. This is not quite as dominant as the team a year ago.

The Saints have been incredibly inconsistent and have a rough final stretch. I think they drop four games and bump themselves out of the playoffs.

This completely comes down to Cam Newton, and whether Carolina can build off his arrival. This is a pretty soft close to the schedule with room to find a back door into the playoffs. That domination of the Cardinals made a big point, and I think they can make it in … barely.

Who can make it in from the bubble?

In the NFC there are reasonably three teams that can make a run:

Of these three I’m projecting one team to make a jump and replace the Saints, and for my money that the Minnesota Vikings. There’s no lack for talent on the Vikings roster, and at 4-5 they’re in an okay position. There’s a soft remaining schedule I can see Minnesota finishing 10-7.