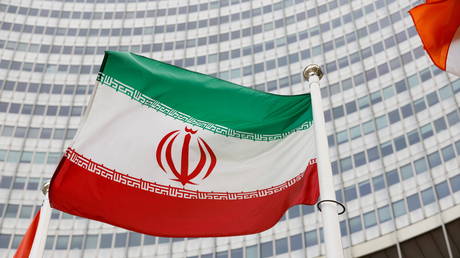 Germany has made it clear that Iran cannot demand more conditions for resuming the talks on a renewed nuclear deal, as Tehran indicated it will be ready to recommence the negotiations by early November.

On Monday, the German government said that it would reject any new prerequisites put forward by its Iranian counterpart, referring to a recent request from Iranian Foreign Minister Hossein Amir-Abdollahian for the release of $10 billion in frozen assets.

“If here new conditions are being set by Iran for talks to be resumed, then we reject that,” a German foreign ministry spokesman said, while urging Tehran to return to the negotiating table “as soon as possible”.

Speaking on the same day, Saeed Khatibzadeh, spokesman for Iran’s Ministry of Foreign Affairs, remarked that the talks are likely to kick off again in the near future, as soon as early November.

“The government of [President] Ebrahim Raisi has been in power for less than 55 days… I don’t think that the [return to talks] will take as much as 90 days,” he said.

On Saturday, Amir-Abdollahian revealed that he had asked Washington last month to release billions of dollars of Tehran’s money to show that the Biden administration’s desire to restart negotiations was genuine.

“The Americans tried to contact us through different channels [at the UN General Assembly] in New York, and I told the mediators if America’s intentions are serious then a serious indication was needed… by releasing at least $10 billion of blocked money,” the minister said.

Talks on reviving the atomic accord, the Joint Comprehensive Plan of Action (JCPOA), have stalled since June amid Iran’s presidential elections and the formation of a new government.

The deal, which required Tehran curb its nuclear program in exchange for the lifting of international sanctions, was signed between Iran, China, France, Germany, Russia, the EU, the UK and the US in 2015. Under then-US President Donald Trump, America withdrew unilaterally from the landmark accord in 2018.

Trump then imposed a slew of fresh embargoes on Tehran, which in turn began resuming the enrichment of uranium beyond levels allowed under the JCPOA.

President Joe Biden’s administration has expressed a strong interest in restoring the agreement and has been holding indirect talks with Iran in Vienna. However, Iran is insistent that all sanctions should be lifted as a prerequisite for talks to proceed, which the White House has so far refused.