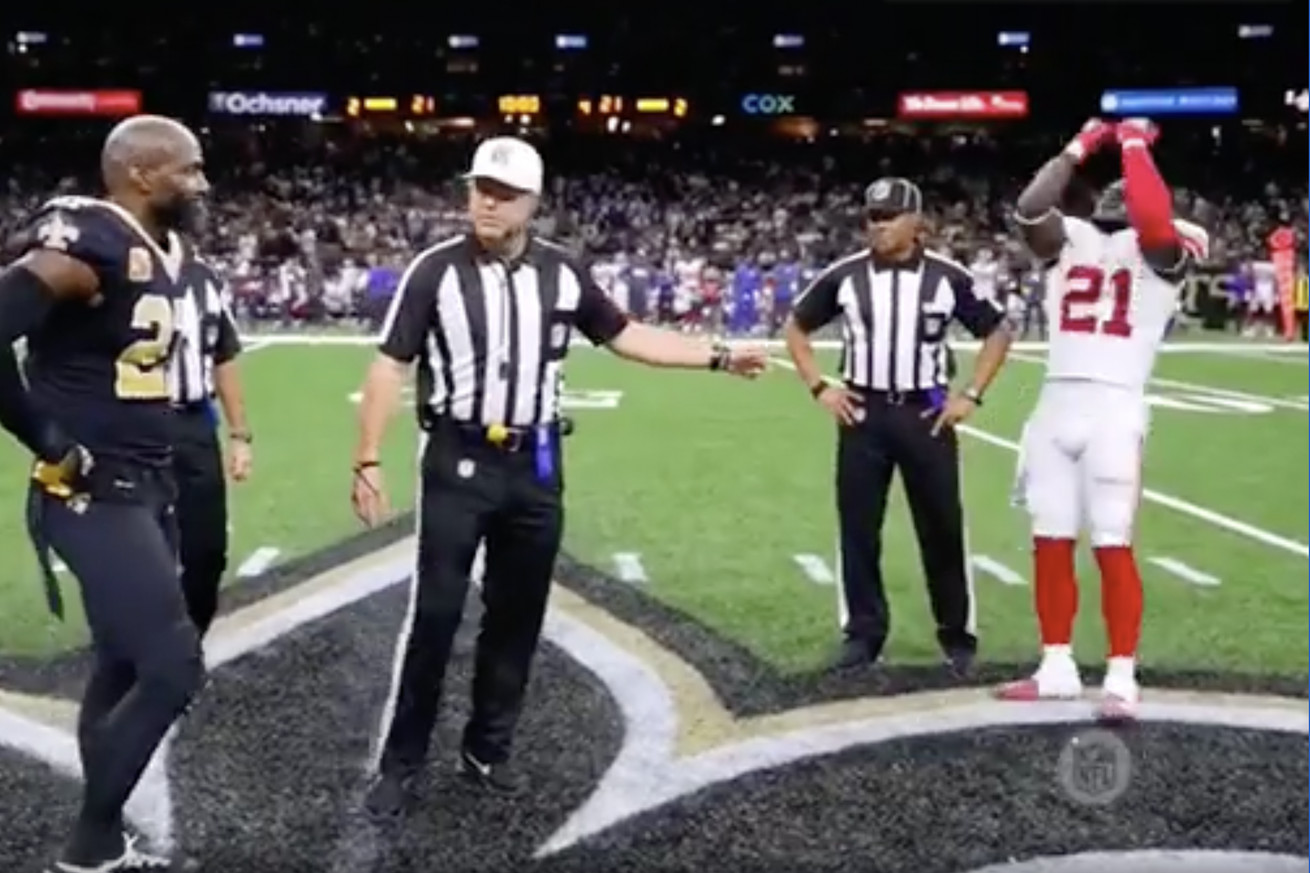 No one celebrates a coin flip like Giants safety Jabrill Peppers.

The New York Giants and New Orleans Saints played an absolute barnburner in Week 4. The two teams headed into the locker room tied 7-7 at halftime to set the stage for a dramatic second half. For a while, it felt like the Saints were on their way to a victory that would have pushed them to 3-1 on the year.

New Orleans broke open the tie when backup QB Taysom Hill broke like seven tackles on a remarkable touchdown run. Hill would rush for another touchdown a couple possessions later to put the Saints up 21-10. That’s when the Giants started their comeback.

New York quarterback Daniel Jones hit star running back Saquon Barkley for a 54-yard pass up the sidelines for a touchdown. Jones then rushed for the two-point conversation. The Giants would force overtime when kicker Graham Gano hit a 48-yard field goal with under one minute remaining in regulation.

Everyone knows winning the coin toss is critical in an NFL overtime game. If the receiving team scores a touchdown, the game is over. The Giants sent strong safety Jabrill Peppers out for the coin flip, and his celebration after winning it was an instant classic as long as you don’t mind some dirty language.

Maybe Peppers knew his offense would end the game right then. That’s exactly what happened. Jones connected on several nice passes to move the ball into the red zone, where Barkley won the game with a six-yard touchdown run. The Saints’ offense never got the ball back.

I don’t think I’ve ever seen someone so jacked up to win a coin flip before. His explanation after the game was priceless, too.

Jabrill Peppers on what he said pic.twitter.com/6EbmkgYUFN

Peppers knew the stakes of the toss with his offense rolling, and it sure seems like he believed his team would finish off the Saints on their first possession of the extra session.

The win is the Giants’ first of the year, and moves them to 1-3. The Saints are now 2-2. Check out Ed Valentine’s winning recap at our Giants community Big Blue View.