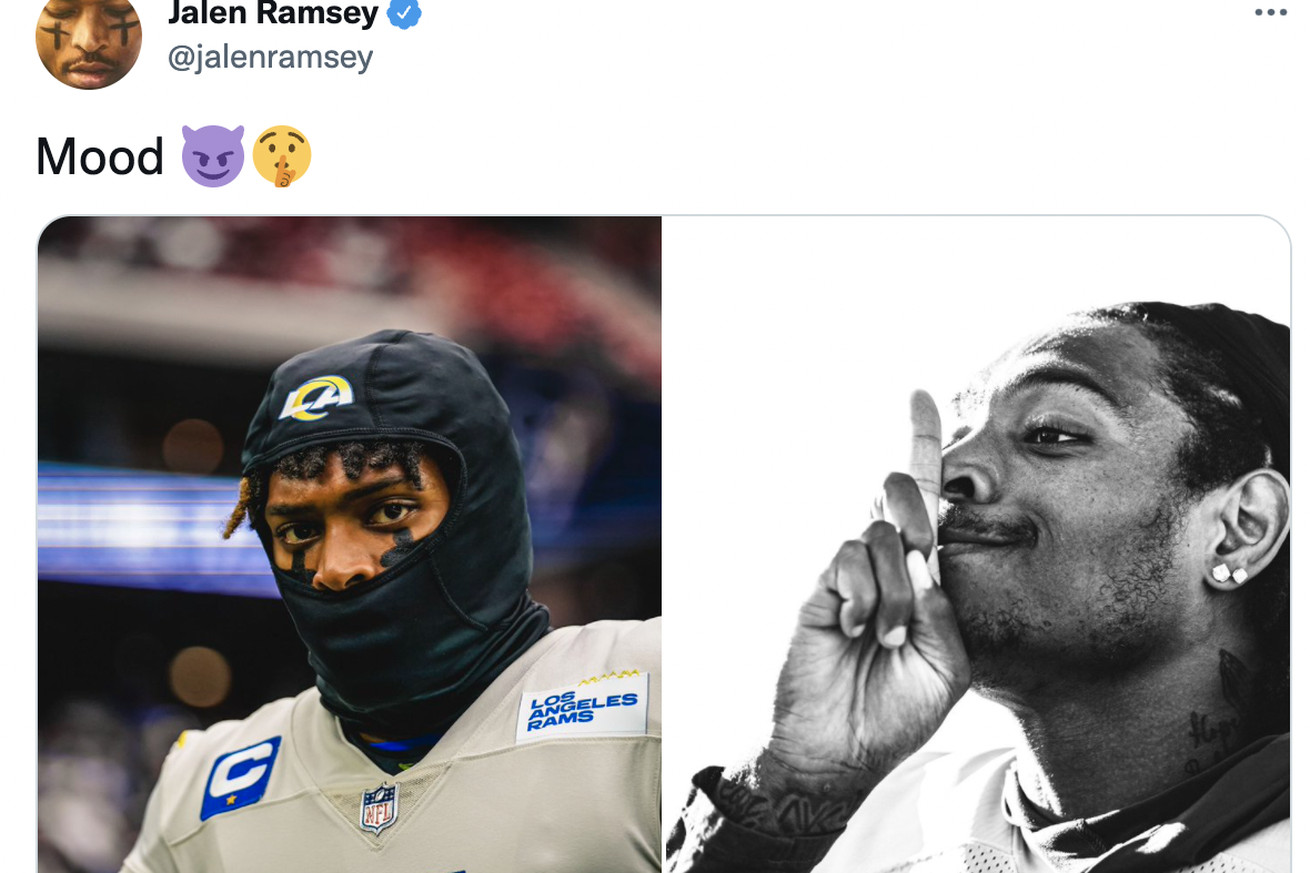 Jalen Ramsey knows all when it comes to the Rams’ big acquisitions.

It’s hard to know who to trust in NFL media these days. ESPN’s Adam Schefter has been under fire for his reporting around the Washington Football Team’s email scandal and the handling of domestic violence allegations against Vikings running back Dalvin Cook. It feels like the race for breaking news is more competitive than ever, all while NFL teams do everything they can to control the narrative.

Ramsey hinted at the Von Miller trade on social media before it happened. He did it again with the Rams’ free agent signing of Odell Beckham Jr.

Before the Rams dealt for Miller at the trade deadline, Ramsey tweeted this:

Hours later, the Rams had swung a trade for Miller that shocked the NFL.

Speculation over where Beckham would end up circulated all weekend. The Green Bay Packers and New Orleans Saints were two teams that consistently kept coming up. The Rams were lurking the whole time.

On Thursday, Ramsey retweeted himself from the day of the Miller scoop. “Just feeling this mood again,” he said.

Hours later, Beckham was a Ram.

Yes, Ramsey will take a victory lap for that.

Jalen Ramsey is out here spilling the tea. The Rams now feel like this season is fully Super Bowl-or-bust after making their two big midseason acquisitions.

Next time you’re looking for the hot gossip in the NFL, forget the scoop reporters. Ramsey has you covered.