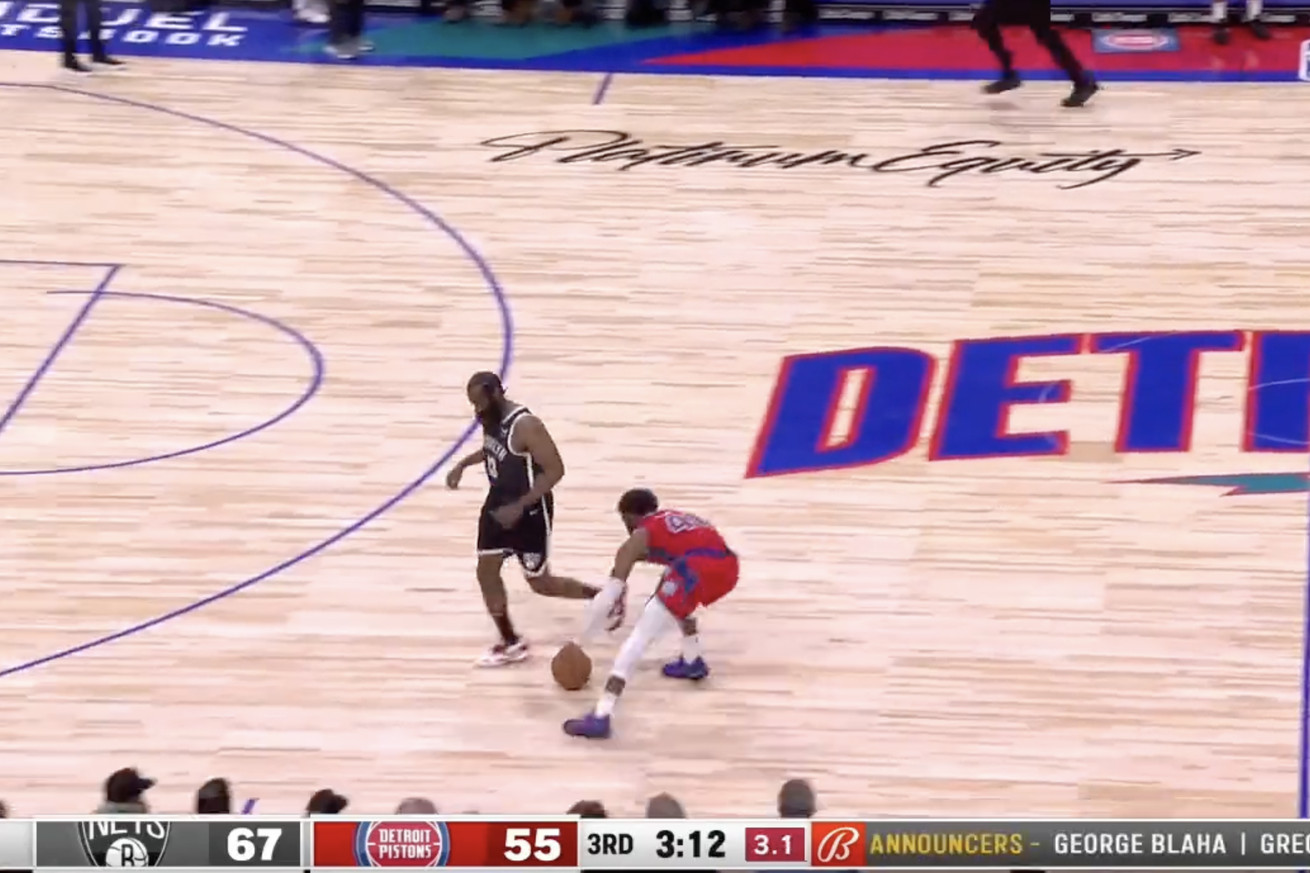 Why didn’t James Harden pick up this loose ball?

James Harden’s slow start has been one of the biggest storylines of the 2021-2022 season. We’ve gone in depth on why Harden is struggling — namely: a combination of a lingering hamstring injury from last season’s playoffs and a rule change that has helped cut down shooting fouls — but it’s still shocking to see one of the best players of this generation have some true lowlights throughout the first few weeks of the new campaign.

The Brooklyn Nets earned a tough 96-90 win on Friday night against the league-worst Detroit Pistons, but Harden had another tough night despite finishing with a triple-double. Harden shot only 3-of-10 from the field and had nine turnovers.

One of them resulted in another viral moment Harden won’t appreciate seeing over and over.

In the third quarter, Harden was stripped by Detroit’s Saddiq Bey. As the loose ball bounced down the court, Harden jogged up to the ball but didn’t bend down to grab it. Instead, Bey scooped it up and glided in for the dunk. Watch the play here.

Harden … what are you doing, man?

Harden might set a new league record for turnovers this year, and it’s plays like this that make you wonder if the 32-year-old really has lost a step. The smart money still says Harden figures it out eventually and returns to form as one of the best scorers in the league, but let’s just say my preseason MVP pick isn’t looking so hot.

The Brooklyn Nets still have Kevin Durant who scored 29 points in this game and may be the best player in the world. But with Kyrie Irving sidelined indefinitely and Harden looking like a shell of himself, the Nets no longer feel like the heavyweight title favorite.

This year is again wide open as long as Harden continues this malaise. Let’s see if and when he can snap out of it.