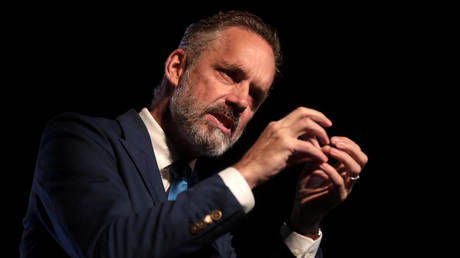 Controversial psychologist Jordan Peterson has hammered the “totalitarian state” he says has emerged in response to Covid-19, angrily wondering why he ever got vaccinated if the state still won’t leave him in peace.

“I thought, all right, I’ll get the damn vaccine. But, here’s the deal, guys: I’ll get the vaccine and you f***ing leave me alone!” Peterson told podcast host Dave Rubin on Wednesday.

“And did that work? No. So, stupid me, you know?” he exclaimed. “It’s like, why did I get the vaccine then, if you’re not going to leave me alone?”

“Here’s the deal, I got vaccinated, you fucking leave me alone.” —- A fired up @jordanbpeterson joined me this week.

Though Peterson is vaccinated, like all Canadians he is still subject to Covid-19 testing when he travels between Canada and the US, and is still required to mask up indoors in Ontario, where he lectures at the University of Toronto. Canadians who aren’t vaccinated are prohibited from flying out of the country.

“My father isn’t vaccinated. He decided not to, partly because they were telling him he had to,” Peterson explained. “In any case, it’s extraordinarily annoying to see this happening, and to then find out that there’s nothing behind it except the most instrumental and cowardly random polling is extremely disheartening and also maddening and also angering – all of those things at once.”

With the Biden administration pushing employers to enforce a controversial and potentially vaccine mandate despite a court order freezing the rule, Peterson told Rubin that he was surprised by “how rapidly we stampeded to imitate a totalitarian state in the immediate aftermath of the release of Covid.”

Some commenters watching Peterson’s interview noted a certain irony in the prominent dissident getting vaccinated to “appease the mob” and regain his freedom, then being surprised when his freedom wasn’t given back.

Full respect to Jordan Peterson. But we’ve known that a vaccine won’t give us our Freedoms back.

Jordan Peterson took the vaccine to appease the mob, and now the mob won’t leave him alone.

The lesson we should all take from this is very clear: never EVER violate your own principles to appease a bloody mob!

“Why did I get the vaccine then, if you’re not gonna leave me alone?”

Another case of a “smart” person who doesn’t understand freedom cannot be taken, only given up. These people are unreal. https://t.co/t2NfJUSHel