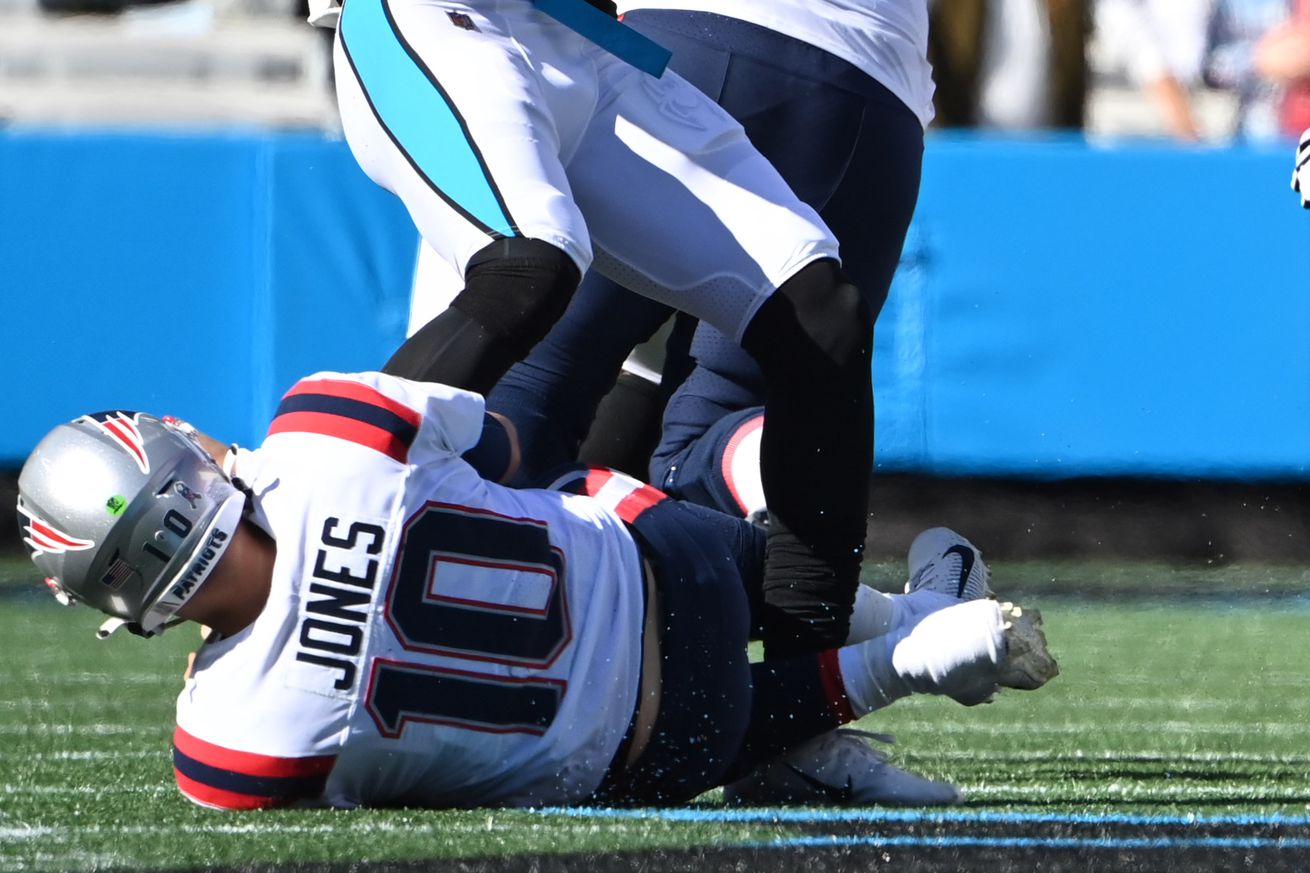 Is this dirty? You decide.

New England Patriots quarterback Mac Jones is under fire following a play on Sunday the Carolina Panthers are calling “dirty.” We’ll let you be the judge of this moment where Jones grabbed the ankle of Brian Burns, twisting it while rolling on Sunday.

Not to belabor the point, but you won’t get a better look at the Mac Jones ankle twist than this one from NFL Films. You can clearly see the grab, the trip, and the roll. It’s not great. pic.twitter.com/pBjUnqJ8Wc

Initially it appeared Burns was injured on the play, hobbling off the field into the trainer’s tent. The defensive end would miss a series, before returning to the field. While Burns and the Panthers are extremely lucky this wasn’t more serious, that didn’t stop teammate Haason Reddick calling out Jones for the play.

“Definitely thought it was a dirty play,’’ Reddick said. “I actually saw and witnessed the play while it was happening. At first it felt like he was trying trip or kick Burns. And the next thing you know I saw him tugging on Burns’ ankle. I thought it was completely dirty. Hopefully, it’s something the league addresses.’’

In response, Bill Belichick said he didn’t believe the play was a dirty, but rather a mistake by his quarterback. Belichick said that he believes Jones thought Burns was in possession of the ball, and that Jones was trying to tackle him on the play. When pressed further the Patriots coach acknowledged that he hadn’t really looked in depth into the play, but was “just telling you what I saw on the play.” Belichick’s explanation, while possible, doesn’t feel plausible when seeing it from another angle.

Burns is clearly away from the pile, and it’s tough considering the positions of other players on the field that anyone could believe Burns was in possession of the ball.

There has been no word from the league at this time whether Jones could be fined for the ankle twist. Whether or not you believe this was malicious, or simply a mistake — it’s lucky that Burns is okay and will not be injured for a significant period of time.