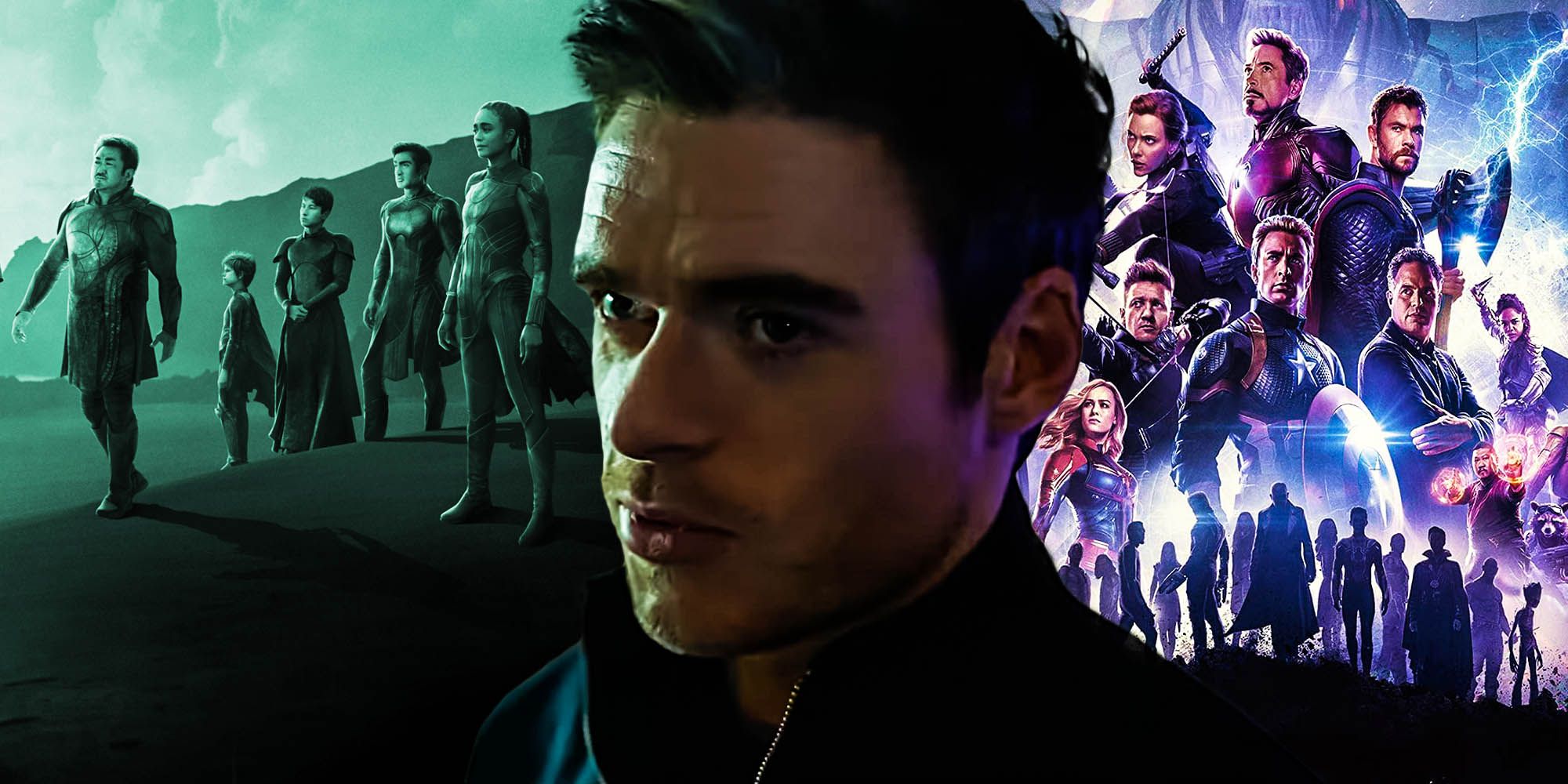 The arrival of the Eternals could make the Avengers unnecessary in the MCU. In less than a month, Marvel Studios is debuting a brand new superhero team through Academy Award-winner Chloé Zhao’s much-anticipated blockbuster, Eternals. Created by the Celestials, they were sent to Earth to protect humans from Deviants. The Eternals, some of Marvel’s most powerful characters, have been in existence for thousands of years, but this is the first time that they will make their presence known.

MCU’s main Eternals team is composed of 10 heroes, and Marvel Studios assembled a star-studded cast to play them. Thena (Angelina Jolie), Ikaris (Richard Madden), Makkari (Lauren Ridloff ), Phastos (Brian Tyree Henry ), Ajak (Salma Hayek), Sprite (Lia McHugh), Gilgamesh (Don Lee), Kingo (Kumail Nanjiani), Sersi (Gemma Chan), and Druig (Barry Keoghan) initially operated as a unit. But after a couple of centuries, they decided to part ways, and they haven’t reunited since then. Smart Hulk’s (Mark Ruffalo) reverse snap in Avengers: Endgame inadvertently kicked off the mysterious Emergence, forcing the team to band back together. It’s currently unclear what this new MCU tragedy entails, but it sounds quite serious, to the point that the Eternals are called back for duty.

Eternals has a lot to introduce, with a runtime that is longer than Infinity War, and given the looming introduction, once the titular heroes make themselves known after a long time in the shadows, there will be no turning back; they will become public personalities. This is good news for the MCU as it means that they can fully explore the characters moving forward, but not so much for the Avengers. The franchise’s premiere superhero team is dubbed Earth’s Mightiest Heroes, although admittedly the events of Avengers: Infinity War and Endgame effectively made them galactic heroes. In any case, the Avengers’ primary task is to keep Earth safe from threats. When the Eternals finally emerge from hiding, they can openly operate as the protector of humans, essentially taking over as Earth’s go-to superhero team. This makes the Avengers unnecessary since the Eternals, with their various powers, could be more effective in the same job primarily because the cosmic beings are more powerful.

There’s an argument that if the Eternals had revealed themselves from the beginning, the Avengers may have not even assembled at all. Instead of Nick Fury (Samuel L. Jackson) putting all his hope on the possibility that his individual recruits would work well together, he could’ve reached out to the Eternals when Loki’s (Tom Hiddleston) invasion became clear. Relying on them is debatably a far less risky move because keeping humanity safe has been their mandate ever since. They’re aware of their mission, and they are committed to accomplishing it regardless of the circumstances. On top of that, the Eternals have also been a team for thousands of years, so their camaraderie has been tried and tested which increases the chances of them defeating Loki, who is arguably the MCU’s most important hero in phase 4, or any other adversary. From there, Fury could’ve simply sat back and let the Eternals function as Earth’s defenders.

Inevitably, the Avengers and Eternals will cross paths in the MCU. When that happens, it’s curious what kind of dynamic the teams would have with each other. While the cosmic beings know Earth’s Mightiest Heroes, as revealed in the trailers for Zhao’s movie, the Avengers are clueless about the other’s existence. For what it’s worth, it’s currently uncertain who is the active Avengers on the heels of the Infinity Saga as each potential member is currently busy with their own adventures. So, in the meantime, it wouldn’t help for the Eternals to take over Earth-defending duties while they sort their roster out.