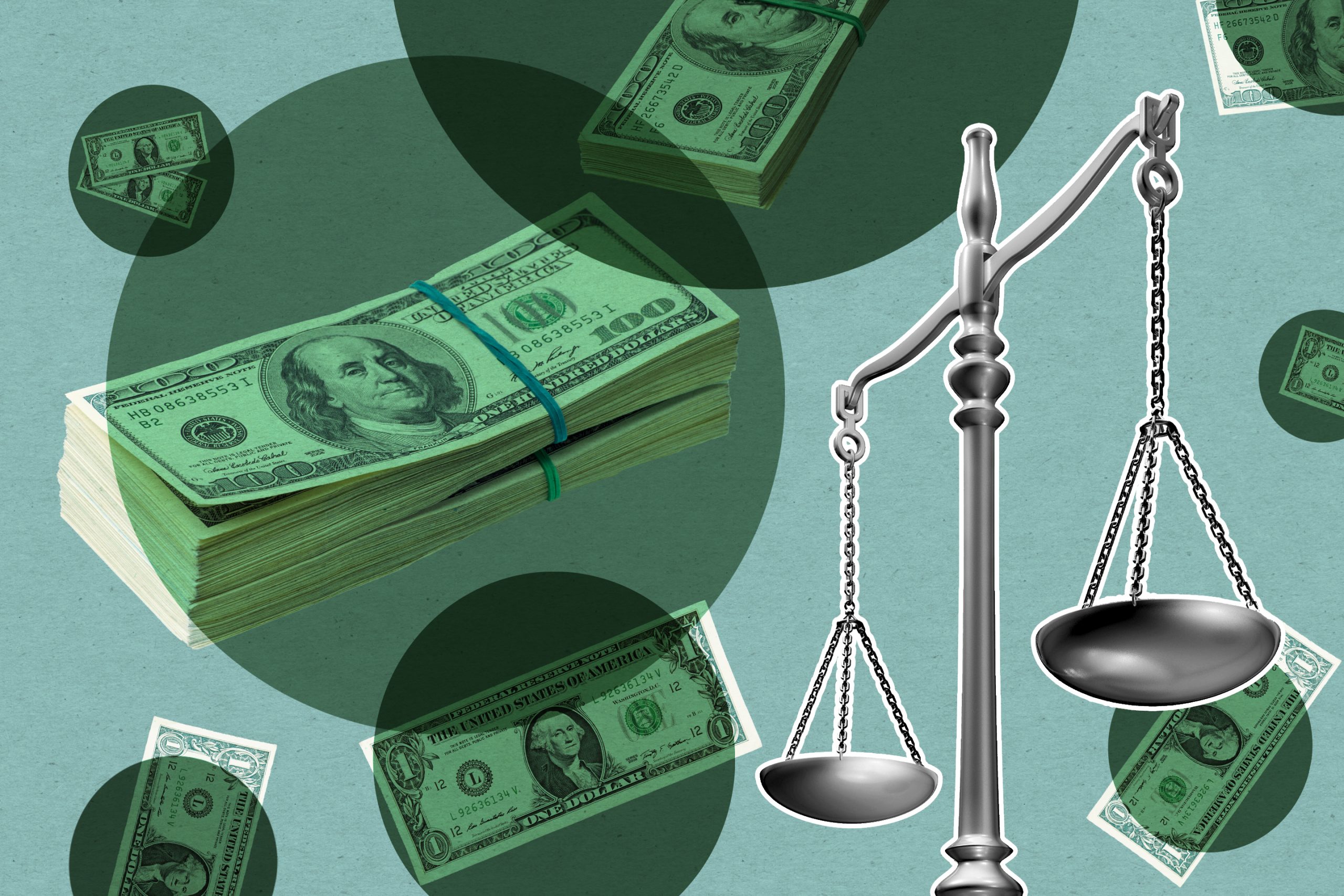 When looking for a job, it can take hours of interviews and days of preparation to get an answer to a very basic yet crucial question: How much does the gig pay?

Broach the salary question too soon, and an employer might view it negatively. Avoid the question or salary negotiations altogether, and you risk getting underpaid. It’s a delicate song and dance. But a new wave of laws, which are requiring private companies to fork over salary details, could end that rigamarole once and for all.

In most hiring scenarios today, the employer holds all the cards, says C. Nicole Mason, a gender- and racial-equity researcher and CEO of the Institute for Women’s Policy Research.

“Many employees are at a disadvantage, especially women, when they go in to negotiate because they may not have information regarding pay at the company,” Mason says.

Imagine instead if companies disclosed a tight salary range on the job listing so that you could know from the get-go if the interview process is worth your time and effort. Existing employees of the hiring company would also benefit from seeing publicly listed salaries and could use that information to equalize pay internally.

Public sector workers have long enjoyed such perks. Now, similar rules are heading for the private sector, thanks to a new batch of labor laws, often referred to as pay- or salary-transparency laws or anti-secrecy laws.

At least eight cities or states have recently enacted such laws, with more on the way. Even if they don’t come to your state or locality, you may stand to gain from their rippling effects.

Which states have pay transparency laws?

There’s a popular saying: “As California goes, so goes the nation,” and when it comes to salary transparency, the adage holds true. As of Jan. 1, 2018, California’s Equal Pay Act prohibits employers from requesting applicants’ salary history and requires that companies provide a salary range to applicants upon request.

Since California passed its law, the following locations have enacted similar pay-transparency requirements:

According to the National Law Review, similar legislation is also under consideration in New York and Massachusetts.

It’s worth noting that the federal Equal Pay Act, which bans pay discrimination on the basis of race, color, religion, sex, national origin, age or disability, has been in effect since 1963. Many states have also enacted their own versions of this law.

According to the latest pay equity report from the American Association of University Women, “in 2020, women were paid just 83 cents for every dollar paid to a man.” The racial pay gap is wider still. Last year, Black men earned about 75% of what white men did, and Black women earned less than 64%.

The gender pay gap actually shrank slightly in 2020 — but that’s not cause for celebration. The reason, experts say, is because a significant portion of women with low-wage jobs lost work during the pandemic, which skewed the statistics.

How pay transparency laws (are supposed to) work

Each law is set up slightly differently, but there are two common threads in particular. One, several states are banning the use of applicants’ salary history in determining what to pay them. And two, applicants and current employees are gaining the right to access a company’s salary ranges for a particular role or job opening.

In several states, the salary-disclosure process isn’t automatic, however. In California, Connecticut, Maryland, Rhode Island and Washington, applicants can only obtain salary information “upon request.” Nevada and Colorado are outliers. In both states, companies must provide that information automatically. In Nevada, it’s after an applicant has completed an interview. In Colorado, it’s even sooner. Companies hiring in the Centennial State must disclose a salary range as well as a brief description of the benefits package on the job listing.

Colorado’s pay transparency law, which has been in effect since January, is perhaps the most expansive and experimental of its kind. The transparency rules apply even to national companies who are hiring remotely. This stipulation initially caused national firms to exclude Colorado residents from their remote job openings earlier this year.

For example, a remote listing from Realogy, a publicly-traded real estate firm, read: “This position can be performed anywhere except Colorado.” Dozens of other companies, including Nike, Johnson and Johnson, and IBM, used similar language in their listings after the law took effect.

The trend drove Colorado-based software engineer Aaron Batilo to take matters into his own hands. With his website, Colorado Excluded, he named and shamed more than 160 companies that posted job openings expressly unavailable to Coloradans.

State officials acted, too. The situation prompted Scott Moss, the director of Colorado’s Labor Department, to send out a stern letter to remote employers that were snubbing Colorado residents. His letter lays out that Colorado’s salary-transparency rules apply to all remote job openings, so long as the hiring company, regardless of where they are headquartered, has at least one staff member in the state.

Colorado’s pay-equity law isn’t the only foray into salary transparency that’s had a rippling effect, either.

Joel Gascoigne is the CEO of Buffer, a tech startup he co-founded in 2010. Gascoigne currently lives in Boulder, Colorado, and earns a salary of $290,250. And he doesn’t care who knows it.

In 2013, long before the new wave of salary-transparency laws were around to pressure him, Gascoigne, with approval from his staff, started sharing salaries internally. He also developed a formula to standardize how salaries are set at Buffer. Once everyone got comfortable with it, he published a public spreadsheet containing first names, titles and salaries for the entire workforce later that year.

The move put Buffer on the map, generating a lot of media attention. Buffer’s policies have since earned it workplace awards from Inc., Entrepreneur and Quartz. To this day, Buffer is perhaps better known for its salary transparency (or maybe its four-day work week) than the social-media management tools and services it offers.

Hailley Griffis, who’s now the company’s head of public relations, says pay transparency is what initially drew her to the company. She didn’t land her first gig with Buffer until 2016, but she started applying to openings soon after she heard the company’s salaries were public.

“It was one of the larger motivations to work at the company, because I just personally have never felt very strong at negotiation,” she says.

For workers at Buffer, the transparency around salaries translated into more conversations about money in general, Griffis says. People at the company frequently swap personal finance advice with one another.

Buffer’s pay transparency policies also have an impact outside of the company. Anyone can view the titles, locations and salaries of Buffer’s workforce. And other companies and job seekers have begun to rely on Buffer’s open salary data, Griffis says. For employers, they can use Buffer’s salary formula to determine how to set fair pay, especially in a remote environment. For job hunters, having real-time data on job titles and salaries arms them with leverage when they’re at the negotiating table with other companies.

Pay transparency alone may not be enough

As a means to close gender and racial pay gaps, salary transparency laws alone aren’t very effective, Mason, with the Institute for Women’s Policy Research, says. But they are an important first step. After all, companies have to be able to see the problem before they can fix it. What it really boils down to: Are employers willing to put in the work to fix pay disparities once (or if) salary transparency laws illuminate them?

“We’re making the assumption that no company wants this kind of pay disparity, that it is unintentional,” Mason says. But pay disparity is a deep-seated issue, and not all employers will be enthusiastic about fixing it. Even for earnest companies in states with new rules, bucking the trend could prove difficult.

Take Buffer again, for example. It voluntarily enacted transparency measures that go far beyond what laws currently require. The company started analyzing and publishing pay gap data openly in 2017. By Buffer’s own account, its gender pay gap reached a high of 15% in 2019 — meaning women at Buffer earned just 85% of what men did. This year, the company reported it lowered that number to 5.5%. Buffer now has a more balanced ratio of men to women on the team, too. Griffis says the company didn’t know much about calculating equal pay when it first started the reports, and it took Buffer years to become more sophisticated with the data and to enact policies that truly shrank its pay gap.

Let Buffer be a case study: Transparency, whether ushered in by new laws or by socially minded CEOs acting alone, is a starting point, not a solution. For some employers, Mason says that pay transparency laws could usher in a “moment of reckoning.” Other employers may be “pleasantly surprised” to find that they don’t have much of a gap to close.

“I think if companies can see this as an opportunity rather than a punitive measure,” she says, “they can really help us all get to a better place.”

Every day we publish the latest news, stories, and content on the financial topics that matter. This is your daily guide to all things personal finance.