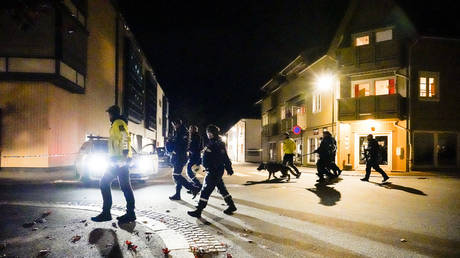 The bow and arrow incident in Norway’s Kongsberg appears to be an act of terrorism, the country’s security services have reported. The attack by a suspected Islamist claimed five lives and left two people injured.

Further investigation into the details of the attack and the motives behind it is still required, the Norwegian Police Security Service (PST) said in a statement. The domestic security service pledged its support to the police force in the investigation and said it still considered the terrorist threat in Norway to be “moderate”.

Norway bow-and-arrow attacker who killed 5 had converted to Islam; police had prior concerns over signs of radicalization

The PST is looking to prevent follow-up attacks by copycats or possible revenge violence, the statement said.