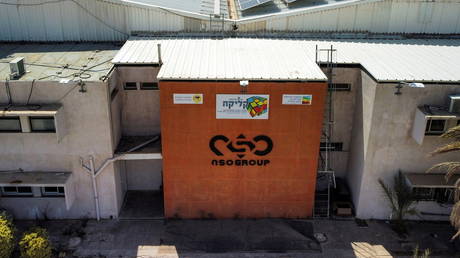 Phones of six members of Palestinian human rights organizations were hacked with the notorious spyware Pegasus, a new report said. The Israeli government designated the organizations as terrorists.

The designation was likely meant to give a post-factum justification for the use of the spyware, which the producer says is restricted to law enforcement operations against terrorism and crime, the Ireland-based NGO that identified the intrusions said.

The accusations against the Israeli government came on Monday from Front Line Defenders, a Dublin-based human rights group. It said a Palestinian group tuned to them on October 16, after suspecting that an activist’s phone may have been hacked. The Irish group confirmed his suspicion and swiped a total of 75 iPhones used by various pro-Palestinian activists for signs of similar attacks, discovering five additional phones had been compromised.

The earliest detected intrusion happened in July 2020. The most recent hacks happened in April 2021 and targeted three phones. The forensic analysis indicated that the phones were broken into with Pegasus, a military-grade spyware toolkit developed by the Israeli firm NSO.

Front Line Defenders’ conclusions were confirmed by Citizens Lab and Amnesty International’s Security Lab, both of which have extensive records of identifying and exposing alleged cases of Pegasus deployment.

Also in October, the Israeli government designated six Palestinian rights groups, to which the targeted activists belonged, as terrorist organizations. The controversial decision was taken by the civilian government, but reportedly not supported by the IDF, which means that the six NGOs remain legal in the military-administered West Bank.

According to Haaretz, the Israeli State Prosecutor’s Office has no intention of filing any indictment against members of the group, which casts additional doubt on the strength of the evidence against them that the Israeli government alleges to have. Irish Foreign Minister Simon Coveney said Israel failed to show European governments any credible proof to justify the terrorist label.

Sources in the Israeli government said the goal was to dismantle financial support of Palestinian terrorism by cutting European funding of the six NGOs. Front Line Defenders believes that the real motive for the decision was to justify the use of Pegasus against Palestinian rights activists.

“The Israeli designation of these organizations as ‘terrorists’ after Pegasus was detected, but just days before this investigation is reported, appears to be a clear effort to cover its actions and disconnected from any evidence that would discredit these organizations,” the report said.

The Irish group called for continued funding of Palestinian groups and said European nations should join the US in blacklisting NSO. Last week, Washington banned the developer of Pegasus along with three other software firms from trading with US companies without a special license.

The Biden administration cited evidence that NSO supplied its software to “foreign governments that used these tools to maliciously target government officials, journalists, businesspeople, artists, activists, academics, and embassy workers.” The accusations of widespread shady use of Pegasus were reinforced earlier this year by multiple media outlets, which investigated how NSO’s flagship product was used. The firm denied any wrongdoing, stating that it has strong safeguards in place to prevent misuse of its spyware.