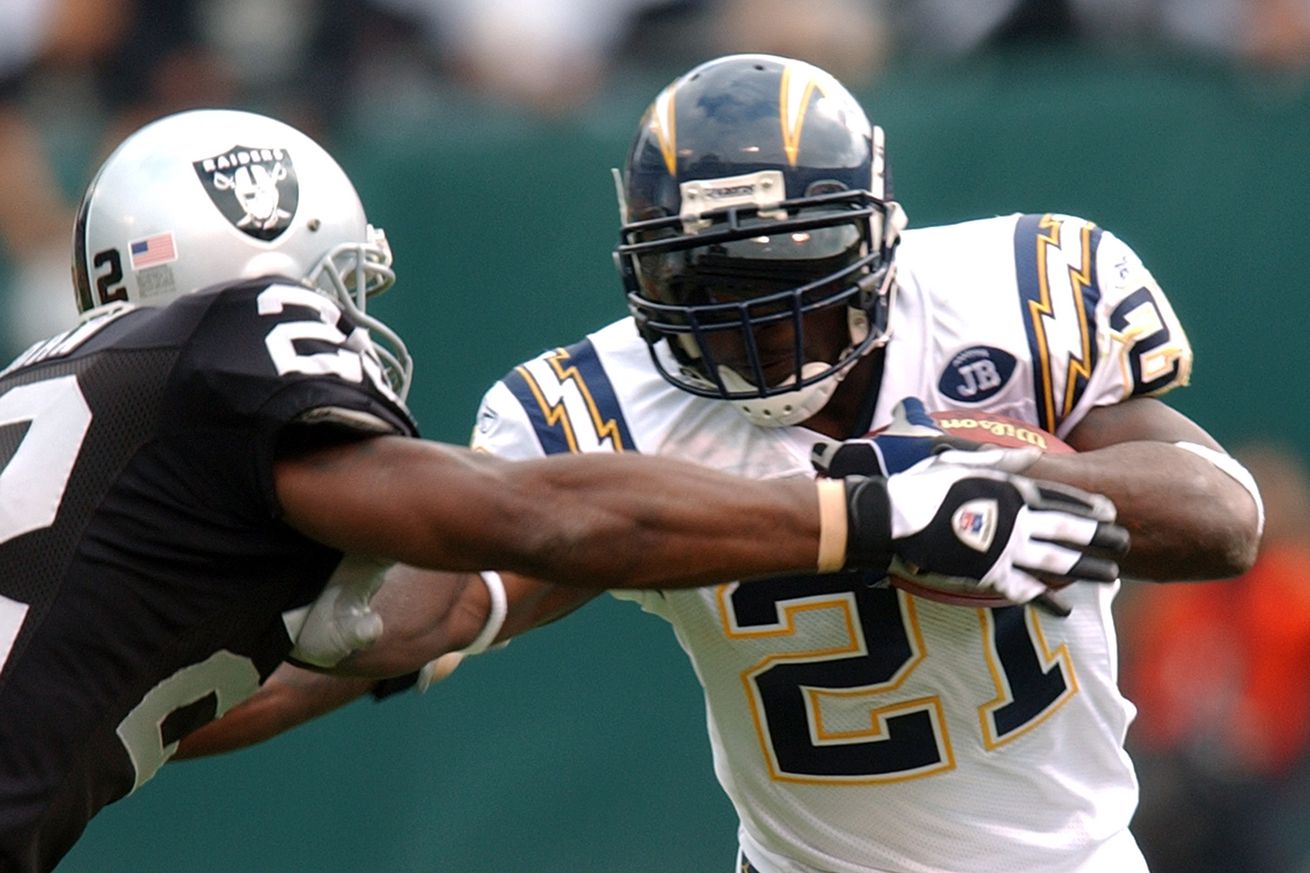 Photo by Focus on Sport/Getty Images

It’s been a long, long time since we’ve seen this.

It’s been a really, really long time since both the Chargers and Raiders were contending for the top of the AFC. Ah, the halcyon days where San Diego and Oakland had teams — it feels like only yesterday.

All jokes aside, whoever wins Monday Night Football will be on top of the division. It’s early, I know, but any time we get to celebrate a damn-near 20 year happening in the NFL, we’re going to take it.

After Week 4 in 2002 both the Raiders and Chargers were undefeated. Oakland was coming off back-to-back wins scoring 50 points in each contest. Rich Gannon and the astonishing Raiders offense looked unbeatable following a bizarre offseason that saw the team traded head coach Jon Gruden to Tampa Bay for a host of first round picks and compensation. At the time, Oakland looked like the smartest team in the NFL, riding with a potent West Coast offense and having loads of assets for the future. It almost felt like something big was brewing.

Of course, we know how the story ended for the Raiders. They went all the way to the Super Bowl where they’d meet, and lose to Gruden. From there both teams would slowly decline to middling success. Now Jon Gruden is the coach of the Raiders again, and the Buccaneers have won another Super Bowl — because the world of football is a weird place.

Speaking of weird, let’s talk about the San Diego Chargers circa 2002. Remember, this was before the mammoth quarterback shift that came a year later around the league. Nobody knew if Tom Brady was going to be a long-term answer, and the Chargers had one of the greatest quarterbacks of all time — but didn’t even know it.

Entering his second season in the NFL, there still wasn’t a ton of hope around Drew Brees. The 2002 Chargers largely won in spite of Brees, not because of him. Coached by Marty Schottenheimer, San Diego was predominantly a defensive team with one of the best running backs in the NFL: LaDainian Tomlinson. Selected in the first round of the 2001 NFL Draft, Tomlinson had established himself as the best young back in the league, posting back-to-back 1,000 yard rushing seasons and truly showing himself to be an all-purpose player, catching over 50 passes a year.

So, as we entered Week 7 of the 2002 season with the Raiders at 4-1 and the Chargers at 5-1, everyone knew it was going to be a treat. Watch the entire game here.

A slow first quarter led to San Diego striking first with Reche Caldwell catching a short pass from Brees, before extending its lead with Tomlinson. The Raiders didn’t waste time answering back, with Jerry Rice catching a touchdown to push the lead to a single score. Slugging back-and-forth until the final whistle, overtime was needed to finally decide a winner — with Tomlinson scoring on a 19-yard run to win the game, 27-21.

When the dust settled the Chargers seem destined to take over the division, and the game was really a battle of two incredible stat lines:

It was devastating for San Diego from this moment on. The Chargers went into the bye week on top of the world, then proceeded to lose seven of their last nine games and miss the playoffs.

Oakland would go on to make the Super Bowl, as we know.

The Chargers never put themselves back together. A year later Brees struggled, the team was the worst in the NFL — then selected Eli Manning who refused to play for them, so they ended up having to trade him to New York for Philip Rivers.

Brees suddenly had a fire lit under him when the rookie arrived, and started playing the best football of his young career, prompting the Saints, to trade for the 26-year-old in the hopes he could lead them. We know how that one went.

So while Monday Night Football might seem fairly insignificant, that meeting between the Raiders and Chargers fighting for who’d control the 2002 AFC West had ramifications that would send shockwaves through the league for years to come. The stakes in 2021 are decidedly less, but it’s still fun to remember the last time there was so much on the line for these teams.