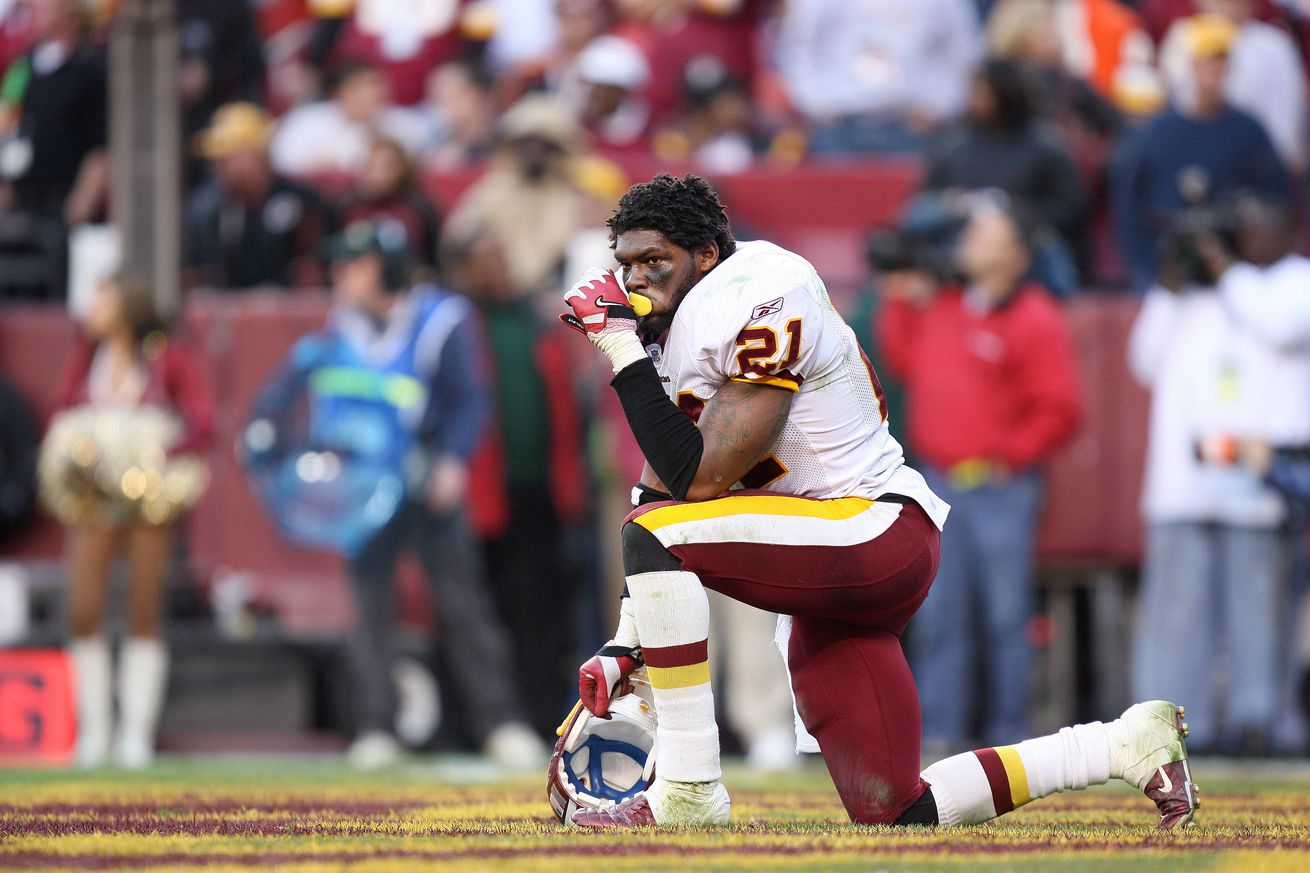 This is so gross.

Now his life and memory is being used by the Washington Football Team to deflect from emerging details of their NFL investigation, which started in 2020 after allegations of sexual harassment from former employees.

There will never be another 21

On Sunday, we will officially retire Sean Taylor’s number

The attached blog post written by “Washington Football Team Public Relations” says it all. This is nothing more than a hastily thrown together event on four day notice to try and deflect heat away from former team president Bruce Allen, the willing recipient of Jon Gruden’s hate-filled emails, while sending the coach topless photos of the team’s cheerleaders.

Sunday had already been earmarked to be “Alumni Homecoming,” which would bring former players back to FedEx field for a celebration, but there was zero indication the team planned to retire Taylor’s number prior to Thursday, four days before the game.

Shoehorning this memorial into the event only serves to push Taylor into the national conversation, and is tantamount to saying “see, we’re not racist” during a week where the team is under so much scrutiny. Nobody outside of fans of the team would have cared about an “Alumni Homecoming,” but everyone cares about Sean Taylor.

Make no mistake: Taylor’s life deserves being honored. His jersey is worthy of being retired. Doing it in this way is gross. It didn’t happen in 2017, 10 years after Taylor’s death. It could have happened next year on the 15th anniversary. Instead it’s being rolled out with scant notice — and worst we’re now forced to look at this memorial as a gross cover for PR issues, rather than remember Taylor on his own terms.