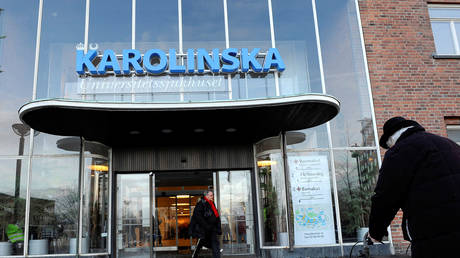 As many as 13 children have suffered side effects from hormone therapy while receiving treatment for gender dysmorphia in Sweden, according to national broadcaster SVT.

In a report published on Wednesday, Swedish broadcaster SVT revealed that doctors at Karolinska University Hospital in Stockholm stopped new hormone treatments for children suffering from gender dysmorphia in May amid concerns of “potential side effects.”

The hospital noted in new guidelines that the treatments are controversial and that there is a lack of scientific support for it. Data concerning the extent of the side effects and the number of children impacted was not made public.

After an internal review by the hospital, SVT conducted its own investigation. They say that a total of 13 children have been in some way injured by the treatments they received at the hospital. One child, Leo, had started a treatment of hormone blockers at the age of just 11. Almost five years later, Leo has been diagnosed with osteoporosis and doctors have recorded changes within his vertebrae. His growth has also been severely stunted.

“Injuries that have been caused by treatment with us, we obviously have a responsibility for,” Svante Norgren, head of Astrid Lindgren’s children’s hospital at Karolinska University Hospital told the national broadcaster.

Other injuries incurred as a result of the treatment include suspected liver damage and a severe deterioration of mental wellness. One child was also diagnosed with reduced bone density after two years of receiving the hormone blockers.

The hospital said it was unaware that 13 children had been injured by their treatment. “We are two different units. The children’s hospital handles the pediatric part – the investigation and psychiatric follow-up is on the KID team [Gender Identity Investigations of Children and Adolescents],” Norgren stated.