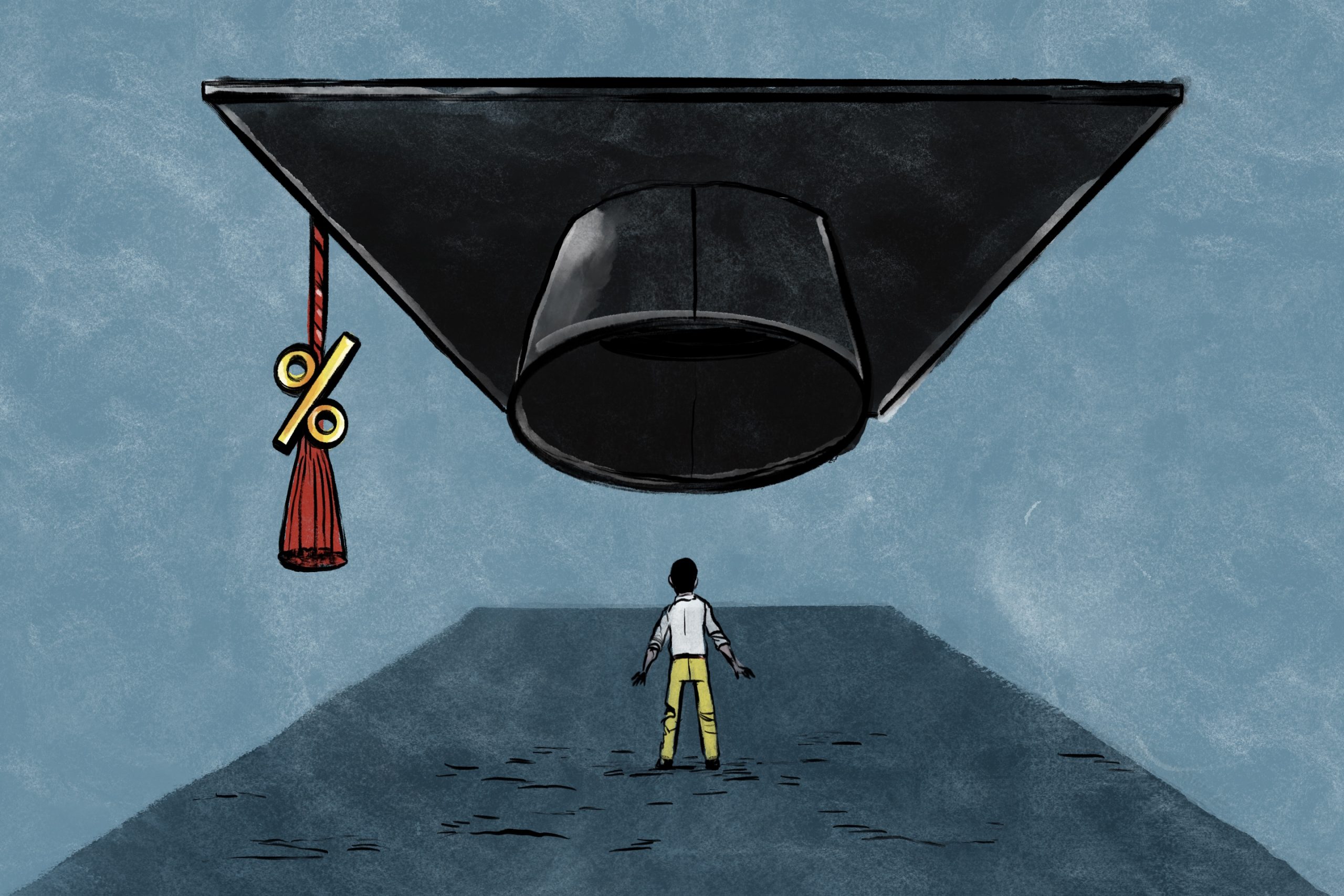 To refinance now or to refinance later? That is the question — for many federal student loan borrowers strategizing over how to save the most money.

Nearly 43 million federal student loan borrowers have enjoyed a break from their payments, as well as 0% interest on their existing balances, for more than a year and a half now. For borrowers with comfortable salaries who’ve been able to continue making payments during this pandemic-era forbearance, the past 20 months has been a unique opportunity to make headway paying down principal.

However, with payments and interest set to return after Jan. 31, 2022, a crop of high-earning, high-debt borrowers now has to decide whether to ride out the pandemic relief until the very end, or act before historically low rates for refinancing inevitably start rising.

The answer? It depends, of course. But most borrowers are probably safe to wait to refinance until early next year.

“Borrowers look at the news and see inflation is high, but they’re confused that interest rates are somehow still low and they think that must need to change soon,” he said.

Jordan Frey, a 34-year old plastic surgeon in Buffalo, New York, is one of those borrowers. He finished his medical residency in July 2020 with about $500,000 in college debt and has been paying down his loans as aggressively as possible during the pandemic-era interest freeze. About a third of that debt was from private lenders, which he already refinanced into a loan with a 2.75% interest rate, down from 7%. Now, he’s considering the same for his federal debt, which carries an interest rate of 6.80%. His only reservation is that the current federal relief could be extended again (it has been four times already) and he’d lose out on those interest savings.

But also he worries the time to refinance may be now or never.

“I know I can get super good rates,” he says, adding that he’s been quoted 2%-3% by most lenders. “A lot of people are going to be looking and there’s the potential that rates could go higher, so I’m figuring out what to do.”

The truth is that certain borrowers could benefit from refinancing now, even while their federal payments are still on hold. But the decision requires some careful consideration and planning.

First off, refinancing is generally not a good idea for many people with federal student loans, even when interest rates on those loans return to their normal range, usually between about 4% to 8%. The process of refinancing involves taking out a new loan and using the funds to pay off the existing loan. Ideally, the new loan comes with better terms, such as a lower interest rate, or the ability to lower monthly payments.

However, refinancing is only available through private lenders, meaning borrowers with federal loans would be forced to give up government-backed protections and benefits such as income-driven repayment plans, forgiveness programs and deferment or forbearance options. If, for example, you had refinanced before March 2020, you would not have been eligible for the current payment pause and 0% interest rate offered to federal borrowers.

Private lenders do offer some protections, but they aren’t guaranteed or standardized. That means if a borrower refinances their federal student loans with a private lender and later experiences financial hardship, they will likely be stuck with the payments and could end up defaulting.

Who Should Refinance Now?

Borrowers like Frey, though, make ideal candidates for refinancing, even with federal debt. His earnings and credit score have improved since he first took out his loans, allowing him to qualify for the lowest rates possible. Combined with an aggressive repayment strategy, that could help him knock out his massive balance much faster. And with a job in a medical field that promises a lucrative career, the chances that he won’t be able to afford payments in the future are slim.

The characteristics necessary for refinancing to be a smart idea — a high salary, secure work, and a large debt load — make the process very common among doctors, dentists, lawyers and those with an MBA who don’t qualify or wouldn’t benefit much from forgiveness programs.

Most of those borrowers have some time before they have to act, because today’s low rates are likely to stick around through early next year. Hornsby advises that borrowers who want to refinance get ready to apply in early January, because refinancing offers are good for 30 days, so you can secure a good rate while enjoying the full federal forbearance period.

But certain borrowers may want to lock in a new loan even sooner. Those who can qualify for a 20-year term and a fixed interest rate in the low-3% range or less might want to consider taking action before the federal pause on payments expires.

“If rates increase even by a quarter percent, that could cost more over a couple of decades than one extra month of 0% interest,” Hornsby says. “Of course, every borrower has to take into account their unique goals.”

How to Choose the Right Refinancing Lender

Once you’ve decided whether to refinance, you’ll still have some important decisions to make, including where to refinance. Andrew Pentis, a certified student loan counselor with Student Loan Hero, says that when shopping around for offers, you can prioritize lenders that offer some measure of repayment protection in case you struggle to make payments down the line.

You should also ask about lender-specific perks.

“If you’re being quoted similar rates from various lenders, ask each of them how they stand out,” he says For example, some private lenders offer rewards programs, career coaching and other financial planning services. “Ask yourself which additional perks are the most attractive to you, and consider them a way to break a tie between multiple lenders that are competing for your business.”

Finally, Pentis recommends using this time to test out a lender’s customer service before taking the plunge.

“If you’ve been scarred by federal loan servicing or are just skeptical of servicers in general, prod the customer rep teams of refinancing companies that you’re considering,” he says. Be sure to ask all of your questions, and inquire about worst-case repayment scenarios. If you find that they’re unhelpful as a refinancing applicant, they’re likely to be even less engaged once you’re a customer.

“Holding their feet to the fire now is a good way to ensure you don’t end up with a shady lender later.”

With Interest Rates Near All-Time Lows, Here’s What to Know About Refinancing Your Student Loans