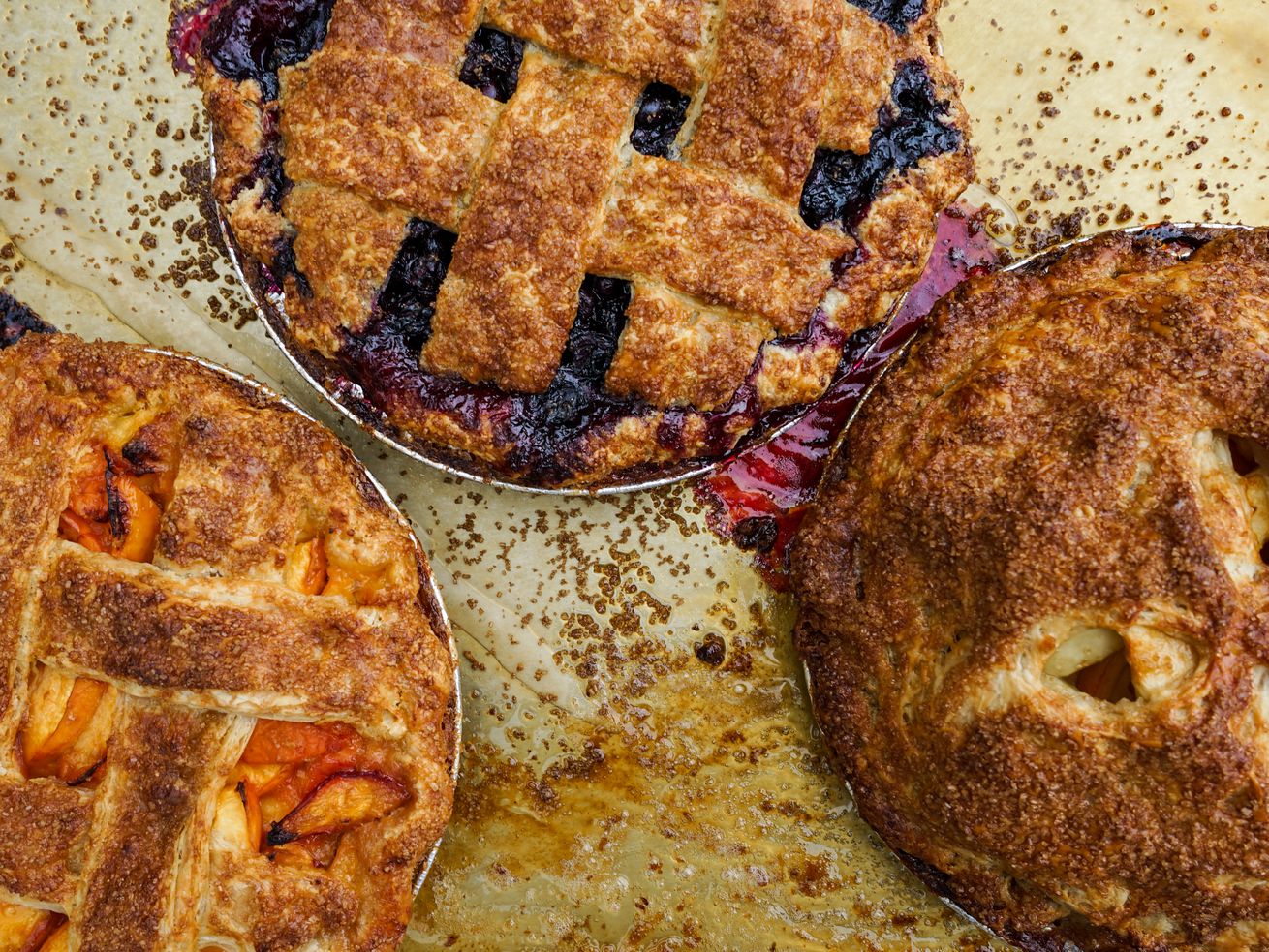 Whether you’re planning for Thanksgiving or just in the mood for a slice, these local bakeries have your pie cravings covered

It’s October, which means pie season cometh. Wherever you stand on the pie versus cake debate, there is nothing quite like a slice of pie with a flaky, buttery crust, no matter the occasion. Pumpkin, apple, chess, savory, and more — pie varieties abound in and around Philly — and while it may feel like it was just summer, preorders for Thanksgiving pies will start sooner than you think, so take this chance to plan ahead.

Pie Bird Farm is an hour from Philly, but as the saying goes: Have pie fork, will travel. (Plus, Pie Bird has occasional pop-ups for pickups at Riverwards Produce in Fishtown and the Doylestown Farmers Market, about half an hour away.) The 161-year-old farm was renovated by husband-and-wife team Jennifer Brodsky and Eric Theesefeld, and in due time, their pandemic pie-making hobby became the focus. All-butter crusts in varieties like double apple, purple sweet potato, maple and brown butter, and a special Thanksgiving themed stuffing pie are on offer, though all Thanksgiving pies must be picked up on-site, so make it a seasonal day trip. Preorders can be placed here.

Despite the name, the bakers at Frosted Fox Cake Shop are experts in more than just beautifully decorated cakes for all occasions. On most Fridays and Saturdays, the Frosted Fox offers a variety of seasonal pies for pickup or preorder (they go fast, though, so call ahead). For Thanksgiving, preorders will be available online and by phone in the next few weeks, with five delicious varieties to enjoy the season with: pumpkin, sweet potato, pecan, apple, and pear ginger. Be on the lookout for preorders soon.

This relative newcomer to Queen Village (it used to be the Hungry Pigeon) has pastries that any sweet tooth would die for: monkey bread, morning buns, and croissants are outstanding beyond compare. If you’re aiming to go larger format, though, the all-day cafe and restaurant has pies — like sour cherry and peach — for preorder online and by phone, with Thanksgiving varieties going live on November 3. Check the site for updates.

No matter how you slice it, a pie is still a pie, and at Stargazy in East Passyunk, the specialty is savory pies, both of the hand and large-format variety. The British pie shop has an impressive list of savory pies for preorder, from chicken and mushroom to steak and kidney, and they come in several different sizes, from hand to party size. Even better, each pie can be ordered par-baked so you can fib to your family and say you whipped that buttery beef and onion pie up all by yourself. After all, you’ve been watching a lot of Great British Bake-Off.

New June Bakery’s Noelle Blizzard — the brainchild behind and owner of the cottage bakery in Fairmount — is a masterful baker, excelling in everything from crispy, thin matcha and cocoa cookies to elegant layer cakes and spiced morning buns. Her October pie variety is a pear apple crumble with salted caramel drizzle, but save room for Thanksgiving: Starting in November, she’ll be offering local pickup for five Thanksgiving pies. Spice-kissed pumpkin pie with wheat crust; dark chocolate coconut pecan pie; cranberry apple crumb pie; blood orange curd tart with lime, amaro, and a triple ginger cookie crust; and cranberry curd with gluten-free hazelnut crust will all be on offer, so check her site for preorders.

While most people know this Reading Terminal bakery as a doughnut spot, Beiler’s also offers a good selection of seasonal and year-round pies, from lemon meringue to pecan. Stop by the market to check out the selection, or order on Grubhub.

The bakers at Crust Vegan Bakery say that pie season is all year round, and with the tasty vegan pies they make, it’s no surprise. Luckily, those who are devoted to Thanksgiving as the holiday for pie, preorders for four kinds of pie — pumpkin, apple, pecan, and sweet potato — are open now, with two gluten-free options. Even better, Crust will donate five percent of pie preorder sales to Seeding Sovereignty, an Indigenous-led community collective working to dismantle colonial institutions.

20 Bakeries for the Most Delicious Pastries, Cakes, and Baked Goods in Philly
Where to Get a Loaf of Bread in Philly That You’ll Never Forget