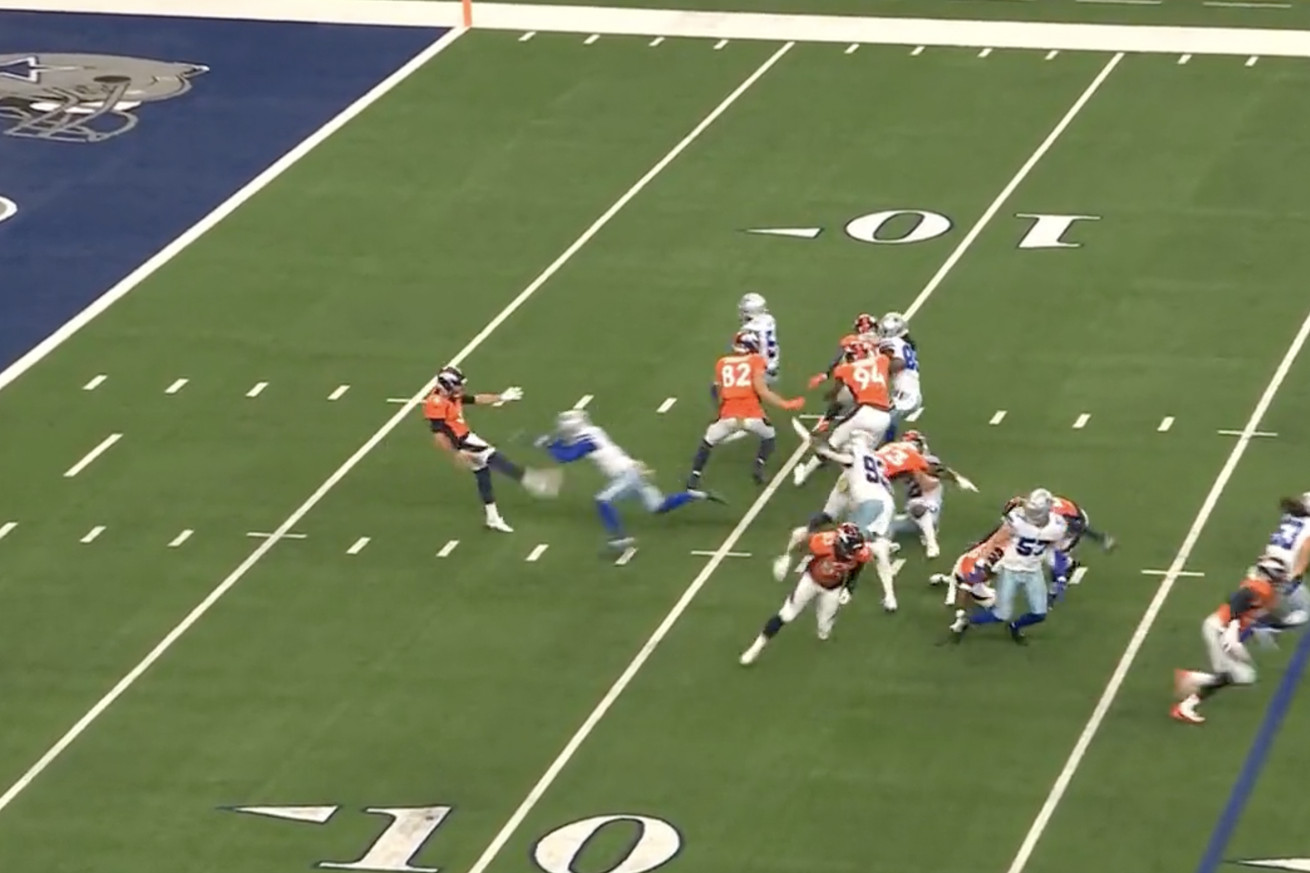 The Cowboys gave up a first down on a blocked punt, because absolutely everything was going wrong.

The Dallas Cowboys were sitting at the top of the lowly NFC East at 6-1 when the Denver Broncos came to town on Sunday. The Broncos were at .500 on the season and just traded one of the most iconic players in franchise history since the last time they took the field. With Dak Prescott back in the lineup for Dallas, the Cowboys were installed as a double-digit favorite.

If the Cowboys were expecting an easy win, they got a rude awakening. The Broncos held Dallas scoreless for the first three quarters on their way to a 30-16 win. Denver out-gained the Cowboys by more than 100 yards, won the turnover battle 2-0, and were never in jeopardy of losing the game.

How poorly were things going for the Cowboys? They even gave up a first down on a blocked punt.

As Denver punted in the third quarter, Dallas blocked the kick. The ball trickled up the field, where it was touched by Cowboys cornerback Nahshon Wright and then recovered by the Broncos. Denver didn’t get past the first down marker on the recovery, but they still got a fresh set of downs out of it. The ruling perplexed fans around the NFL.

Thoughts on this play? Feels like Broncos got a free first down after a blocked punt!https://t.co/DEJx8C1Dwc

Essentially, this is like a muffed punt. Once a player on the receiving team touches the ball past the line of scrimmage, the kicking team can recover the ball for a first down.

Denver would go on a 10-play, 72-yard drive to score a field goal and extend their lead to 19-0 after recovering the kick. This looked really strong on the game log, where it showed as a Broncos punt followed by a Broncos drive.

Basically everything that could go wrong for the Cowboys did go wrong.

The good news for Dallas? No one else in the NFC East is better than 3-6. The Cowboys will hope this was just a weird game and try to forget it quickly.