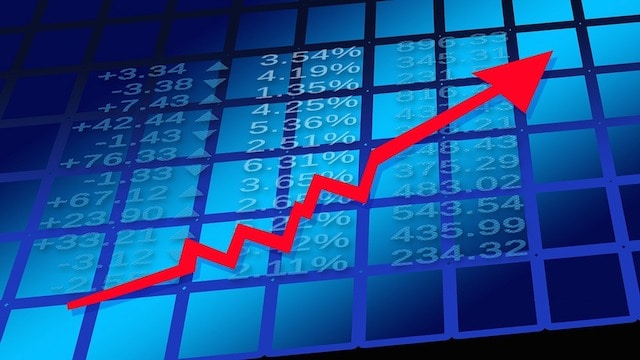 Seven companies have made it to the $1trn market cap landmark. They are Alphabet, Amazon, Apple, Meta (Facebook), Microsoft, Saudi Aramco, and most recently, Tesla.

Nvidia (NASDAQ:NVDA) is the eighth-largest company by market capitalisation, behind these seven giants. Worth a little over $740bn, the semiconductor innovator is still someway off this milestone. However, the Nvidia share price appears to be a long-term rocket ship, increasing nearly 13-fold in five years. It has significantly outperformed the S&P 500 in that period. What’s driving this growth and is it still a buy for my portfolio?

Much more than PC gaming

While that’s impressive, the Nvidia share price is soaring because its GPUs provide solutions for so much, including artificial intelligence, robotics, self-driving vehicles, the cloud, data centres, and high-performance computing. Some of the most exciting and lucrative products of the future utilise Nvidia’s chips.

But none of these technologies are the reason for last week’s 15% surge in the Nvidia share price.

Mark Zuckerberg views the Metaverse as the future of work, play, and everything in between. So much so that he rebranded his company, Facebook, as Meta. Likewise, Nvidia CEO Jensen Huang sees huge potential in this virtual world that he is calling the Omniverse. Huang will reveal more details next week at Nvidia’s virtual GPU Technology conference. In anticipation of this event, Wells Fargo raised its Nvidia share price target to $320, triggering last week’s 15% jump. Excitement and optimism in Nvidia’s technologies is nothing new but the Metaverse/Omniverse is creating a lot of buzz. It’s certainly intriguing me.

The final piece of the puzzle?

In September 2020, Nvidia agreed to acquire Arm for $40bn from Softbank. The acquisition has many hurdles including an EU formal competition probe. Arm licences its semiconductor technologies to create microchips for smartphones, tablets, televisions, cars, smart homes, smart cities, drones, and more. Customers include Nvidia competitors such as Apple, Samsung, and Qualcomm and regulators have anti-trust concerns. These include Nvidia limiting competitors’ access to key technologies, stifling innovation, and increasing prices for customers. If the deal goes through, it would make Nvidia the undisputed premier computing company for the age of artificial intelligence. It could even launch the company into the $1trn club. Whether or not the acquisition goes through, I suspect any announcements will lead to volatility in the Nvidia share price. A correction is possible if the deal falters. But I think Nvidia has the innovation and solutions for future growth even without Arm.

But is Nvidia still good value?

There’s a lot going right for Nvidia but I can’t deny that the stock looks expensive. It has a price-to-earnings (P/E) ratio of 106, nearly four times the S&P 500 average. The company has a history of exceptional revenue growth but there is pressure to keep this up. The share price will be susceptible to a pull-back if future earnings reports disappoint. As a Foolish investor with a long-term horizon, I remain excited and believe the price is justifiable. I’d happily buy and hold Nvidia even at this lofty valuation.

The post The Nvidia share price soared 125% this year. Will it be the next $1trn stock? appeared first on The Motley Fool UK.

But since our US analyst team first recommended shares in this unique tech stock back in 2016, the value has soared.

What’s more, we firmly believe there’s still plenty of upside in its future. In fact, even throughout the current coronavirus crisis, its performance has been beating Wall St expectations.

And right now, we’re giving you a chance to discover exactly what has got our analysts all fired up about this niche industry phenomenon, in our FREE special report, A Top US Share From The Motley Fool.

Click here to claim your copy now — and we’ll tell you the name of this Top US Share… free of charge!