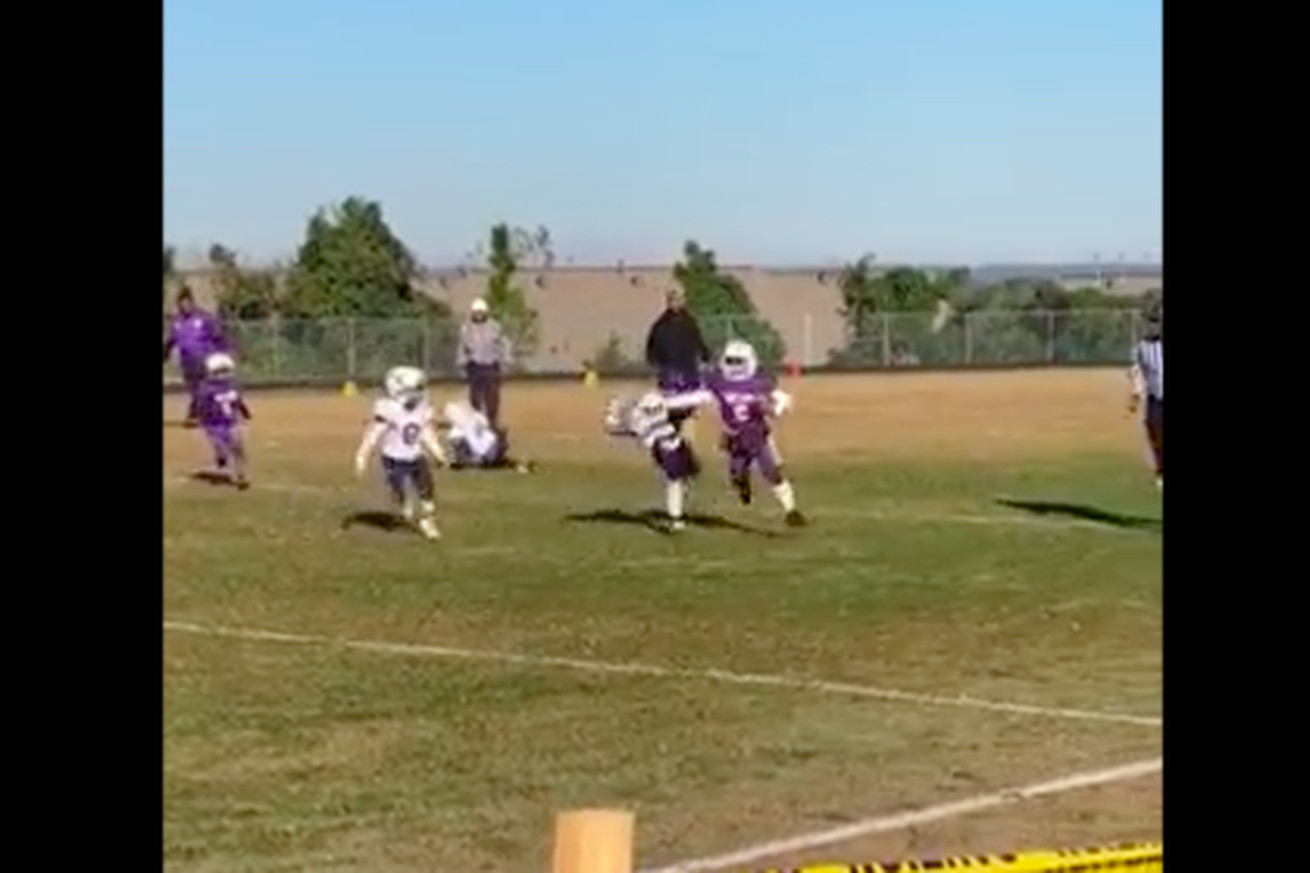 As a general rule I make it a point not to be scared of six-year-old children, because it’s bad for my self-esteem, and probably an unwarranted fear. I’ll make an exception for this running back.

No way this kid is 6yrs old, this should be illegal pic.twitter.com/jPRy9upoKZ

At some point you gotta just throw in the towel mid game and call it. When you have a back like this bodying your entire team into next week there’s absolutely nothing you can do. On this one play along the kid takes out five different kids with stiff arms that caused them to catch air, then sauntered into the end zone like it was no big deal.

I assume the siren we hear is how the signal time expiring in this Pop Warner game, but I wouldn’t be surprised if this was a nearby ambulance operating autonomously, seeing this play from afar and knowing their assistance would be needed.

According to the team’s coach this kid’s nickname is “BIG MAN,” which I mean, totally fits. Can’t wait to see him be taken with the No. 1 overall pick in the 2037 NFL Draft.