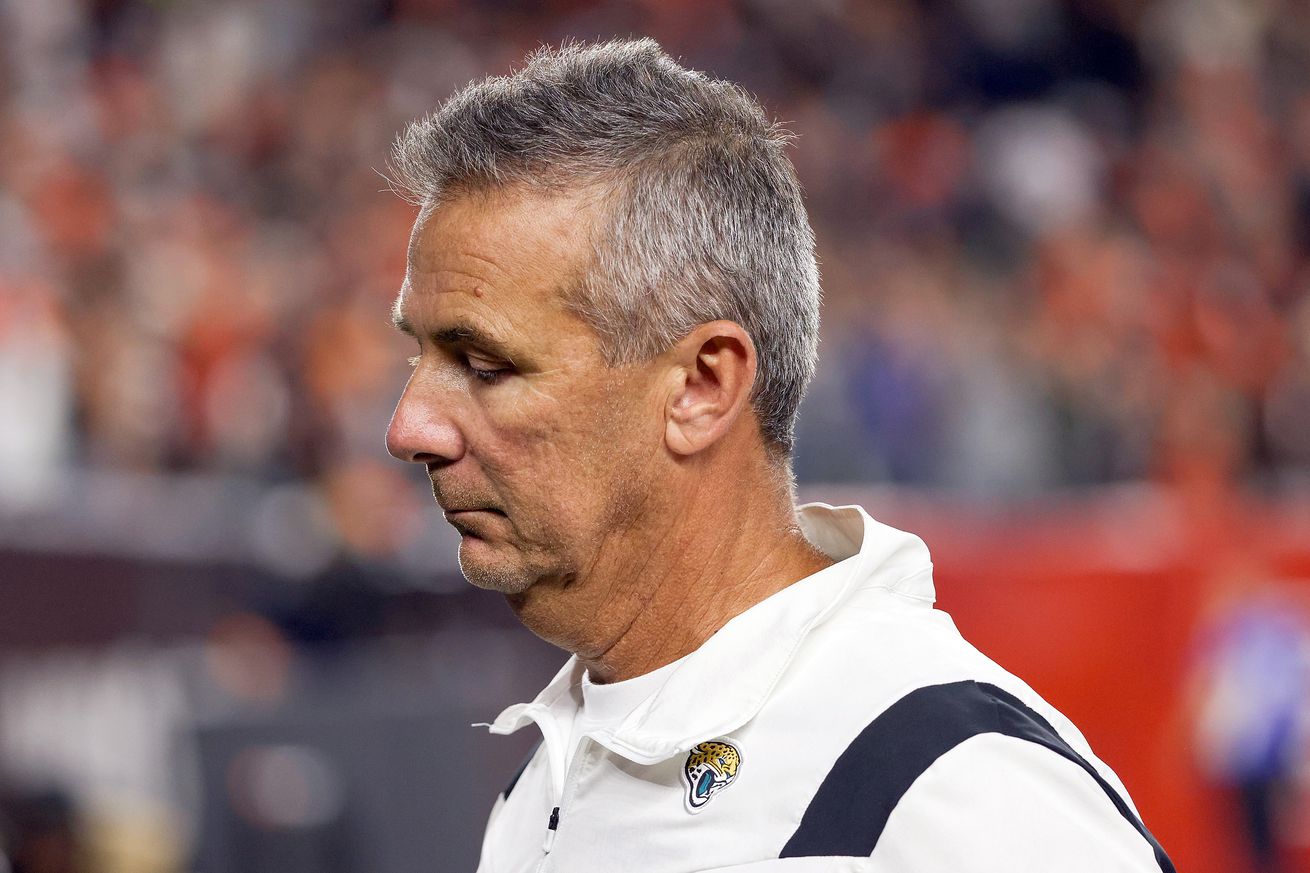 This experiment is worse than we thought.

The Jaguars were bullish on Urban Meyer from the start. Their belief was that the man who led Ohio State to an 83-9 record would be the perfect candidate to come in and mold a young roster into a winning NFL franchise. Now, just our games into the NFL season, Meyer has become the team’s biggest distraction.

His latest gaffe came after video went viral this weekend showing Meyer at an Ohio bar, with a young woman dancing on him while his hands appeared to be between her legs. It became a joke of the weekend, and then on Monday the coach apologized for being a distraction.

Here’s #Jaguars HC Urban Meyer apologizing for what happened over the weekend. Meyer didn’t travel back with the team after the game and stayed in Ohio. Full explanation:pic.twitter.com/X8plCNWbiQ

It would be bad enough in isolation, but this is really just part of a pattern of behavior since arriving in Jacksonville that highlights Urban’s worst traits. A coach known for bouncing from place to place, Meyer’s loyalty extends to Urban Meyer — and when the going gets tough, Urban gets going. This is compounded by being in the NFL, where the brutal nature of pro football leaves no margin for error. Meyer said that coaching in the NFL feels like playing Alabama every week, and that pressure seems to be grating on him. Here’s a coach who only lost 32 games over his 17 years college career, now he’s dropped four in a row and looks like a kid who got socks for Christmas when the final whistle sounds.

It’s for this reason that after the Jaguars’ 0-2 start and the USC job available so many felt he would once again leave a program in tatters to secure his future. Sure, this could have just been wild prognostication, but considering his post-loss pouting it sure felt like there could be a grain of truth to it all. It was another distraction, another conversation to be had in press conferences, and more denials from Urban.

Urban Meyer does not deserve the benefit of the doubt. He hasn’t earned it — but let’s try to give it to him anyway. Let’s suppose his behavior over the weekend was a drunken bad decision , and the rumors of his interest in USC were all false. Then how do we justify the reports of him creating a toxic culture in the locker room after one game, and fostering an environment where people weren’t comfortable around him?

What about signing Tim Tebow for no apparent reason? When the team needed a tight end and there were literally dozens of capable NFL players on the open market, Meyer instead gave Tebow a job and tried to convert him to the position. Sure, it sold a hell of a lot of Tebow jerseys for the Jaguars, but the move came off as a bizarre challenge to Trevor Lawrence before the season ever began, and ended abruptly when it became clear Tebow couldn’t play tight end.

Just so we’re keeping score, we now have a coach who was hired in January and has since created or started four different distractions for his team. Three of them coming in the last month. The payoff? An 0-4 start with a team boasting the 25th ranked offense in the league and the 27th ranked defense. Sure, Rome wasn’t built in a day, but the ruins weren’t tore down in a year either. As it stands Meyer is the worst coach in the NFL, and it’s not even close — and with each passing day at the helm of the Jaguars it just opens up more opportunities for him to damage them more.