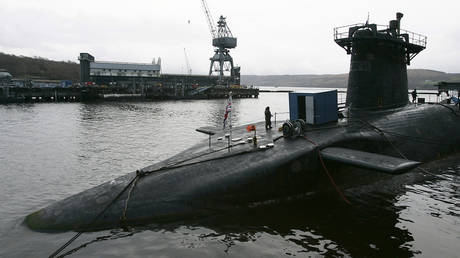 Washington, London, and Canberra have signed an agreement on the sharing of sensitive, classified submarine data as part of the AUKUS pact to arm Australia with nuclear-powered subs, reached by the sides in September.

The newly-signed deal will allow the US and the UK to share nuclear propulsion information with Australia “which they cannot with any other country,” Australian Defense Minister Peter Dutton announced on Monday.

This exchange will help determine the “optimal pathway” for Canberra to acquire nuclear-powered submarines under the AUKUS pact, he said. Australia is currently in an 18-month period to examine the requirements for the delivery of the state-of-the-art hardware.

The deal will also allow Australian servicemen to receive training from their American and British counterparts on properly building and operating nuclear-powered submarines.

“This agreement will assist Australia to develop the necessary skills and knowledge to create a world-class regulatory and safety regime required for the safe operation of naval nuclear propulsion,” Dutton said.

The Exchange of Naval Nuclear Propulsion Information Agreement now has to be reviewed by a committee in the Australian Parliament.

The AUKUS pact, aimed at arming the Royal Australian Navy with nuclear-powered, yet conventionally armed, submarines, was unexpectedly announced by the leaders of the US, UK, and Australia on September 15.

As a result, Australia unilaterally canceled its $90 billion diesel-electric submarine contract with France, which in turn said it was stabbed in the back, and which recalled its ambassadors from Washington and Canberra. Both ambassadors have since returned to their embassies.

China was also angered by the AUKUS deal, saying Australia’s deal to receive nuclear-powered submarines will undermine security in the Indo-Pacific region.