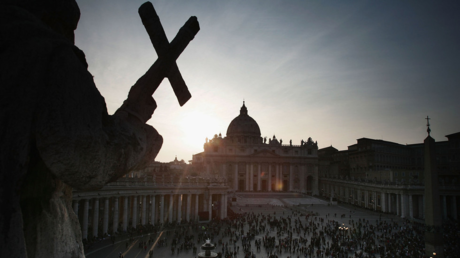 Vatican Deputy Prosecutor Alessandro Diddi has announced that, after objections from the defense, his office is willing to effectively restart a case against 10 people, including an ex-cardinal, over alleged financial crimes.

In the announcement on Tuesday, made at the start of the first court session since the trial opened back in July, Diddi offered to withdraw all evidence and return to the investigative stage after defense lawyers argued key evidence had been withheld from them.

The trial centers on a 2013 Vatican investment in London real estate, which ultimately saw the Holy See lose tens of millions of euros, and has become a high profile case within the church due to the allegations against former Cardinal Angelo Becciu, a one-time close ally of Pope Francis.

The defense argues that the case should be dismissed completely after prosecutors missed deadlines to hand over all evidence and share interrogations of the key witness, Monsignor Alberto Perlasca, making it impossible for the accused to mount a fair rebuttal of the charges.

The three-judge panel has adjourned the case to consider the prosecution’s proposal to essentially restart it once the defense has received all the requested information. Vatican procedures traditionally give the accused the ability to view all evidence prior to trial.

Ten people were on trial, including Becciu, with prosecutors claiming that the Holy See was defrauded and that individuals abused their office or engaged in corruption. Becciu has also been accused of witness-tampering, embezzlement and abuse of office. The former cardinal has denied any wrongdoing in the case.

Ahead of the trial, Pope Francis broke with tradition by handing the case over to a panel of lay judges, rather than having it overseen by cardinals and bishops, as normally occurs.