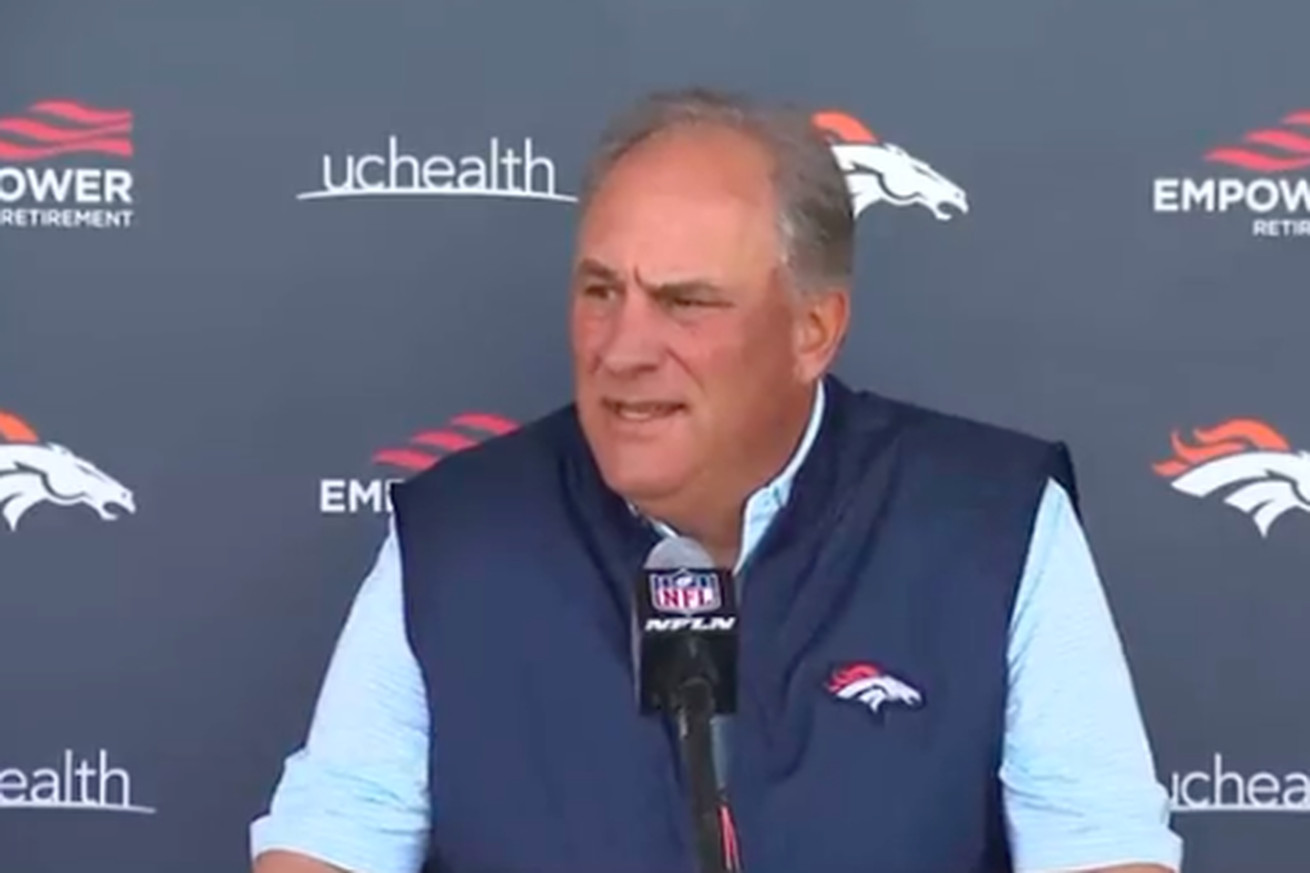 This complaint makes no sense.

Broncos head coach Vic Fangio did his best impression of “old man yelling at clouds” on Monday in his press conference. Fangio got heated discussing the Ravens’ decision to run the ball on the final play of the game to preserve their rushing yard streak, instead of kneeling out the game.

Broncos HC Vic Fangio thought the Ravens’ run at the end of the game was “kind of bull****” and notes he’s never seen anything like that in his 37 years of coaching in the NFL. pic.twitter.com/TltszwLKmW

“Yeah I thought it was kind of bullshit, but I expected it from them. You know, I’ve [got] 37 years in pro ball and I’ve never seen anything like that. But it was to be expected, and we expected it […] ‘Cause I know how they operate. That’s just their mode of operation. Player safety is secondary.”

The Ravens were attempting to tie history, becoming the second team of all time (and first since the 1974-77 Steelers) to have 43 straight games with 100+ yards of rushing. Denver, to their credit made it extremely difficult for Baltimore to reach the mark, requiring the Ravens to use the final play of the game to rush and keep the streak alive, rather than kneel out the win.

Fangio is within his rights to be pissed about an unwritten rule, as tends to be the case for old football guys. However, when you say “player safety is secondary” it’s utterly beyond the pale. If he was really concerned with player safety in the closing seconds of a lost game, then explain this.

That’s Vic Fangio, calling three time outs with less than 30 seconds remaining in the game, down 23-7 and needing three scores to actually win. It was an impossibility that the Broncos would score three times. Now, I’ll be the last to say the Broncos should have given up. I’m a big proponent of the idea of playing whistle to whistle, but you don’t get to come out and be all huffy about the Ravens running the ball and say it was some lack of care for the health of players when you extended the game by three meaningless plays with time outs.

I mean, if Fangio didn’t want the Ravens to keep the streak alive there was something he could have done: Let the clock run out. After all, that would have put player safety first — right Vic?