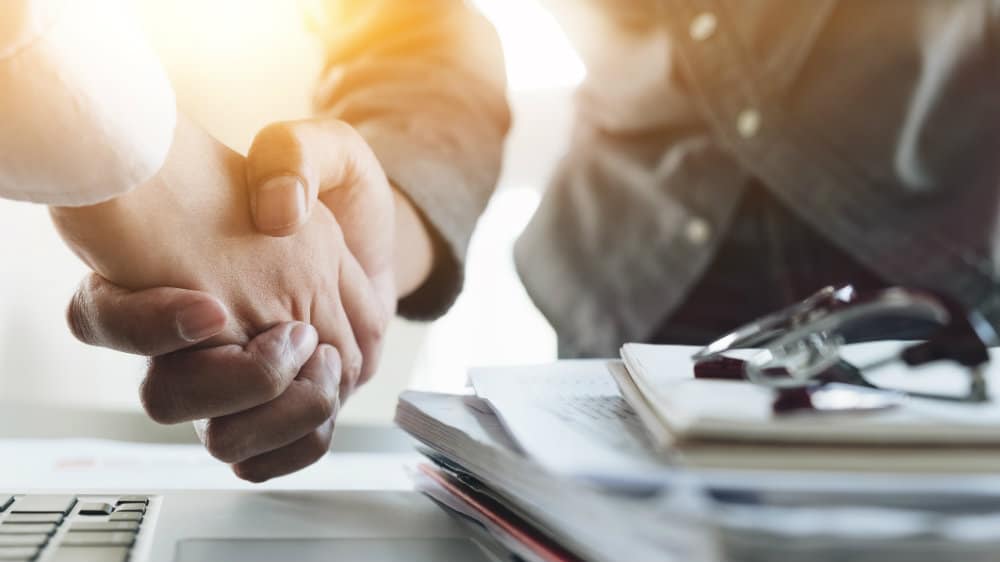 Takeovers of UK companies came thick and fast in the first half of 2021. According to financial data house Refinitiv, private equity firms alone splashed out £33bn — double their previous record.

Looking ahead to the second half of the year, City merger-and-acquisition specialists forecasted even bigger deals than the £7.2bn takeover of RSA Insurance that completed in the first half.

And in a 60-page report, broker Canaccord suggested that more than 200 UK companies — including £33bn-cap Vodafone — were potential targets.

In the mid-cap space, National Express confirmed it’s in talks to buy rival transport firm Stagecoach in an all-share deal.

And among the small caps, retailer French Connection announced it has received an indicative offer from a consortium of bidders valuing the company at £29m.

I think there’s one big takeaway for Foolish investors from all this activity. And it has nothing to do with buying stocks for a possible quick smash-and-grab profit. I’ll come back to my Foolish takeaway, but let’s first indulge ourselves a little in the parlour game of ‘Spot the Takeover Target’.

I haven’t got space to go through all the companies being touted in the City as takeover targets. But a number of them would be even bigger deals than DraftKings’ £16.4bn tilt at Entain.

BT Group is one. Deutsche Telecom and aggressive sector investor Altice (founded and controlled by French billionaire businessman Patrick Drahi) both have 12% holdings in the UK company. Deutsche has frequently been linked with a possible bid for BT, while few believe Altice’s “intention” not to make a takeover offer will last indefinitely.

Tesco is seen as an attractive target for private equity investors. Asda has already fallen to a take-private deal. Morrisons is currently the subject of a battle between two private equity bidders. And Sainsbury’s shares leapt in August on reports it was being courted by another private equity house.

SSE and GlaxoSmithKline are other UK giants billed as attractive takeover targets. In addition, they both have Elliott Investment Management — described by Bloomberg as “the activist investor that no CEO wants to hear from” — on their share registers.

Further down the Footsie, a host of companies feature as candidates for a bid. They include businesses as diverse as tobacco group Imperial Brands, medical devices firm Smith & Nephew, luxury fashion house Burberry and B&Q owner Kingfisher.

Outside the FTSE 100, dozens more companies have been touted as potential targets.

Why the UK is a hotbed

The depth (size) and breadth (range of industries) of UK firms that have been taken over, or are currently considering offers or on target lists, is breathtaking.

Clearly, the upheaval of the pandemic has created opportunities for trade buyers to acquire rival businesses and private equity groups to deploy the cash they hoarded last year. But why is the UK such a hotbed of activity? I think that’s pretty clear too.

The overall UK equity market is currently valued at a wider discount to the US and European markets than has historically been the case. Trade buyers and private equity houses evidently consider many UK businesses to be more valuable than they’re being priced at in the market.

I see this reinforced when I look at UK firms that received and rebuffed offers in the pre-pandemic years. For example, mid-cap gold miner Centamin fought off an approach from Endeavour Mining pitched at around 120p a share. The shares are currently trading below 100p.

Investors who happened to buy shares in the likes of Entain or Morrisons just before the takeover approaches were unveiled are currently sitting on windfall gains of one magnitude or another. Entain’s shares are up around 13% and in the case of Morrisons it’s over 60%.

However, as I mentioned earlier, my big Foolish takeaway from the takeover frenzy has nothing to do with buying stocks in the hope of a quick smash-and-grab profit. Rather, it’s that many UK stocks are undervalued. And I think it could be a great time for Foolish investors to buy in to well-run businesses with a view to reaping the rewards of long-term ownership.

The possibility of a takeover at a premium price is merely a bonus.

The post Which UK companies could be the next takeover targets? appeared first on The Motley Fool UK.

Do these 3 FTSE 100 stocks deserve to be hated?
How to prepare for a stock market crash in October 2021
This UK stock just hit an all-time low. Is it time to buy?
Where will the IAG share price go in October?
No more amber list! Here’s the UK’s new and simplified travel rules

Graham does not own any shares mentioned in this article. The Motley Fool UK has recommended Burberry, GlaxoSmithKline, Morrisons, and Tesco.