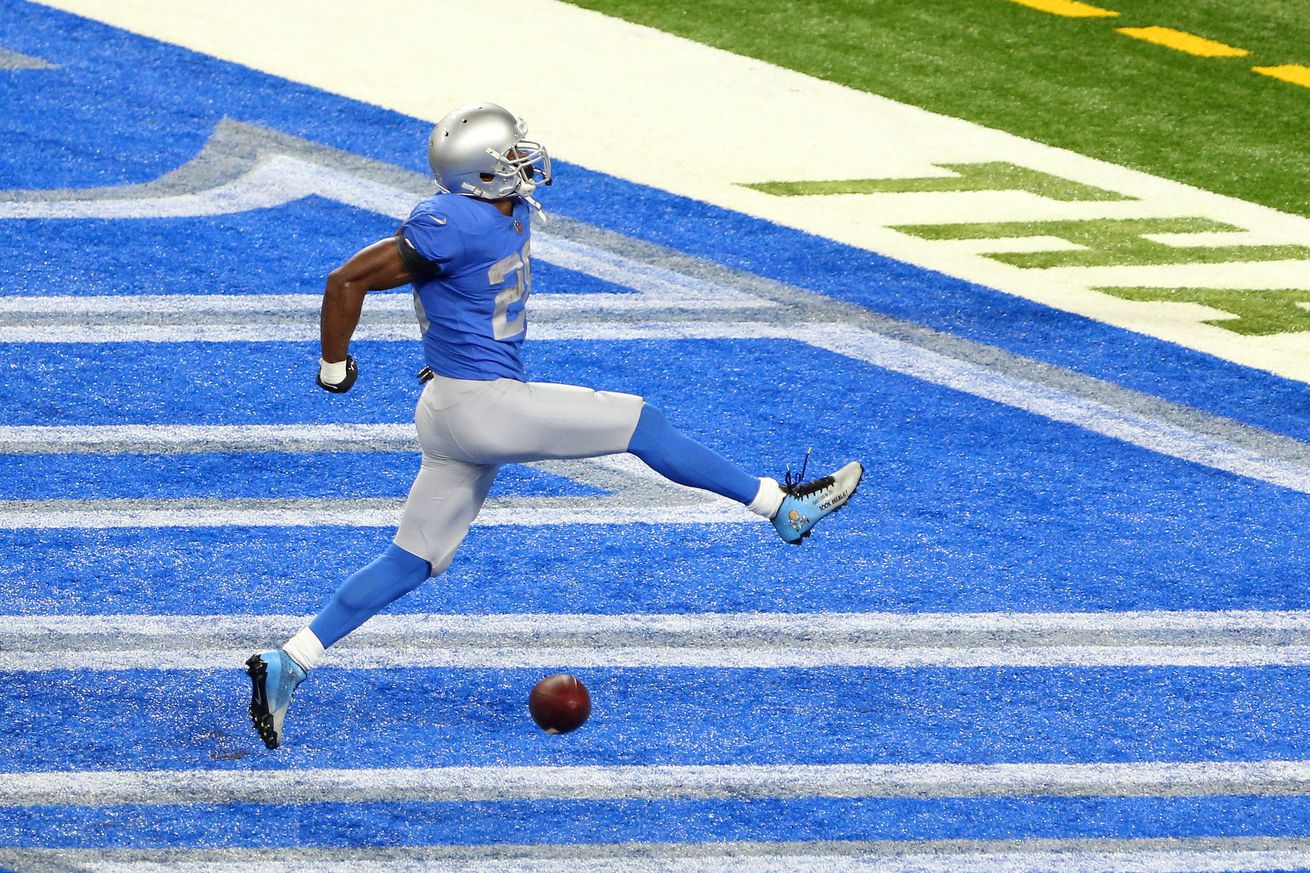 The Lions’ sad history of playing on Thanksgiving.

Thanksgiving is a holiday of endurance and stamina. Every aspect of the cherished day is mired in this unalienable truth. How much can you push your body with food? How long can you mentally endure conversation with family? Can you make it through dessert without falling asleep?

We understood the mental toll of Thanksgiving to such an extent that we invented “Friendsgiving,” a whole separate chance to gorge ourselves with the people we really want to hang out with.

There has been a constant in the background of all this. An ever-present figure: The Detroit Lions. Their role as part of our day is as inexplicable as the racist uncle nobody likes, but who is always invited to the Thanksgiving table out of duty. Sure, the Cowboys also play on Turkey Day each year, but it’s always been understandable that a team with such a national following would play on a national level. The Lions, on the other hand, well, they just kind of turn up — half drunk, screaming about their ex wife, reminiscing about their glory days during the Eisenhower administration, before falling asleep with a lit cigarette in this hand and burning a hole in the sofa.

So, why DO the Lions play on Thanksgiving every year?

When the Lions moved to Detroit in 1934, owner G.A. Richards was hellbent on starting a new tradition. He proposed the Lions and Bears play on Thanksgiving, which turned into a massive success. Radio broadcasts of the game were listed to far beyond Michigan and Illinois, and giving people football on the holiday proved to be just what the nation wanted.

While people tend to think the NFL picked Detroit to play on Thanksgiving, really it’s the opposite. The Lions started the entire Thanksgiving football tradition, and the league still honors that contribution by having them always play — no matter how bad their games tend to be.

The Lions die on Thanksgiving almost as often as turkeys

The holiday has been, well, let’s say “unkind” to the Lions. That original game in 1934 was a loss to George Halas’ legendary Bears, and to be honest, it hasn’t gotten a lot better since.

There was a time where Detroit were highly competitive, but that’s evaporated along with the auto industry, I’m afraid. Overall the Lions are 37-42-2. That might not sound too bad, but it’s been brutal over the last 20 years, where the Lions have been 5-15.

Despite this, we still love them

There was a time where I’d get irrationally angry at the idea of the Lions always playing on Thanksgiving. A stupid, ludicrous disagreeableness that we didn’t really get “good” football on the holiday. As I’ve gotten older I now realize the Lions are a part of our tradition, we build new habits around them playing.

For instance, I’ve learned that the Lions game is nap time. Every family is different, but we tend to do a brunch during the Thanksgiving parade, then eat late afternoon. This makes the 12:30 p.m. ET kickoff PERFECT. I can mimosa out in the morning, zonk out on the couch to bad football, and wake up just in time for better games to start, and help out with finishing the last steps of cooking.

There’s value in all this. The constant reliability of seeing the Lions on Thursday, wrapping us in a warm hug of mediocrity. The world is unpredictable, and scary. It’s often infuriating — but the Lions are always there to tell us things will be okay.

So, what’s this year’s game then?

Well, if you’re excited for terrible football goodness we have a great one for you! The 0-9-1 Lions are hosting the 3-7 Chicago Bears who will be led by Andy Dalton. That’s some atrocious football worthy of praise, and we really could see Detroit win their first game of 2021.

I’d love to see that happen. Just a shame I’ll probably be asleep.